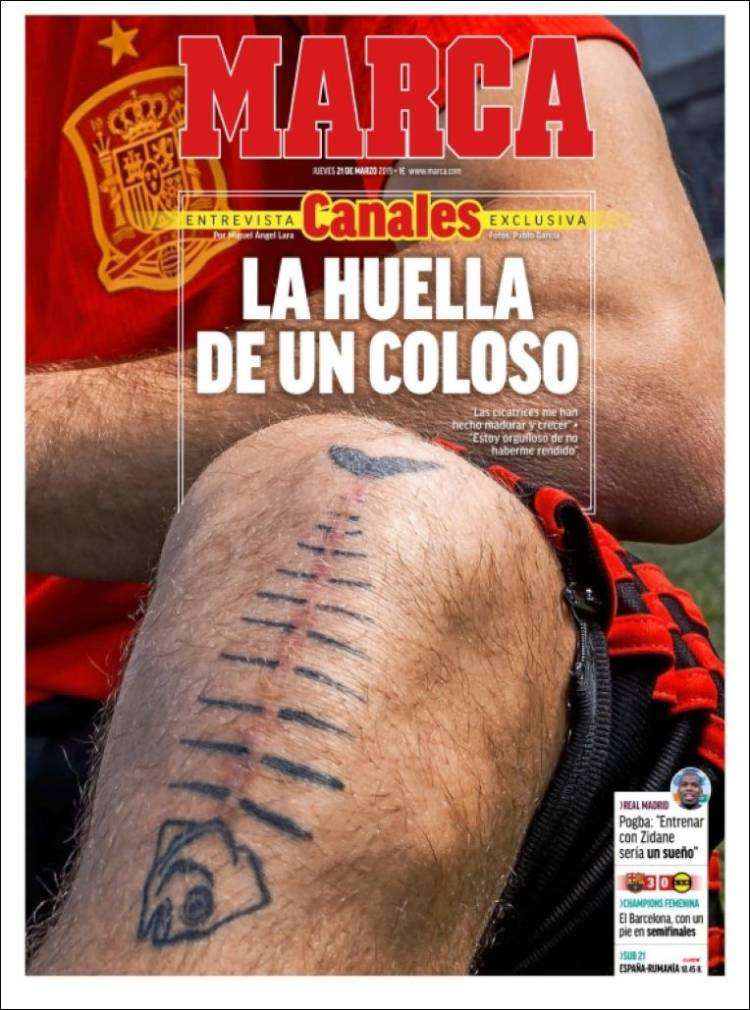 The footprint of a colossus

Pogba: "To be trained by Zidane would be a dream" 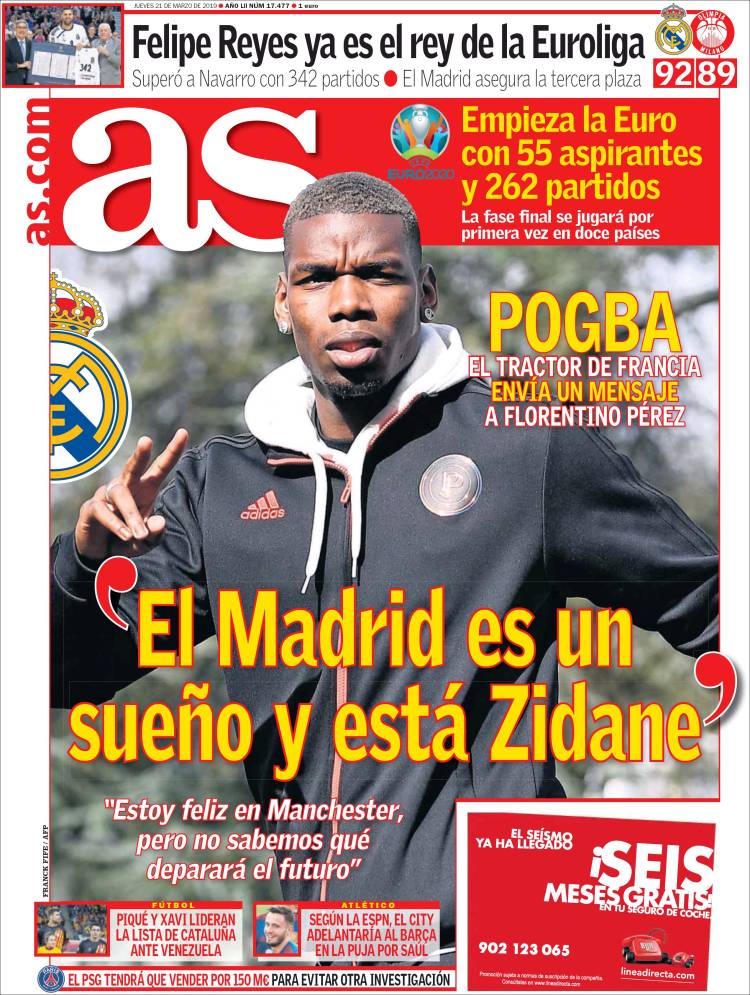 "Madrid are a dream and it's Zidane"

"I'm happy in Manchester, but I don't know how my future will unravel"

Start of the Euros with 55 aspiring teams and 262 matches

Pique and Xavi to lead Catalonia against Venezuela

According to ESPN, Manchester City are in for Saul

PSG to have sell 150m to avoid another investigation 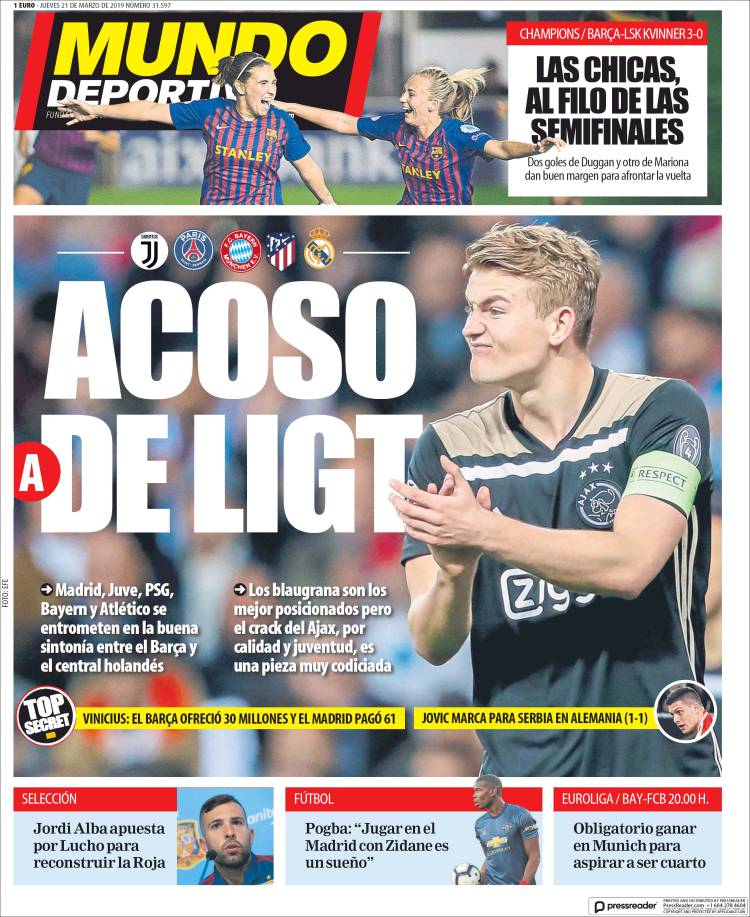 Jovic scores for Serbia in Germany

Pogba: "To play at Madrid with Zidane would be a dream"