Today's front-page headlines from Marca, AS and Mundo Deportivo…. 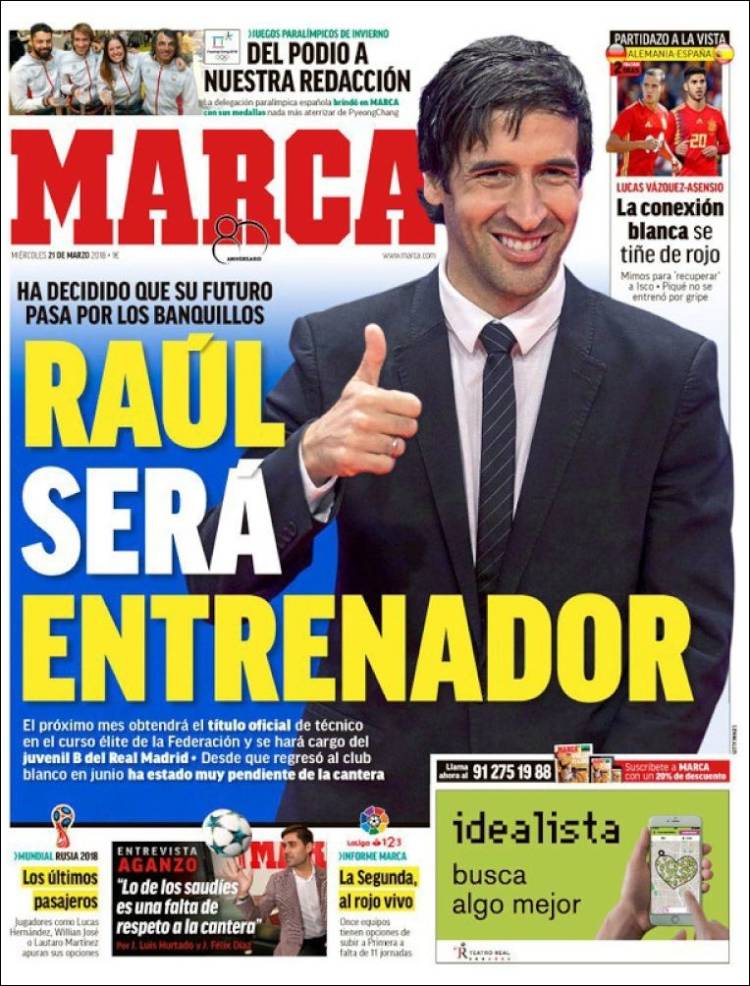 He has decided that his future lies in dugouts

Since returning to Los Blancos in June, he has been following the 'cantera' closely

Ahead of the big game

The Blancos connection is dyed red

"The Saudis are a lack of respect to the 'cantera'" 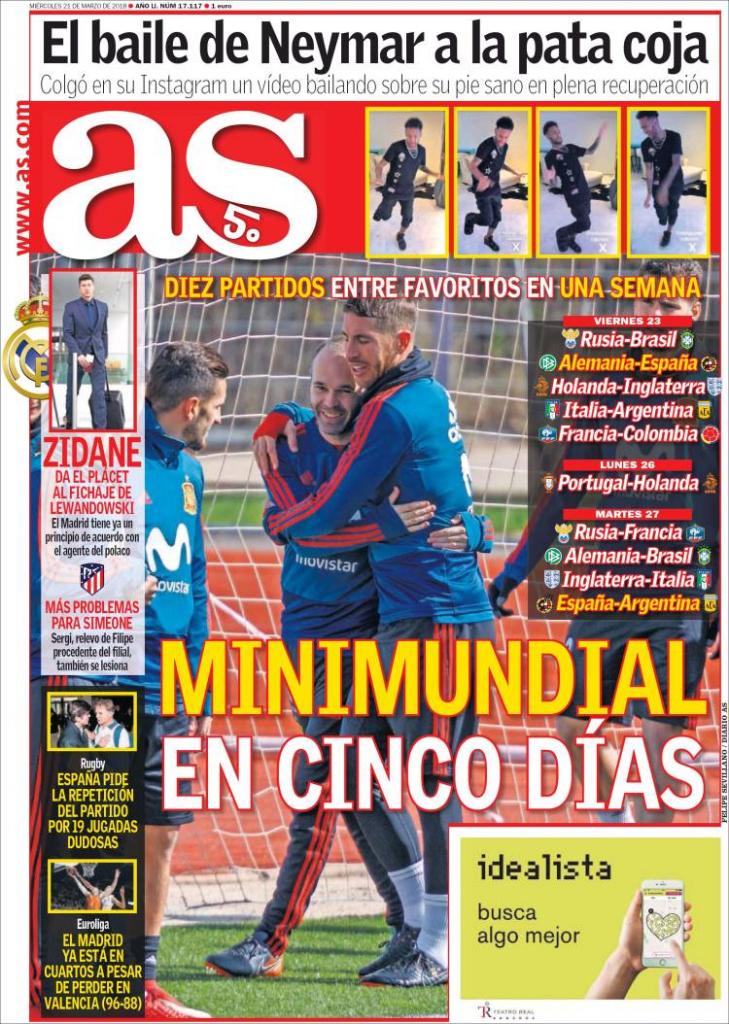 Neymar dances with one foot

An Instagram video shows him dancing with his right foot, which is making a full recovery

Eleven games between the favourites in a week

Gives his approval to the signing of Lewandowski 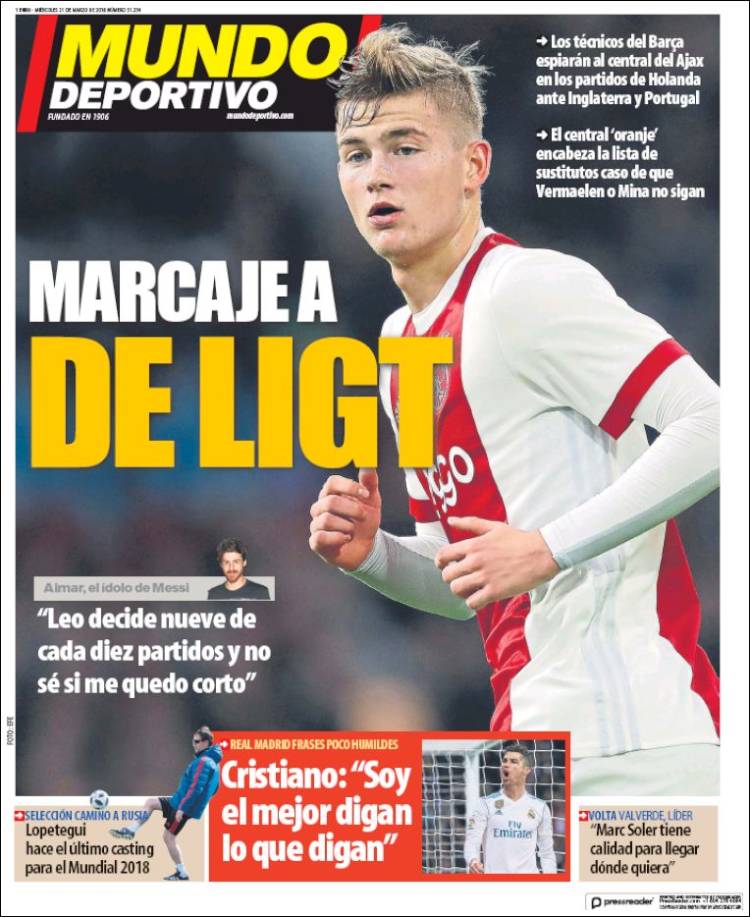 "Leo decides nine out of every 10 games, maybe more"

Cristiano: "I'm the best, regardless of what they say"