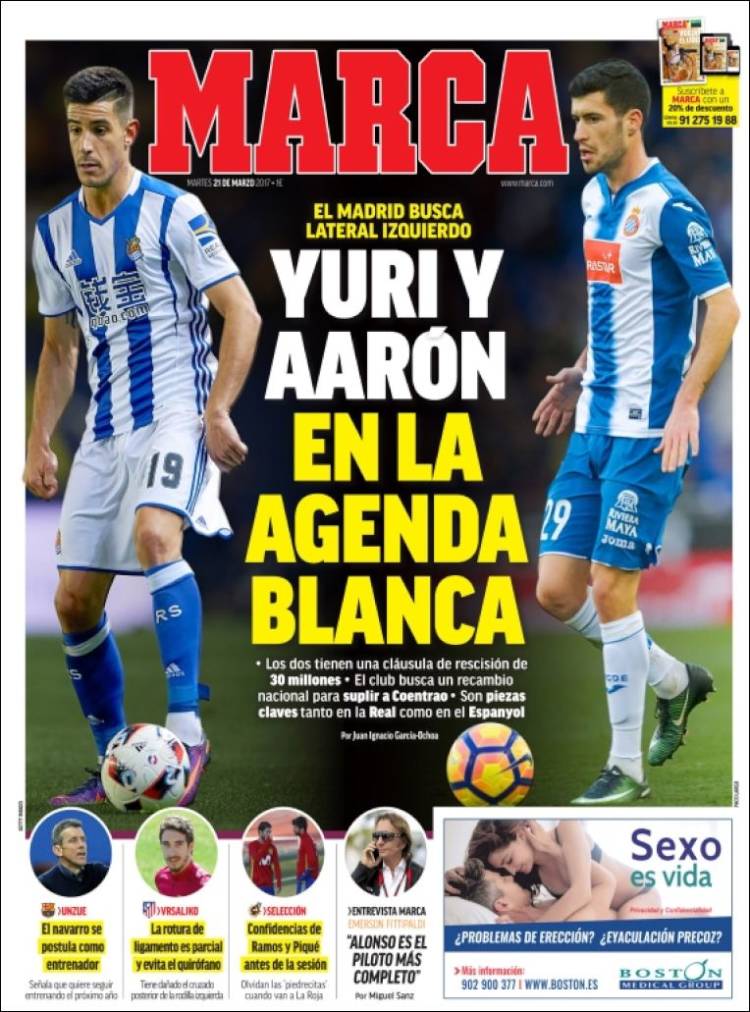 Madrid look for a left-back

The pair have a €30m release clause

The club are looking for a Spanish alternative to Coentrao

They are key players for both La Real and Espanyol

The Navarrese is running to be Coach

Ligament rupture is partial and he avoids surgery

Ramos and Pique confide in each other before training 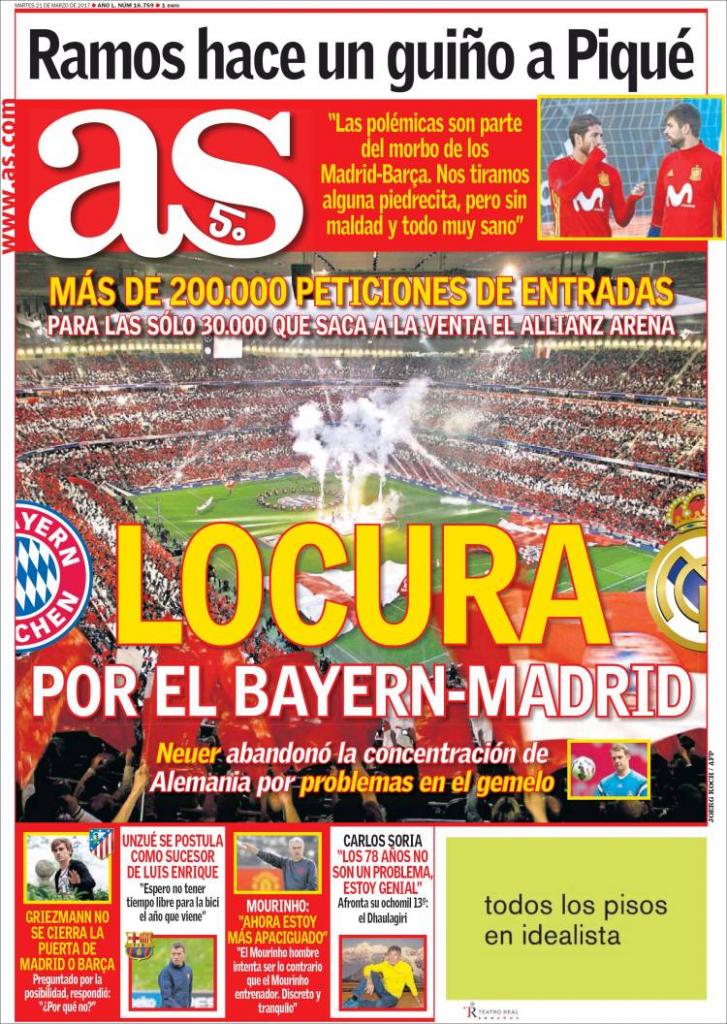 For only the 30,000 that the Allianz Arena put on sale

"The controversies are part of the hype surrounding Madrid-Barca. We throw some pebbles, but without malice and everything is very healthy”

Griezmann does not close the door on Madrid or Barca

Unzue in the running to replace Luis Enrique 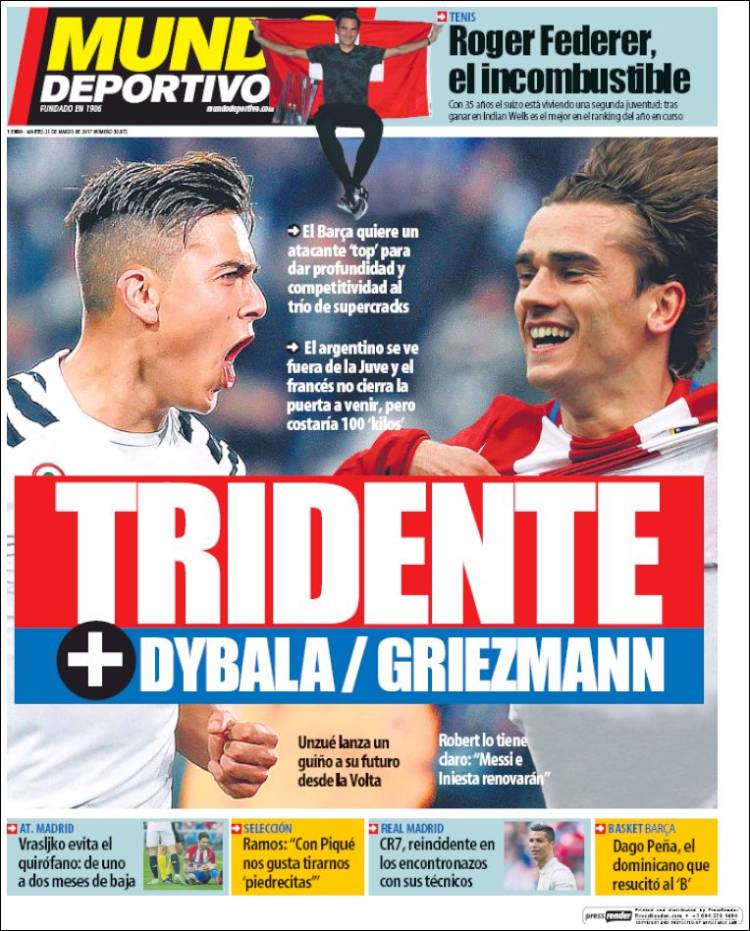 The Argentine’s future is seen to be away from Juve and the Frenchman does not close the door on joining, although he would cost €100m

Unzue drops a hint on his future

Robert is clear: “Messi and Iniesta will renew”

Vrsaljko avoids surgery: one to two months out

CR7, a repeat offender in clashes with his Coaches