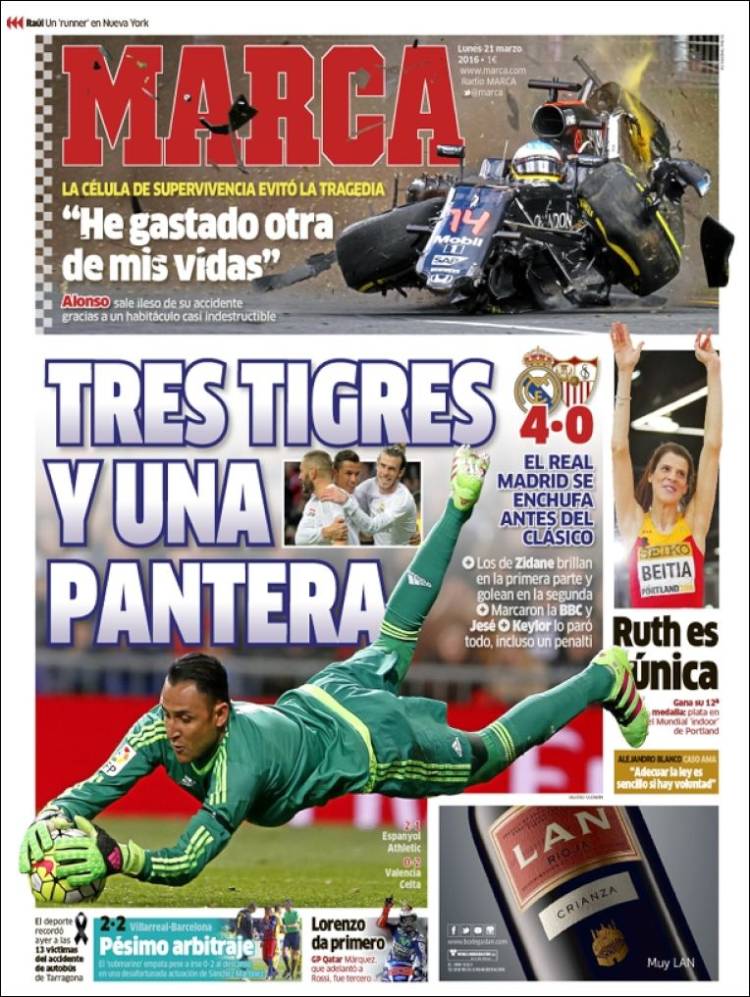 Three tigers and a panther

Real Madrid are plugged in before the Clasico

The ‘BBC’ all scored, plus Jese

Keylor saved everything, even a penalty 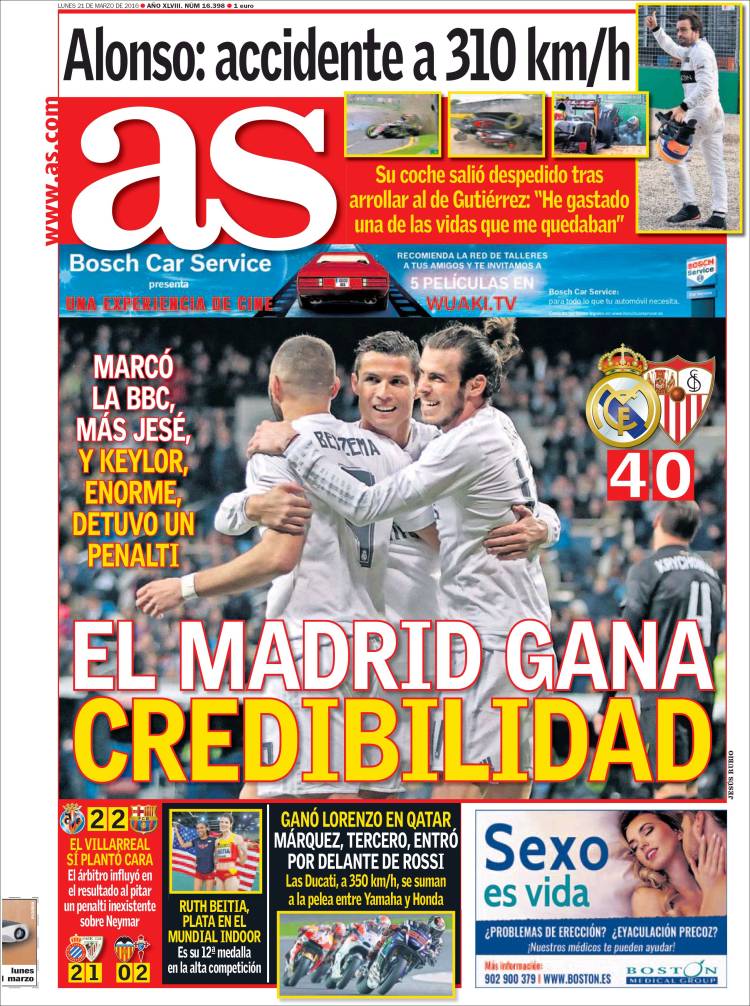 The ‘BBC’ and Jese scored as Keylor was huge, saving a penalty 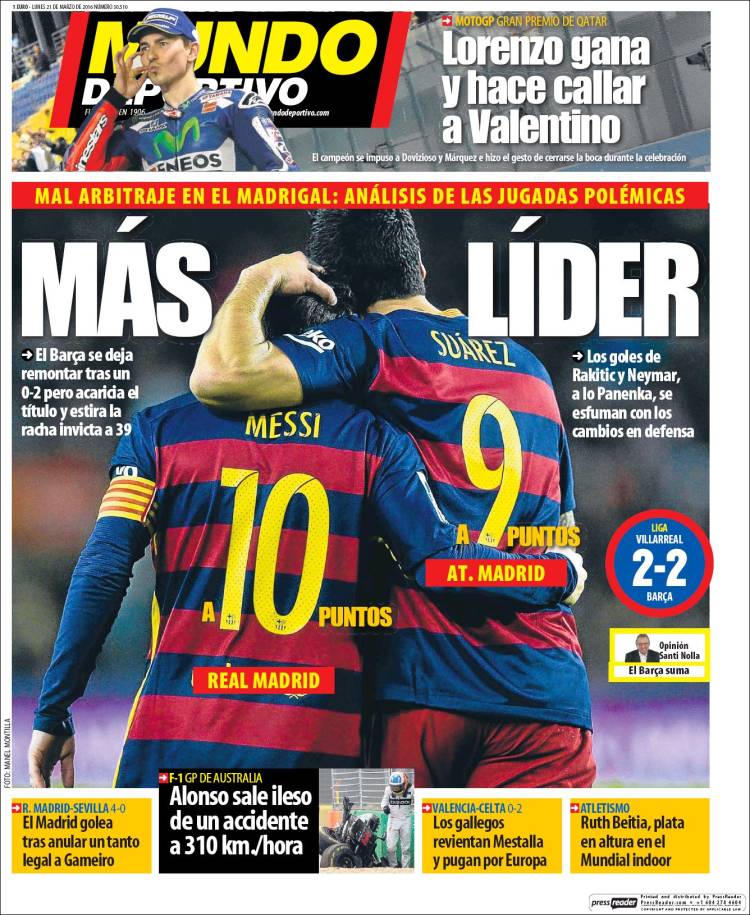 Goals from Rakitic and Neymar, who scored a Panenka, vanish with changes in defence

The Galicians rile Mestalla and close in on Europe