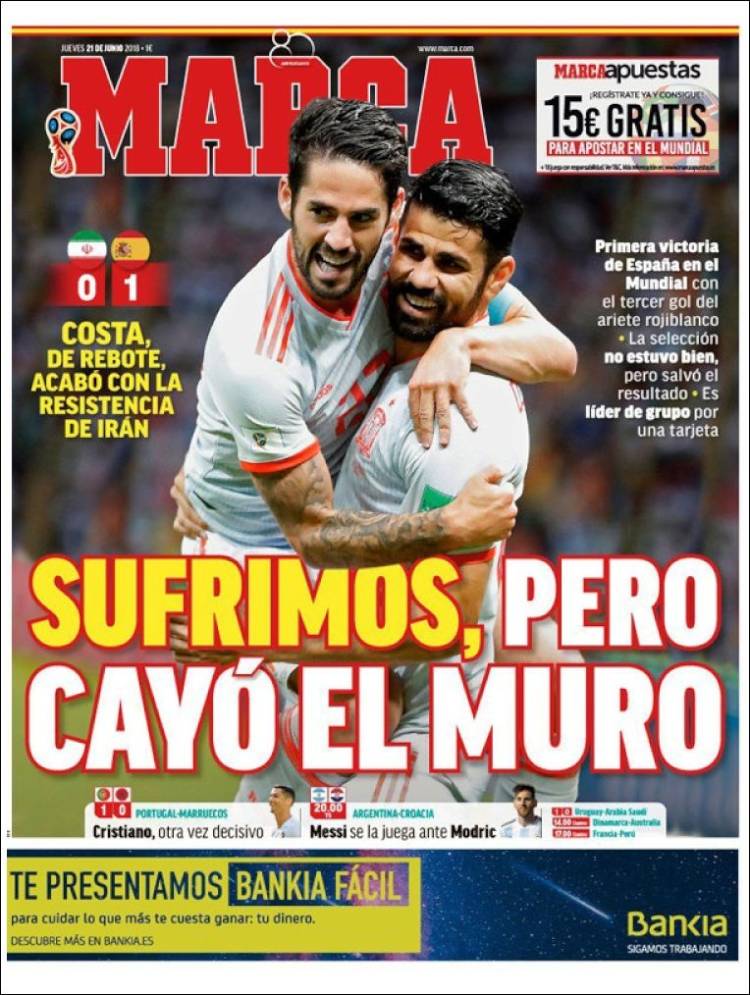 We suffered but the wall fell

First victory for Spain at the World Cup, third Costa goal, Spain not good but got the result, group leaders on yellow cards

Messi up against Modric 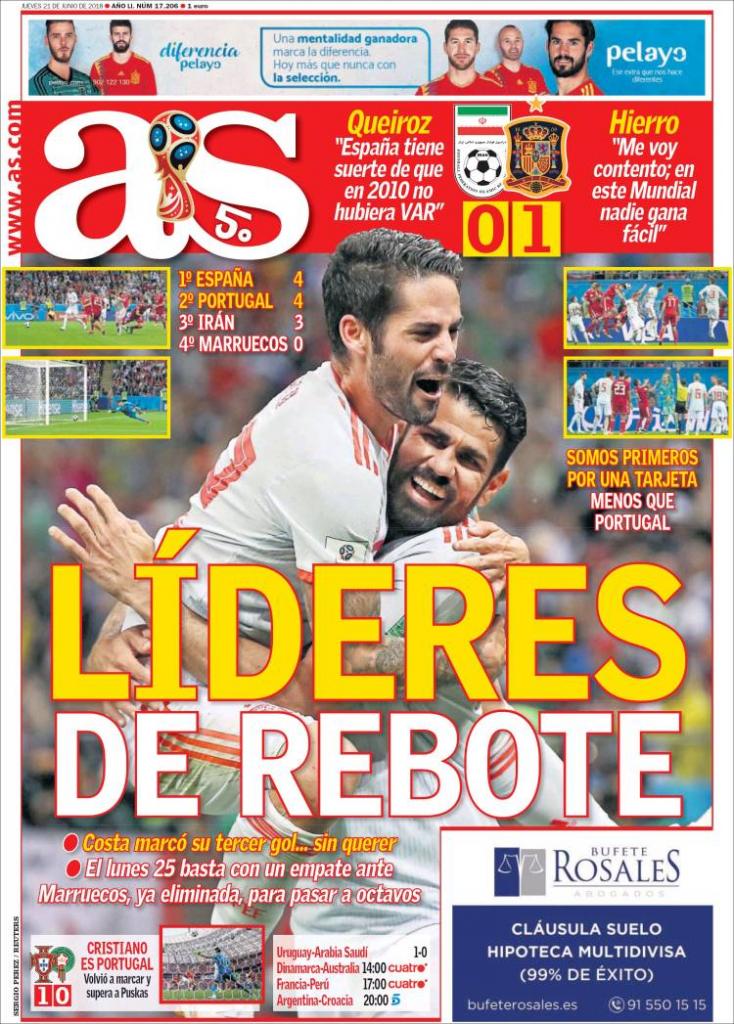 We are top because of one card less than Portugal

Hierro: I'm happy, in this World Cup no win is easy 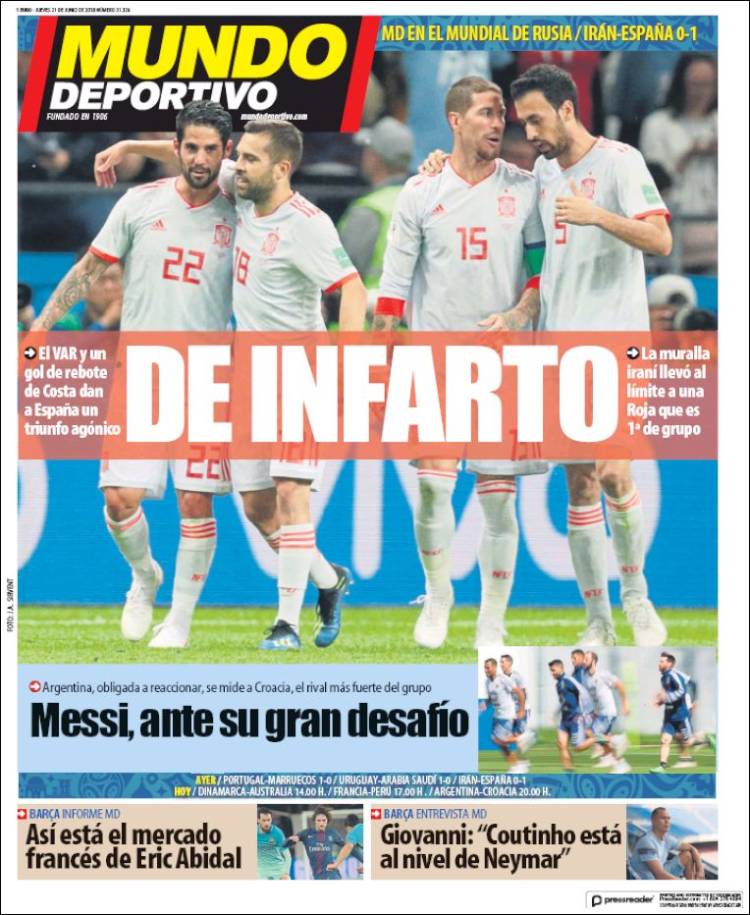 VAR and a Costa rebound give Spain an agonising triumph

Iran's wall limits Spain, who are 1st in the group

Messi, against a big challenge

This is the French market of Abidal

Giovanni: Coutinho is at Neymar's level