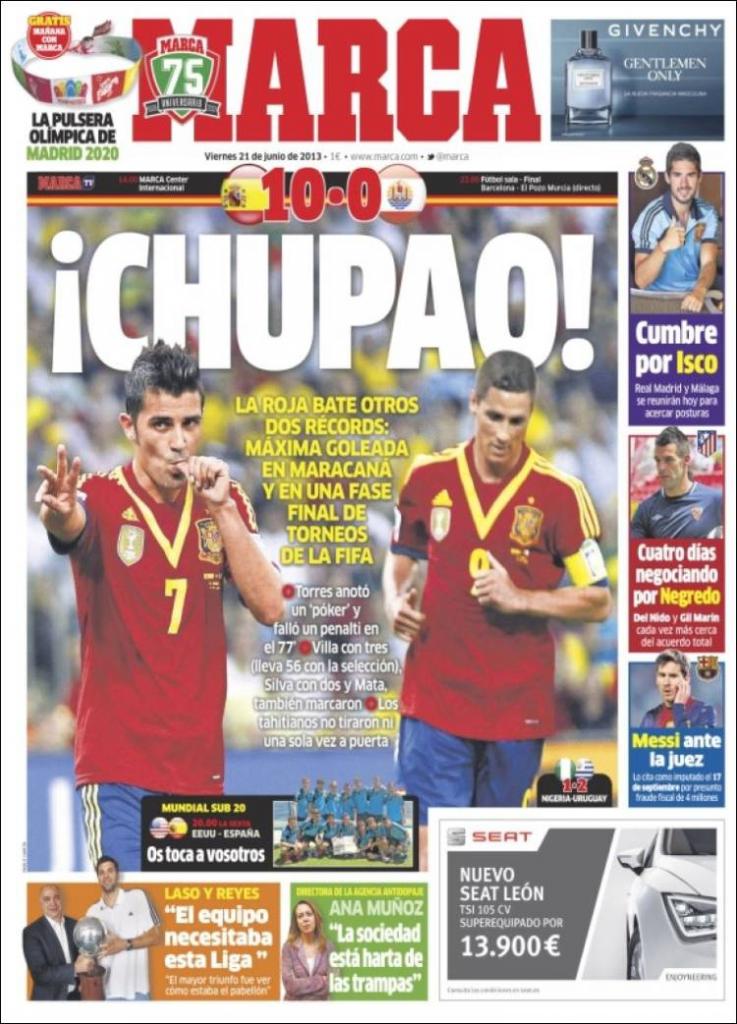 Torres scores but misses a penalty on 77 minutes

Villa with three goals (he now has 56 goals with the national team), Silva got two and Mata also scored

The Tahitians did not even have one shot on goal

Summit for Isco: Real Madrid and Malaga to meet today to discuss his future

Four days of negotiating for Negredo

Del Nido and Gil Martin closer to an agreement every day

Messi to go before the judge: the day he is set for September 17 where he will defend his alleged 4€ million tax fraud

"The major triumph was for the club's flag"

Director of the antidoping agency, Ana Munoz: "Society has had enough of cheats" 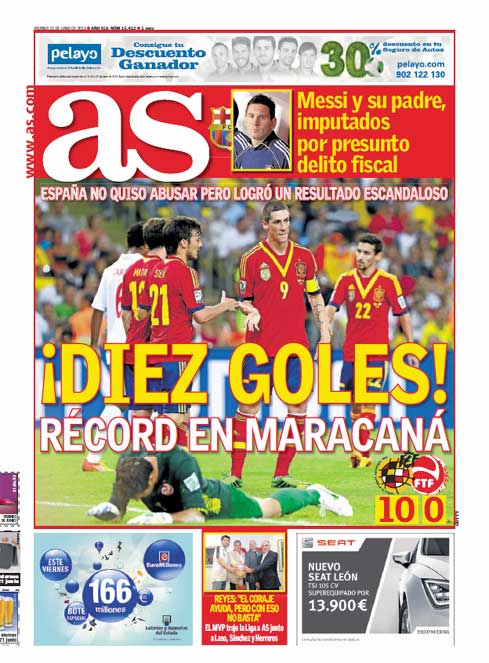 Reyes: "Courage helps, but, that is not enough only"

The man-of-the-match brings La Liga to AS together with Laso, Sanchez and Herreros 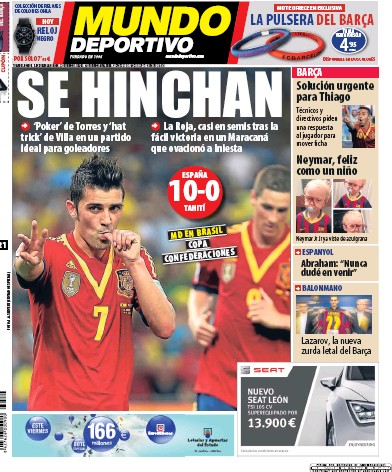 Thiago solution: Coaches and directors ask for an answer from the player regarding his intentions

Neymar, happy as a baby

Real Madrid, without a coach, without signings, but with nerves