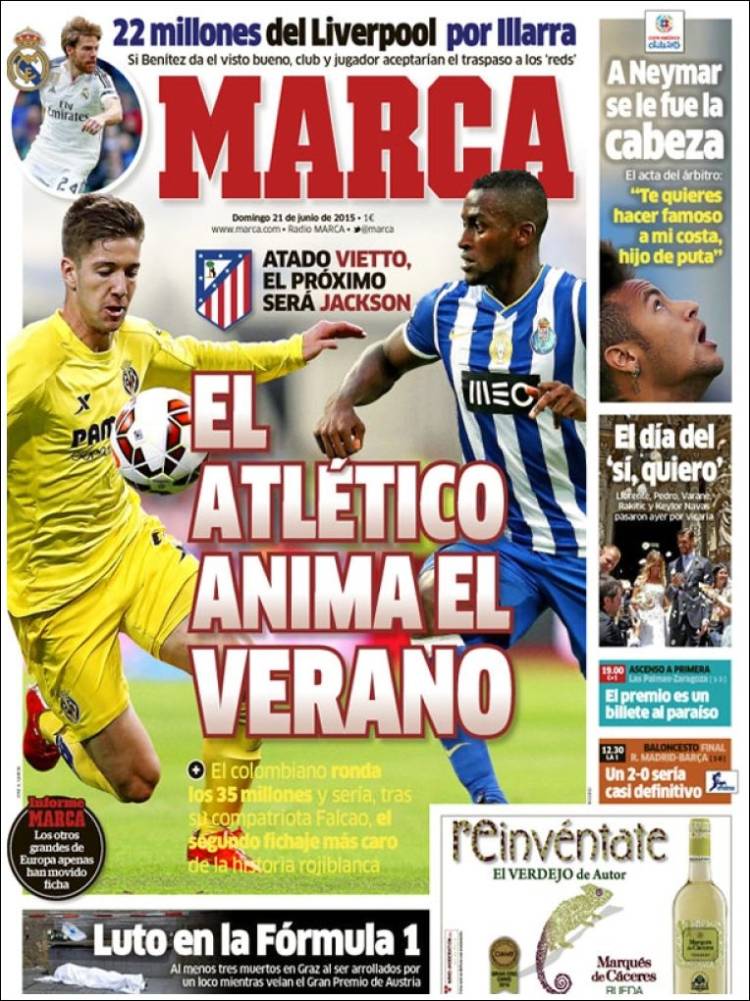 Atletico fired up for the summer

Vietto tied up, Jackson is next

The Colombian is worth around €35m and would, after his compatriot Falcao, be the second most expensive signing in the club’s history

If Benitez gives the go-ahead, the club and player will accept the Reds’ offer

Neymar told the referee: “You want to make yourself famous at my expense...”

The prize is a ticket to paradise 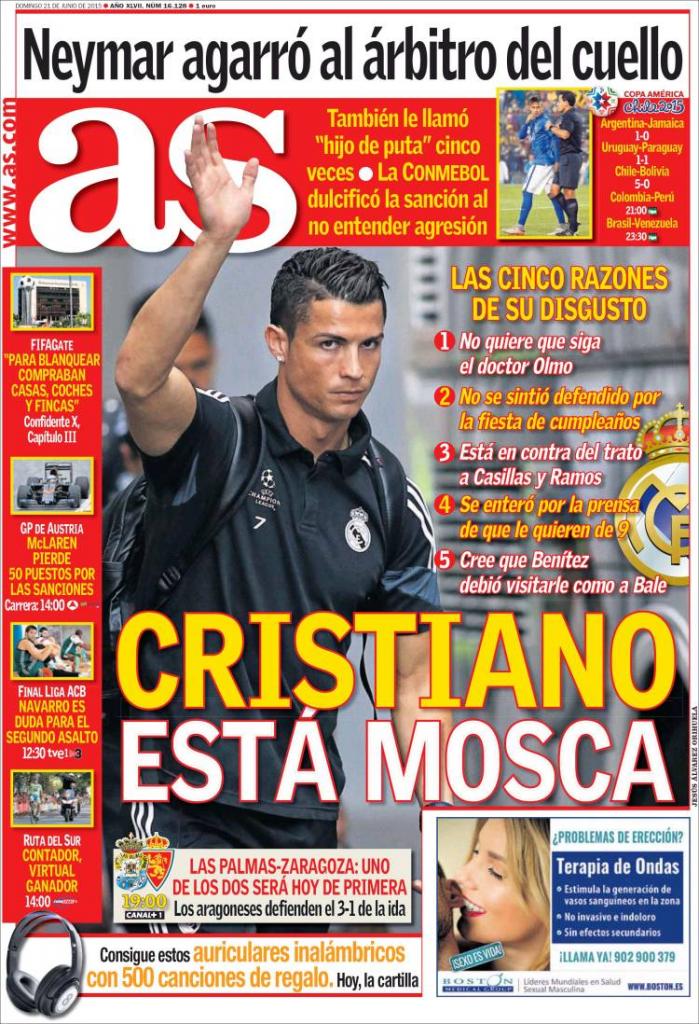 Cristiano kicks up a mood

The five reasons for his unhappiness:

1. He doesn’t want to continue working under Dr. Olmo

3. The treatment of Casillas and Ramos

4. Learned from the press that he wants to play No 9

5. Believes Benitez must visit him like he did for Bale

CONMEBOL softened the punishment by not understanding aggression

Las Palmas-Zaragoza: One of the two teams will be promoted today 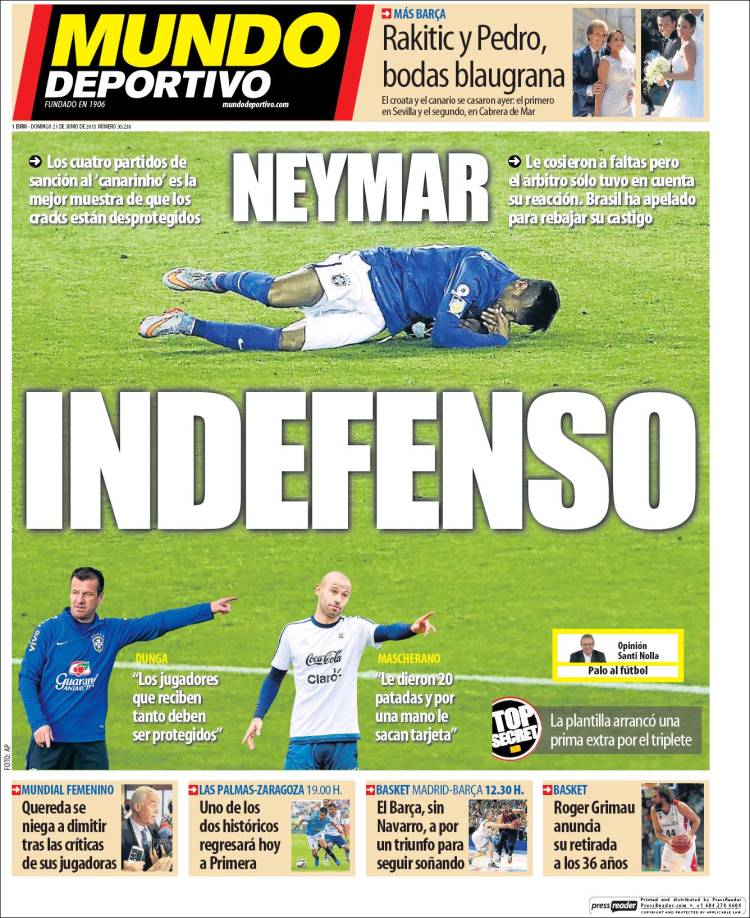 He was stitched up during the game, but the referee only took into account his reaction - Brazil appeal to have his punishment reduced

Dunga: Players who take lots of fouls must be protected

Mascherano: He got 20 kicks and booked for a hand