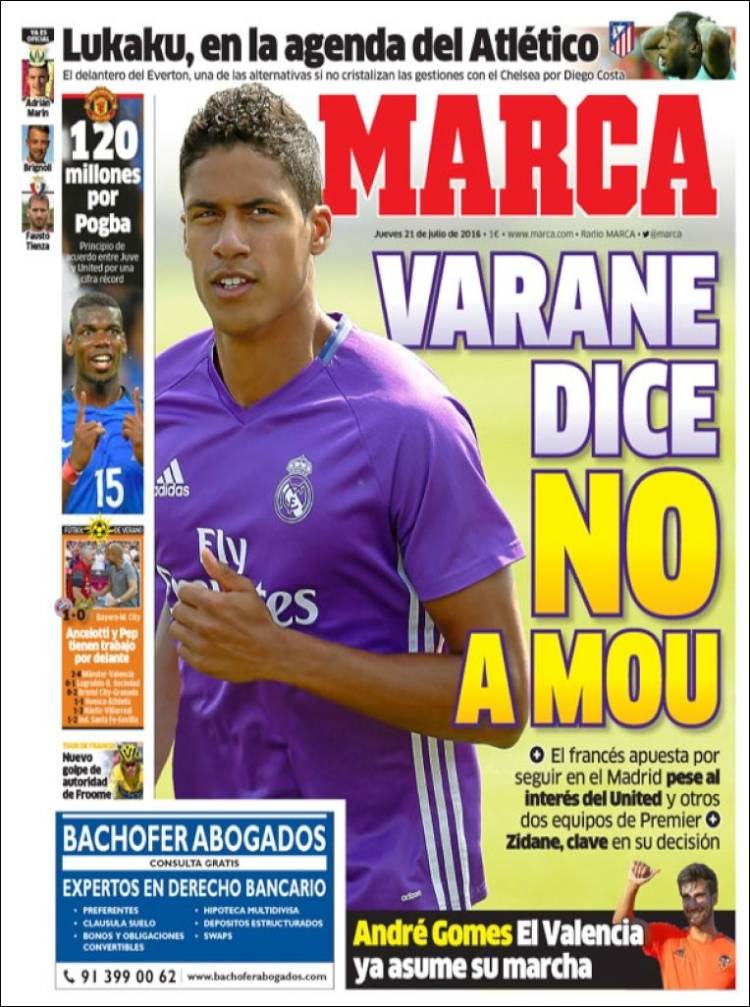 The Everton forward, one of the alternatives if they don’t crystalize the negotiations with Chelsea for Diego Costa

Varane says no to Mou

Zidane, key to the decision

Agreement in principle between Juve and United for a record offer

Ancelotti and Pep have work ahead 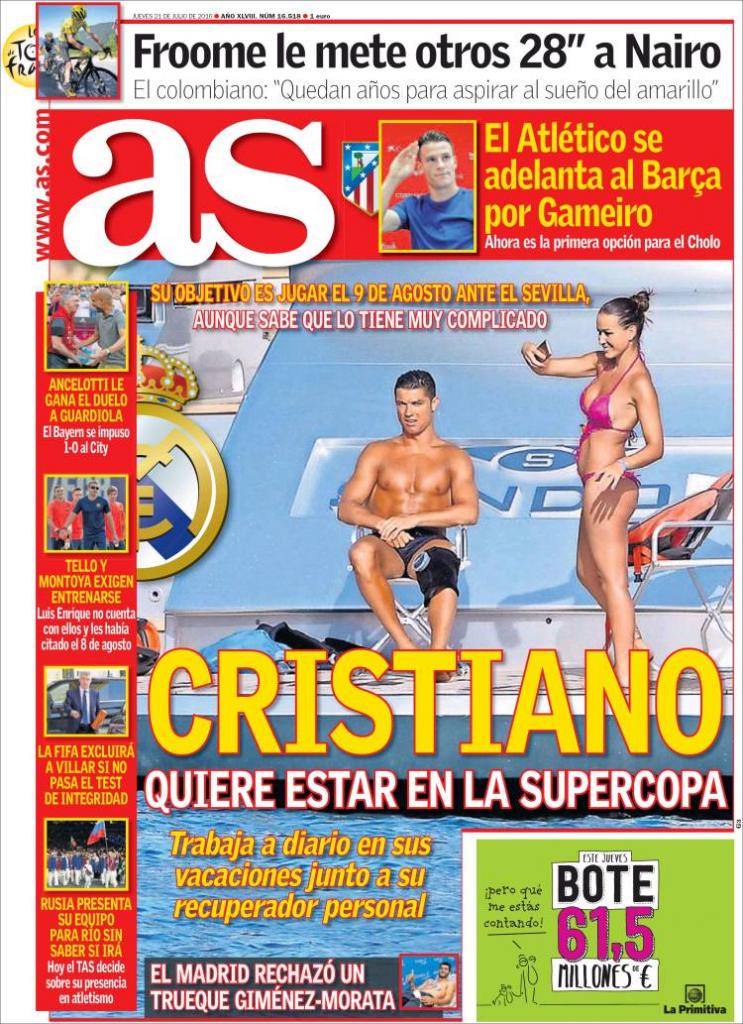 Atletico ahead of Barca for Gameiro

Cristiano wants to be in the Super Cup

Working daily on holiday along with his personal trainer

Ancelotti wins the duel with Guardiola

Montoya and Tello demand to train

FIFA exclude Villar if he doesn’t pass the integrity test 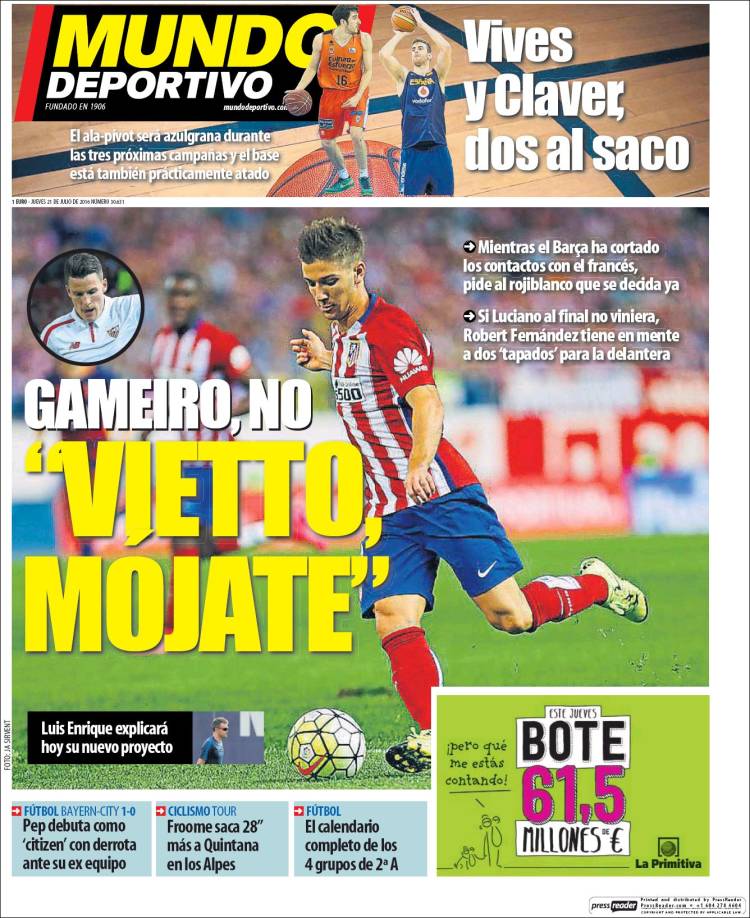 While Barca have cut contacts with the Frenchman, they ask the Rojiblanco to decide

The calendar complete for the four groups of 2A