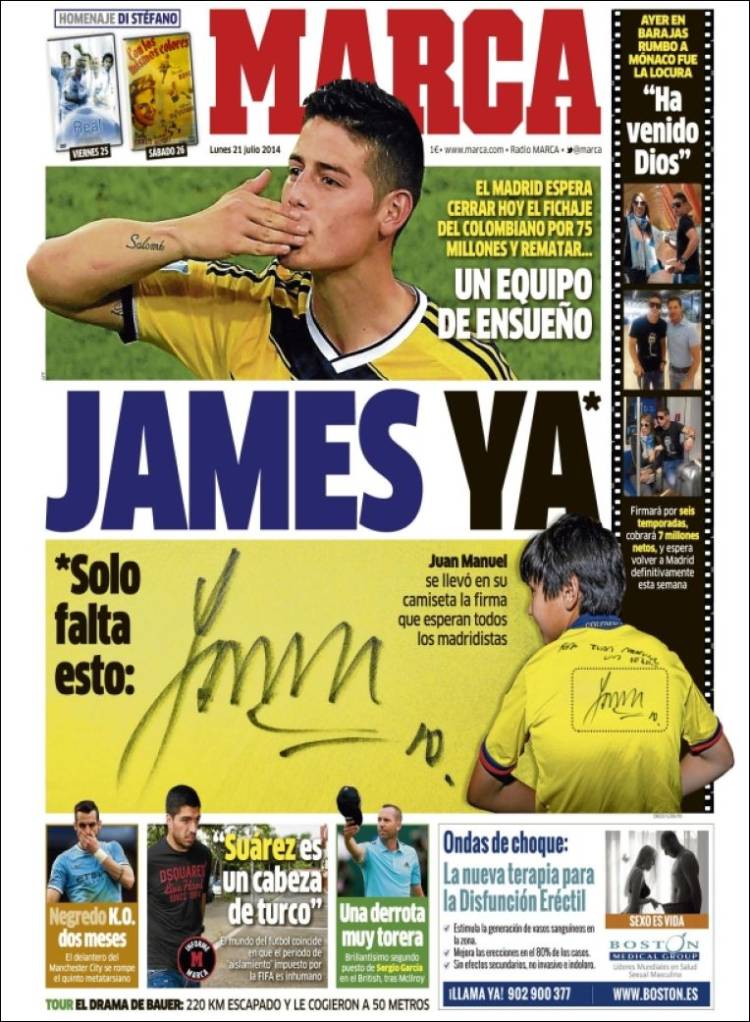 James done, the only thing missing is his signature

Yesterday at Barajas heading for Monaco was the madness

He will sign for 6 seasons, earn €7m a year and hopes to return to Madrid for definite this week

Negredo out for two months

'Suarez is a scapegoat' 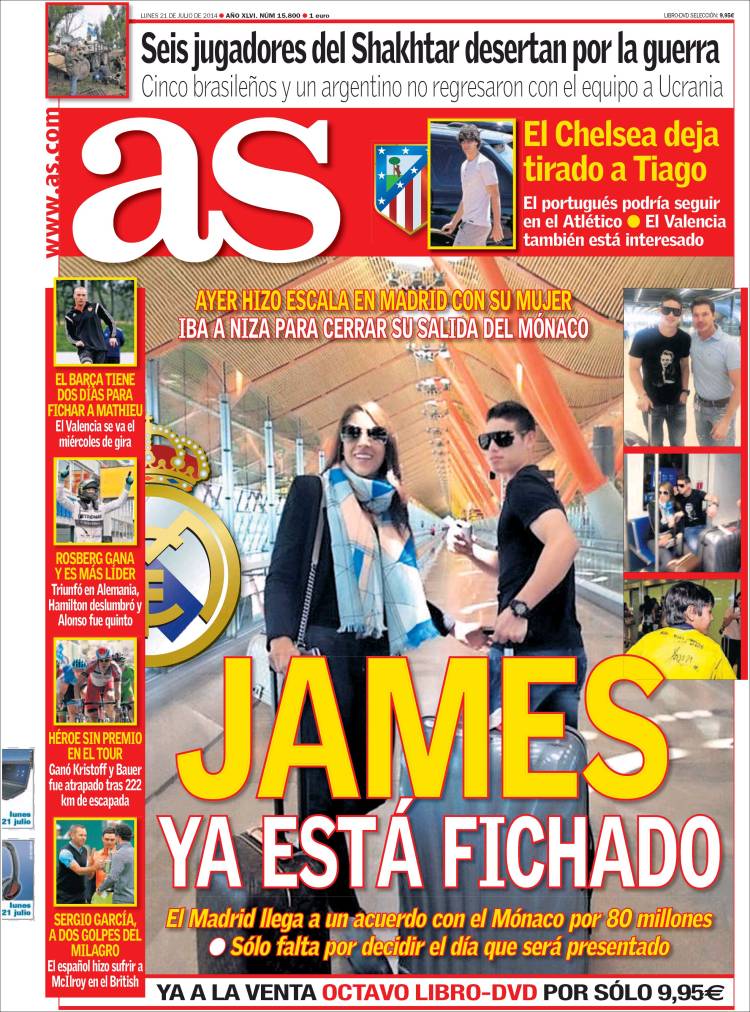 Madrid come to an agreement with Monaco for €80m

Yesterday he stopped off in Madrid with his wife

He went to Nice to deal his departure from Monaco

Six players from Shakhtar leave because of the war

Five Brazilians and an Argentinean won't return to the Ukrainian team

Chelsea leave Tiago in the lurch

The Portuguese could continue with Atletico

Valencia go on tour on Wednesday 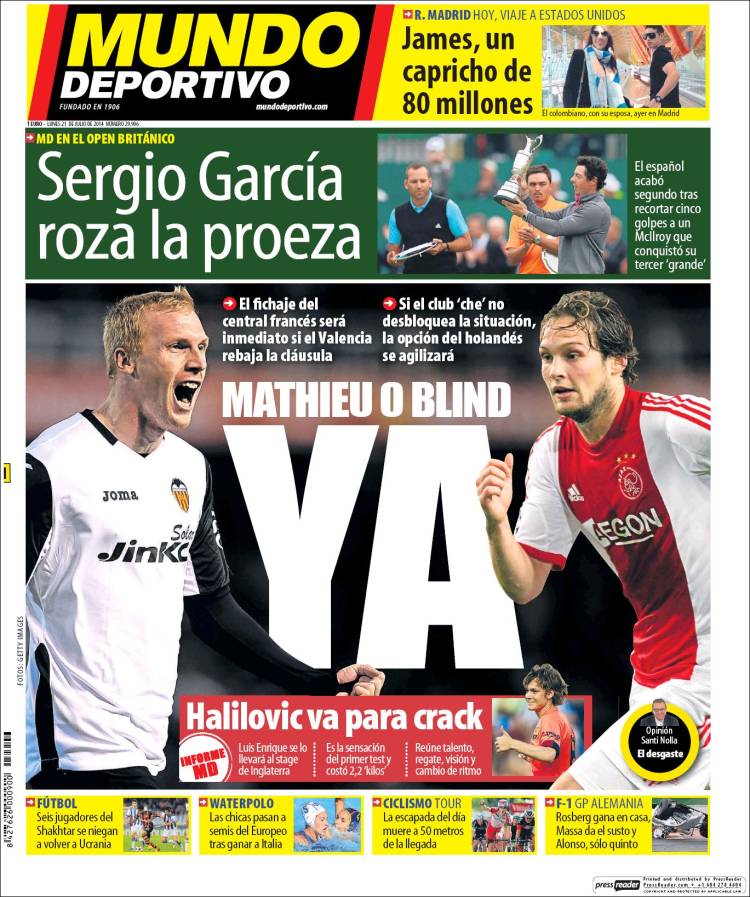 If the Che club don't unblock the situation, the Dutch option will speed up

Halilovic is going to be a star

Luis Enrique will take him to England

He combines talent, dribbling, vision and change of pace

Six players from Shakhtar refuse to return to Ukraine