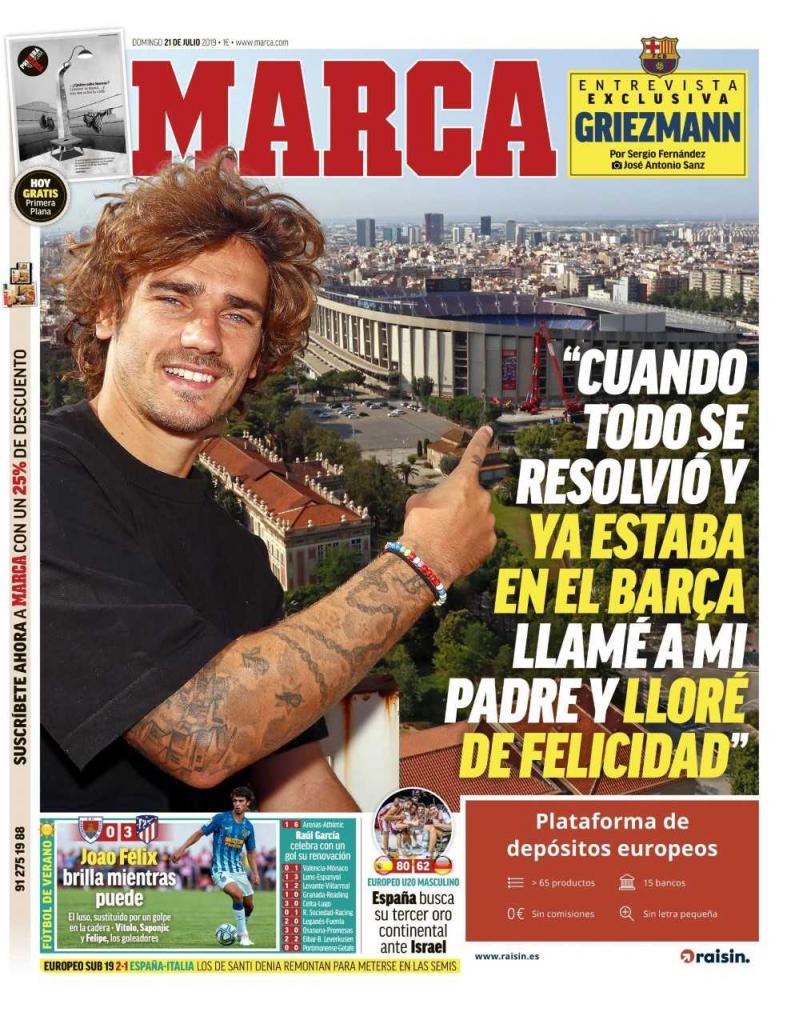 FC BARCELONA: Antoine Griezmann Exclusive 'When everything was finalised with Barca, I phoned my father and cried tears of happiness.'

ATLETICO MADRID: Joao Felix performs well on his debut, but is substituted with a hip injury, as Vitolo, Ivan Saponjic and Felipe Monteiro score in their 3-0 pre season friendly win over Numancia.

SPAIN U19: Santi Denia's side comeback from 1-0 down to beat Italy and qualify for the U19 European Championship semi finals. 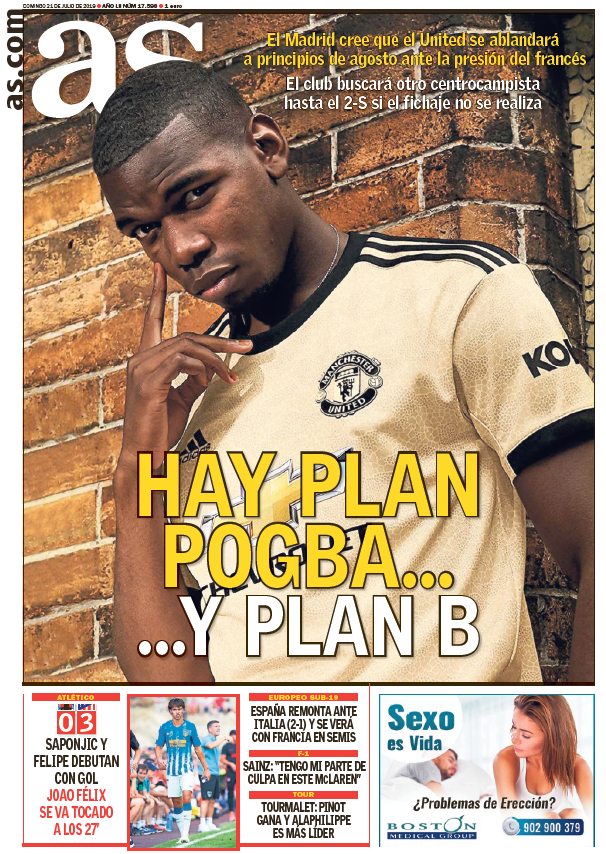 REAL MADRID:There is a plan for Pogba...and a Plan B. Real Madrid will test Manchester United's resolve over the French international, and are hopeful they can secure a deal in August. However they will keep their options open for a new midfielder until the La Liga deadline ends on September 2.

ATLETICO MADRID: Ivan Saponjic and Felipe Monteiro score on the debuts, in the 3-0 friendly win at Numancia, with fellow news signing Joao Felix withdrawn after 27 minutes with an injury.

SPAIN U19: Santi Denia's side comeback from 1-0 down to beat Italy and qualify for the U19 European Championship semi finals. 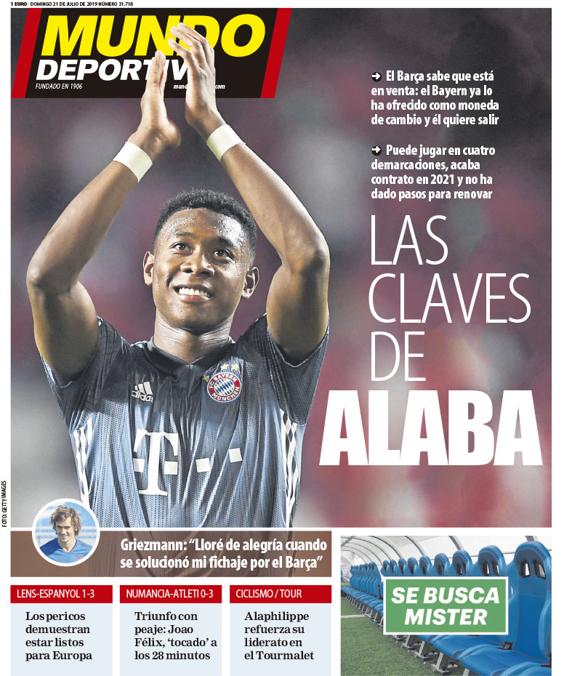 FC BARCELONA: The Story of Alaba - Bayern Munich have offered the Austran international to potenital buyers, and he wants to leave. Primarily deployed at left back, he can play in defence or midfield, and with two years left on his contract, he does not want to renew at the Allianz Arena.

FC BARCELONA: Antonie Griezmann - 'I cried tears of happiness, when I completed my move to FC Barcelona'.

PRE-SEASON: Atletico win 3-0 at Numancia, but it comes at a cost as Joao Felix is substituted through injury, and Espanyol beat Lens 3-1, as they prepare for their Europa League qualifier.