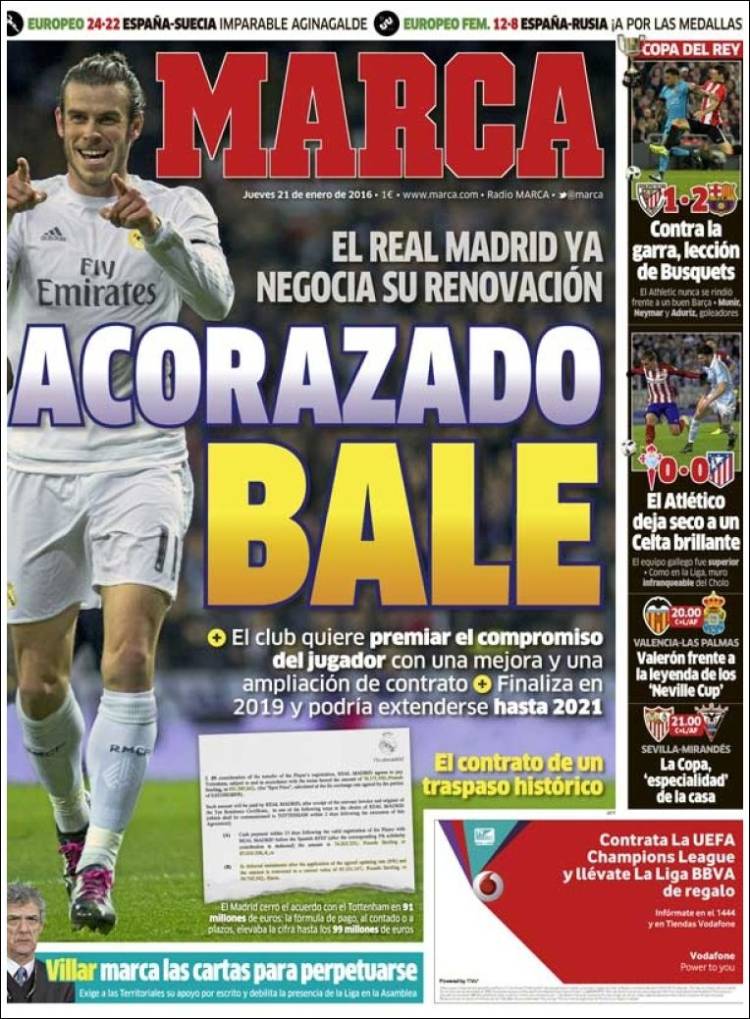 The contract of an historic transfer

Madrid closed the agreement with Tottenham at €91m; the payment procedure, to the contract or in instalments, the figure rose to €99m

Villar marks the cards for self-perpetuation

Against the claw, Busquets’ lesson

The Galician team was superior

As in La Liga, the impassable wall of Cholo

Valeron against the legend of the ‘Neville Cup’

The Cup, the house ‘speciality’ 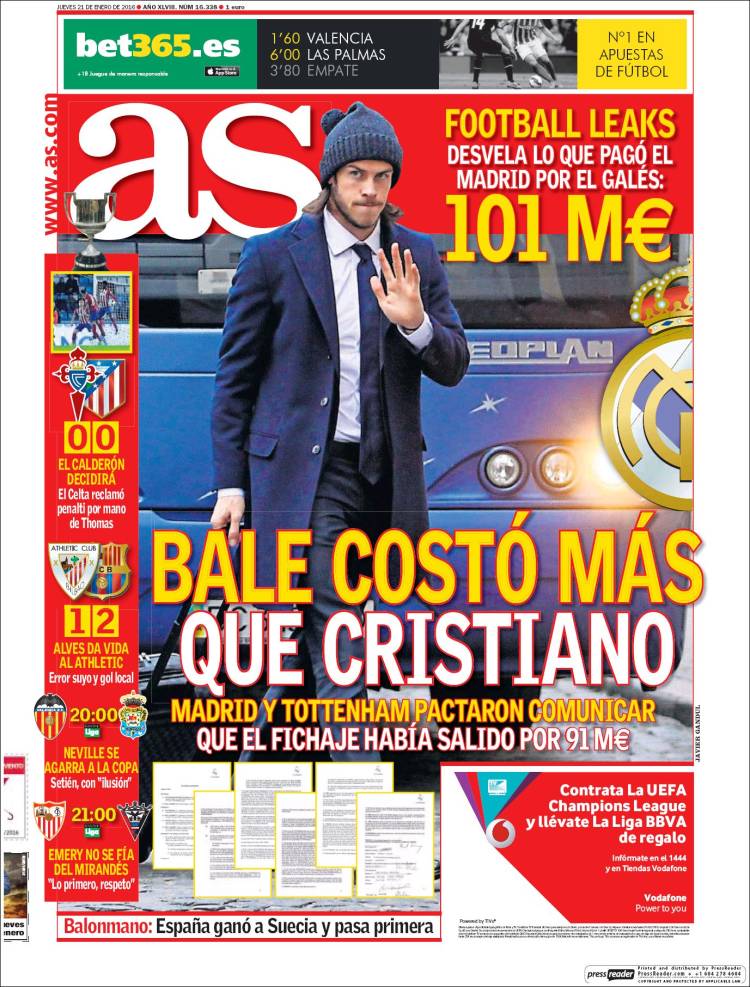 Reveals what Madrid paid for the Welshman:

Madrid and Tottenham agreed to communicate the signing was for €91m

Celta claimed a penalty for handball by Thomas

His error a goal for the locals

Neville clings to the Cup

Setien, with ‘a dream’ 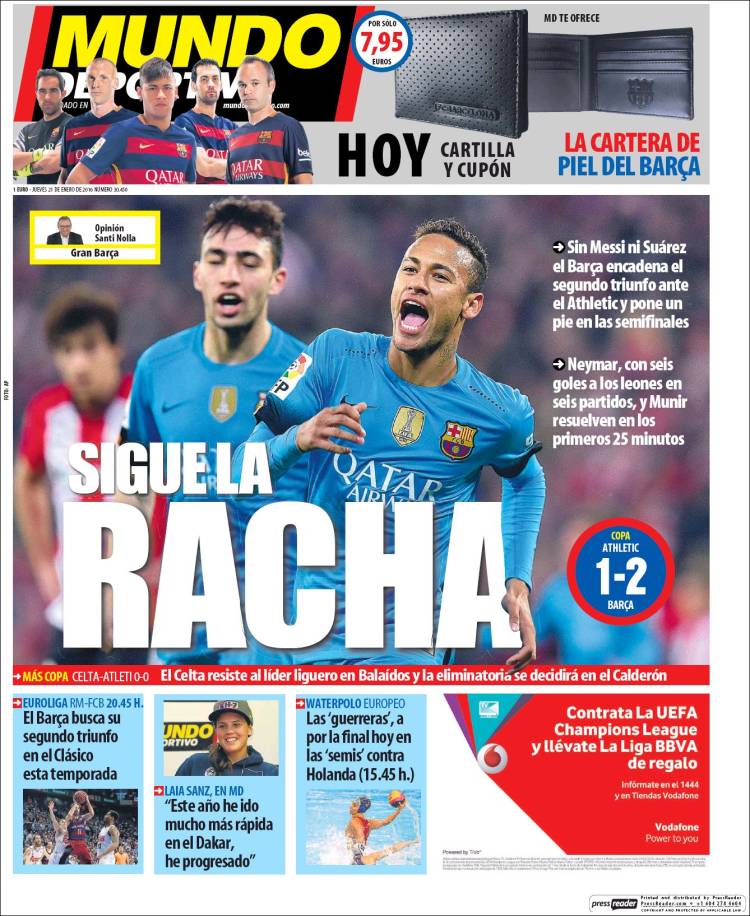 Neymar, with six goals in six games against Los Leones, and Munir resolve the tie in the first 25 minutes