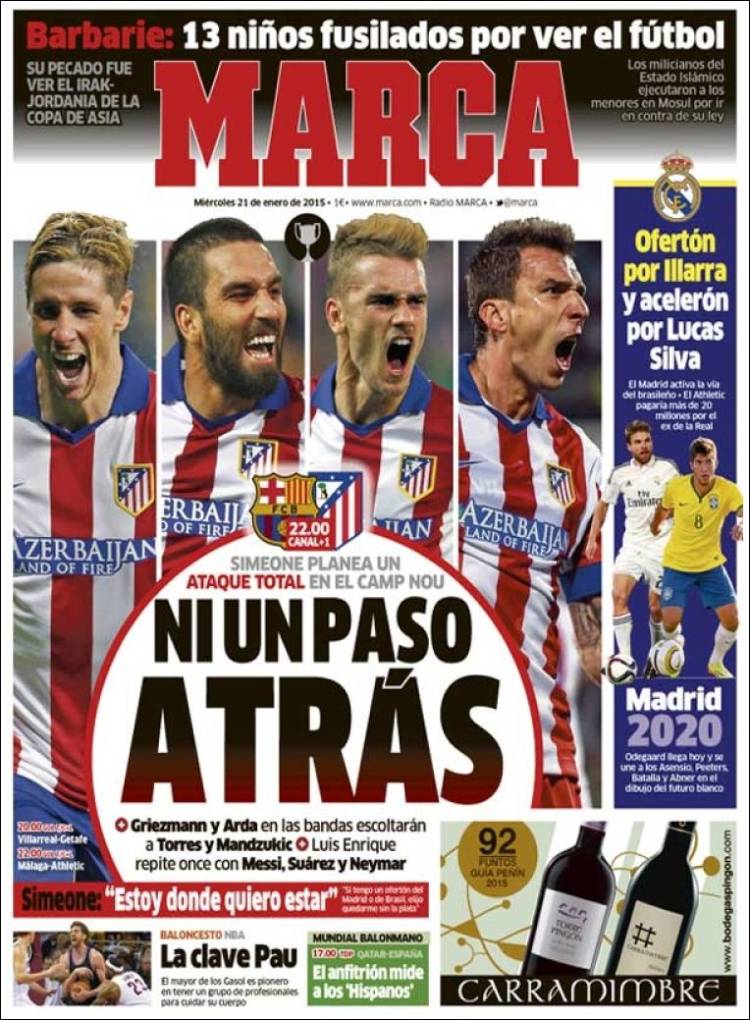 Not a single step back

Griezmann and Arda on the wings will accompany Torres and Mandzukic

Great offer for Illarra and a rush for Lucas Silva

Madrid pave the way for the Brazilian 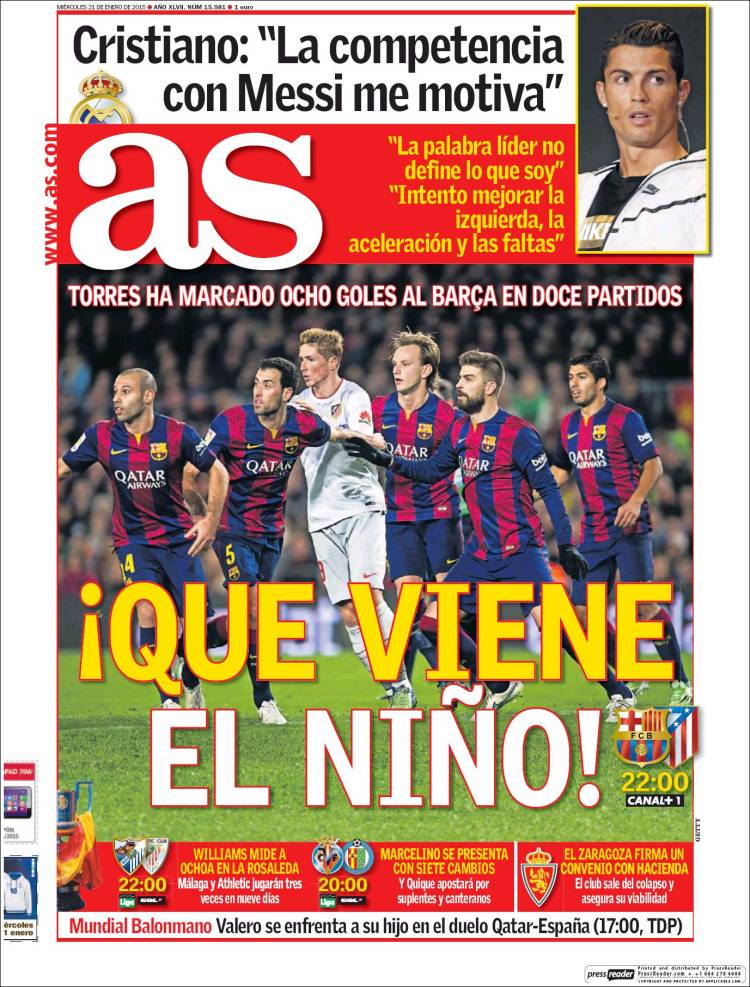 Torres has scored eight goals against Barca in 12 games

Cristiano: “The competition with Messi motivates me”

“The word leader doesn’t define what I am. I’m trying to improve my left foot, acceleration and free-kicks”

Zaragoza sign an agreement with the tax authorities: the club emerges from economic collapse and ensures its sustainability 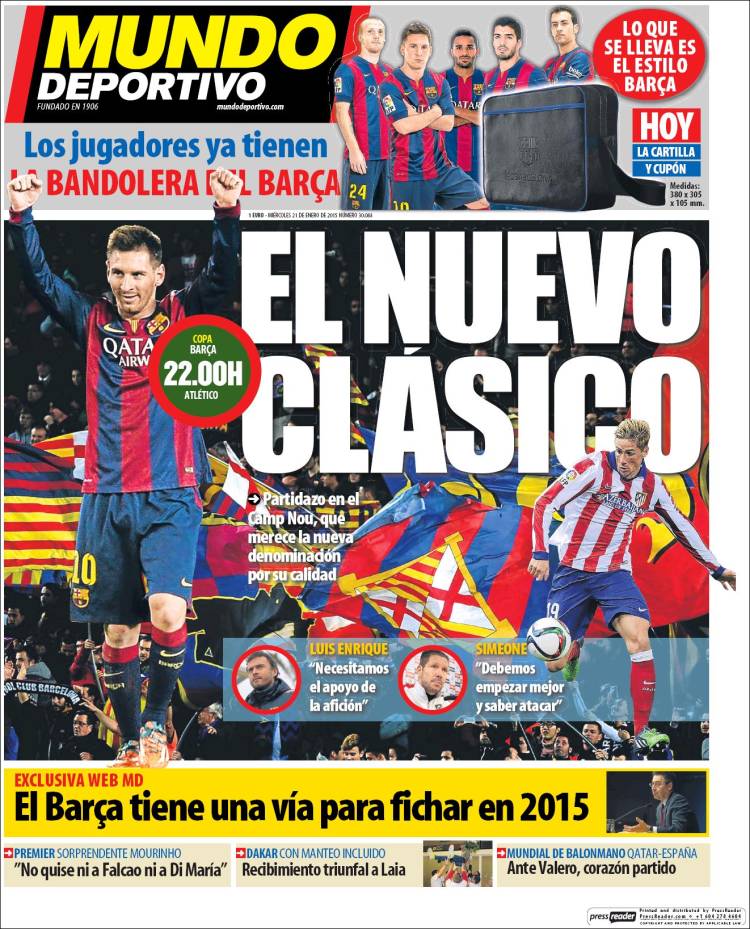 Great game at the Camp Nou, which deserves the title because of its quality

Luis Enrique: “We need the support of the fans”

Luis Enrique: “We must start better and know how to attack”

Surprise from Mourinho: “I didn’t want either Falcao or Di Maria”