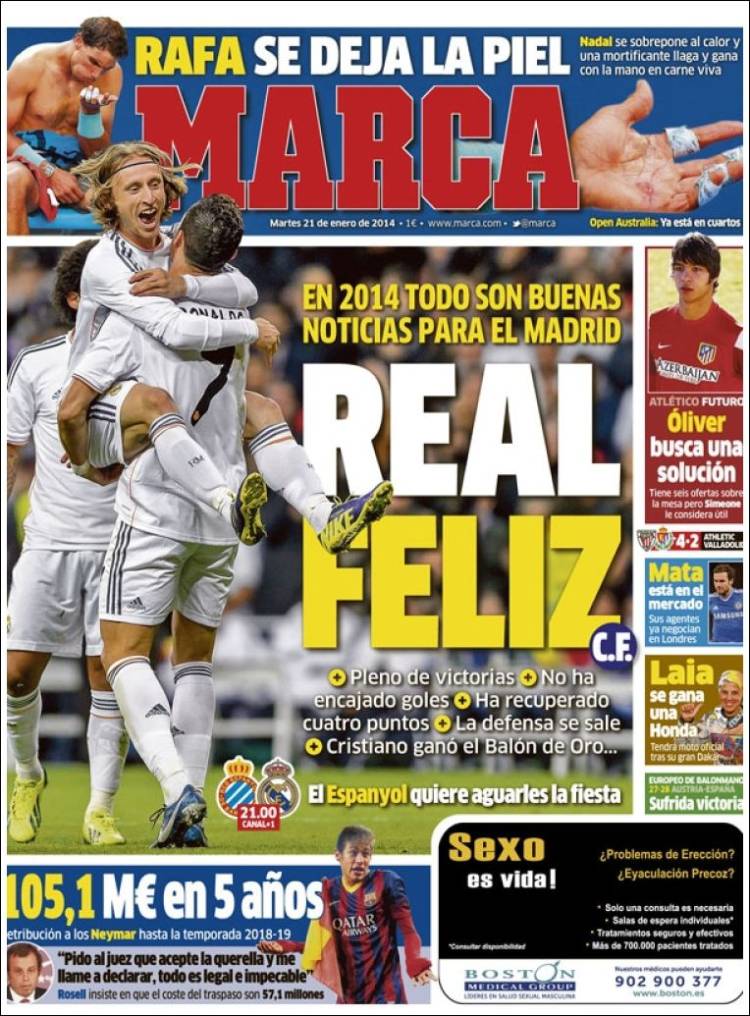 2014 has seen but good news for Real Madrid

Victories, no goals conceded, four points recovered, the defence is playing well and Cristiano has won the Ballon d'Or

Espanyol wants to stop the party

Atletico: Oliver looks for a solution

Mata is on the market

His agents are negotiating in London

Laia wins in the Honda

The payment for Neymar expected to last until 2018-19

"I ask the judge to accept the lawsuit and call me up to testify because everything is legal and impeccable," Rosell

Rosell insists that the price for Neymar was €57.1 million 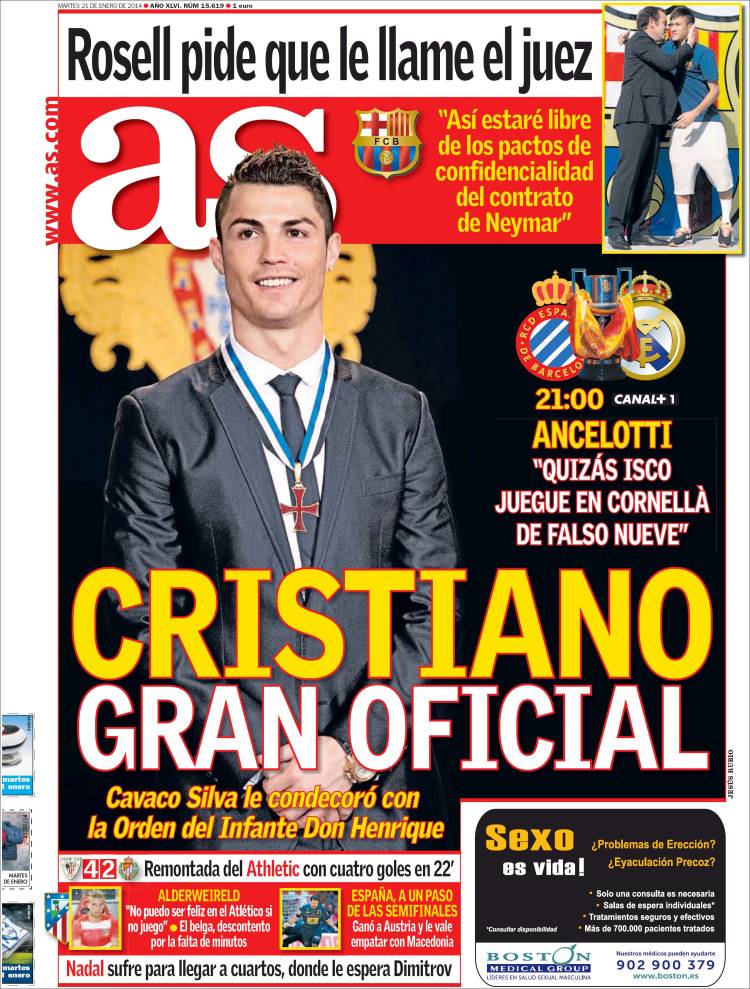 Ancelotti: "Maybe Isco will play at the Cornella as a false nine"
Rosell asks the judge to call him up

Comeback by Athletic with four goals in 22 minutes

Alderweireld: "I cannot be happy at Atletico if I do not play"
The Belgian is not happy with his lack of playing time

Spain progress to the semi-finals

They beat Austria and draw against Macedonia

Nadal suffers in progressing to the quarters where Dimitrov awaits 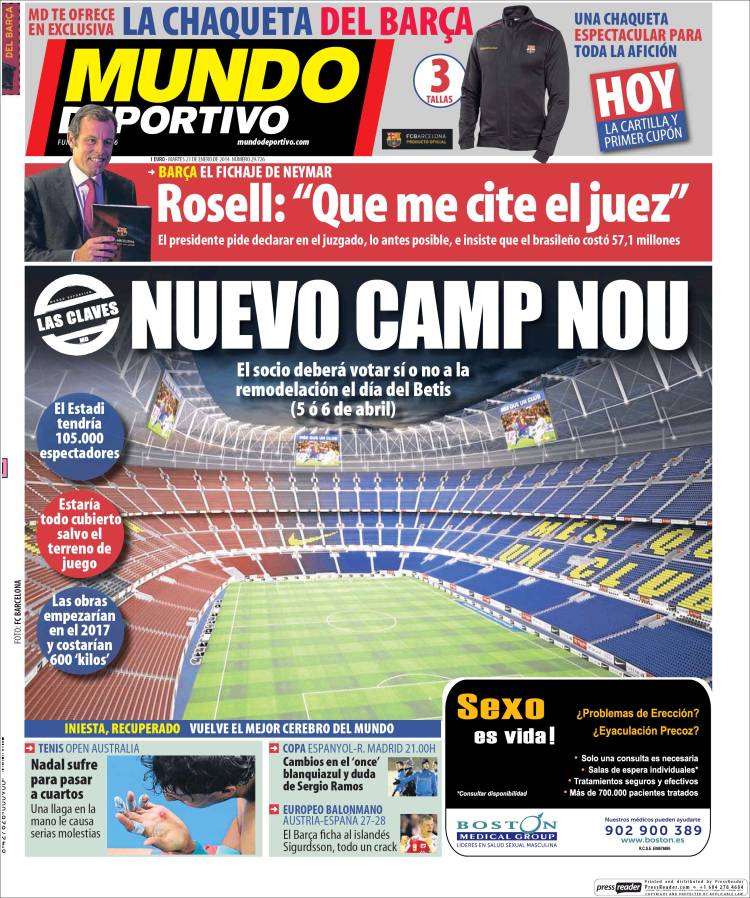 The Stadium could cater for 105,000 spectators

It would be all covered apart from the field of play

Rosell: "Make a date for my judge"

The President asks the judge to call him up to declare because he insists that Neymar costs only €57.1m

Nadal suffers but progress to the quarters