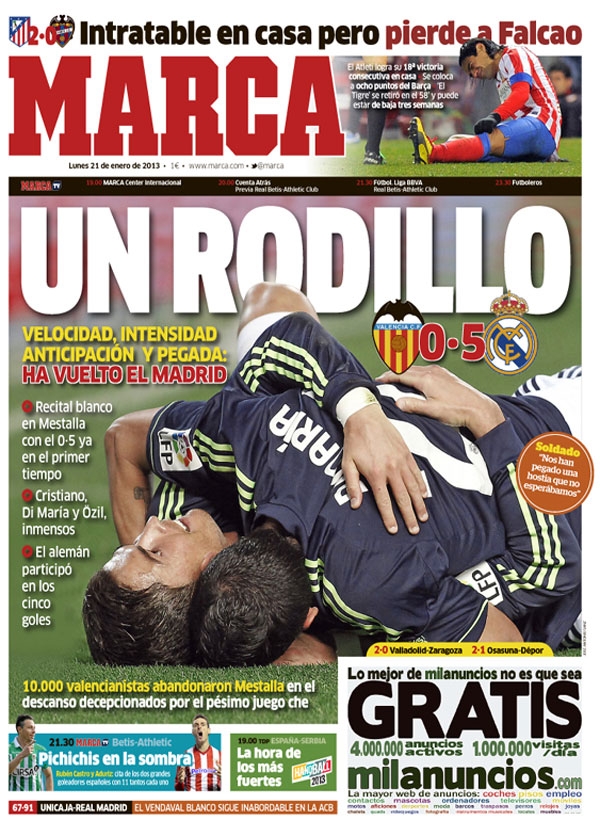 The German, Ozil, was at the heart of three of the five goals

10,000 Valencia supporters abandoned the Mestalla at the break disappointed with the terrible display of Los Che

Atletico 2-0 Levante: Unbeatable at home but they lose Falcao

Ruben Castro and Aduriz, date of the two great Spanish goal-scorers with eleven strikes each 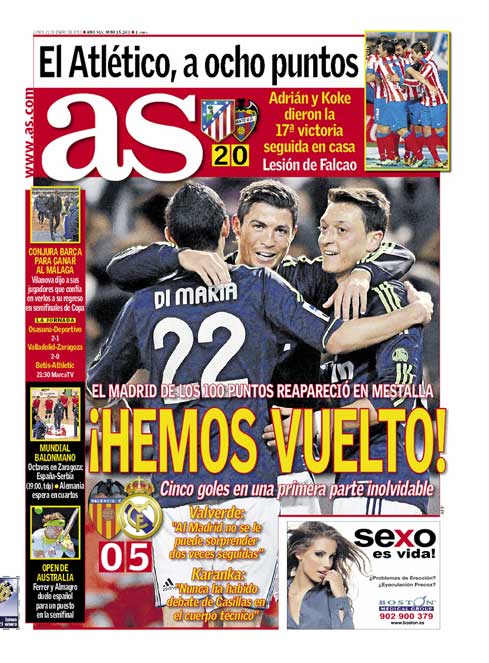 Valencia 0-5 Real Madrid: They have returned

The Madrid that won 100 points reappear at the Mestalla

Five goals in an unforgettable first half

Valverde: “You cannot surprise Madrid twice in a row”

Karanka: “Never has there been a debate about Casillas in the coaching staff”

Adrian and Koke secured the 17th victory in a row at home, injury to Falcao

Barca plot Malaga downfall, Vilanova said that his players have the confidence to see out the game and return to the semifinals of the Copa

Handball world cup: Round of 16 in Zaragoza: Spain v Serbia, Germany wait in the quarter finals

Australia Open: Ferrer and Almagro in Spanish duel for a place in the semifinal 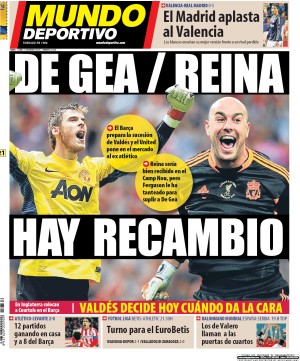 De Gea/Reina, there is a spare

Valdes decides today when to give face

Los Blancos show their best against a lost rival

Handball world cup: Valero’s team calling for a place in the quarter finals