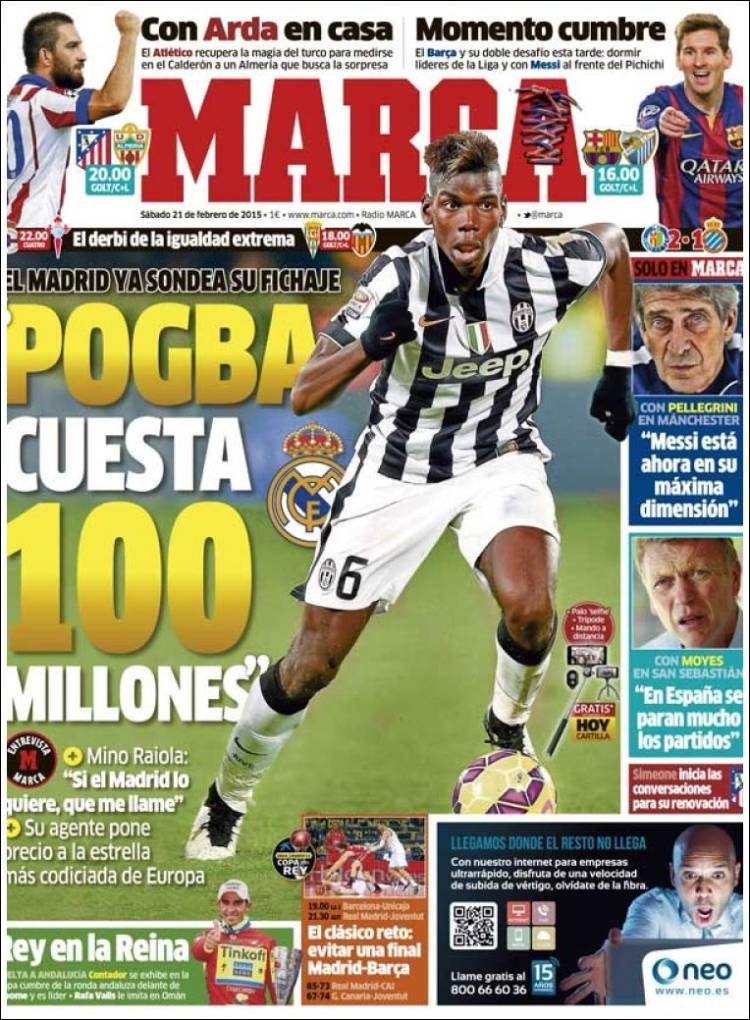 Madrid ask about his signing

Mino Raiola: If Madrid want him, they can call me

With Arda at home

Barca and their double challenge this afternoon: Become leaders of La Liga and Messi lead the Pichichi

With Pellegrini in Manchester

Messi is now at his maximum level

With Moyes in San Sebastian

In Spain there is a lot of stoppages in matches

Simeone starts talks for a renewal 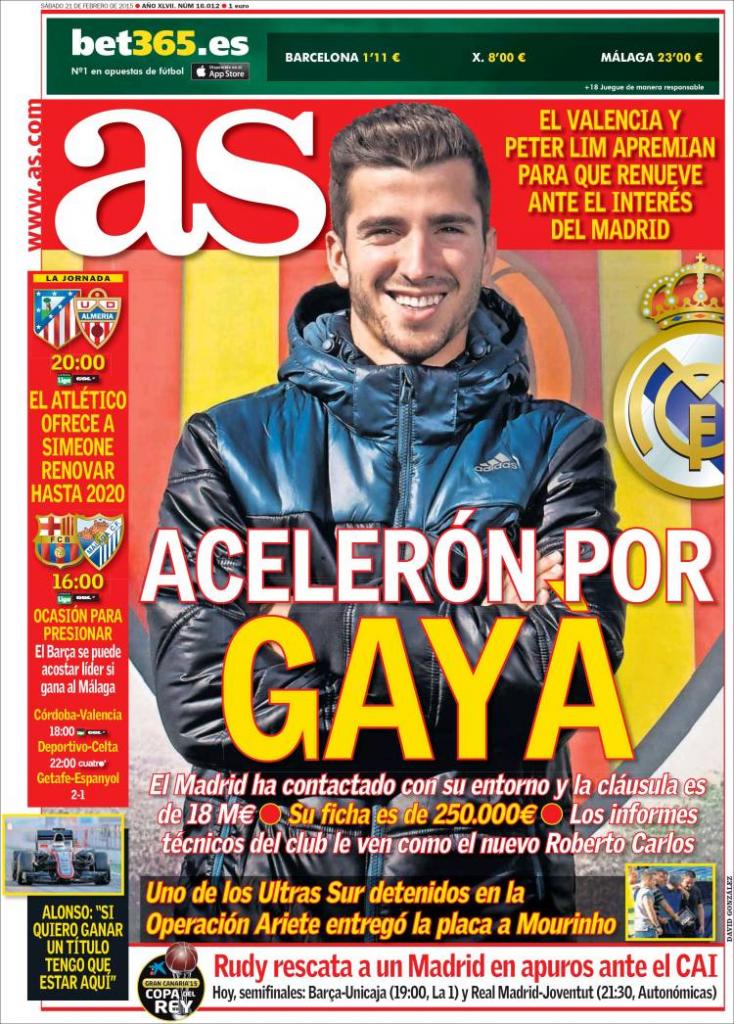 Speed up for Gaya

Real Madrid have contacted his people and the clause is €18m

Atletico offer Simeone a renewal until 2020

Barca may overtake the leader if they win against Malaga 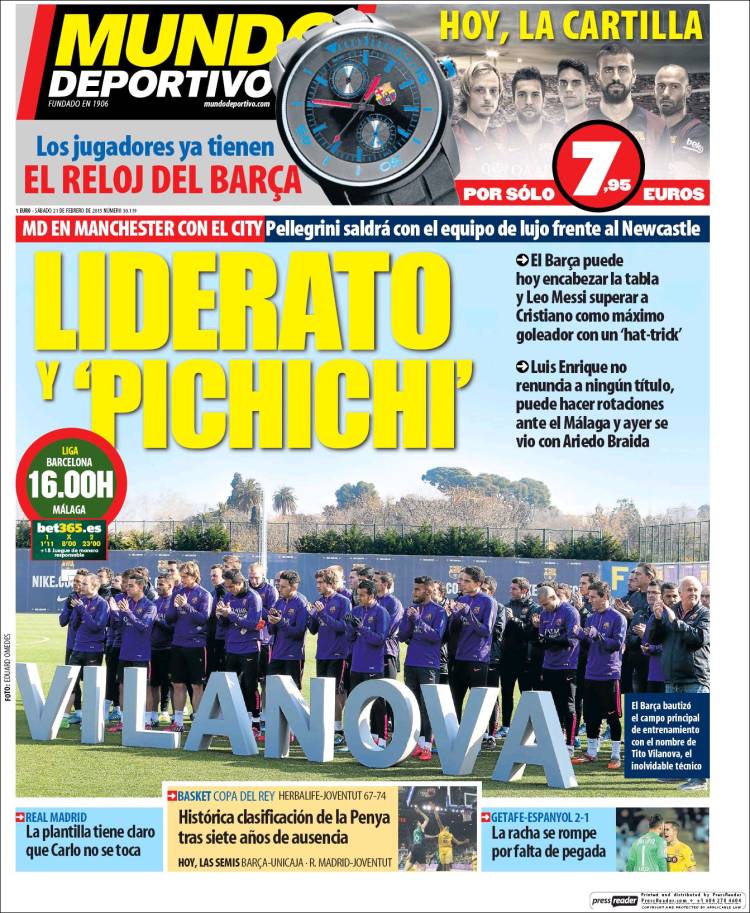 Luis Enrique isn’t giving up any title, could make rotations and yesterday met with Ariedo Braida

MD in Manchester with City

Pellegrini will go to Newcastle with a team of luxuries