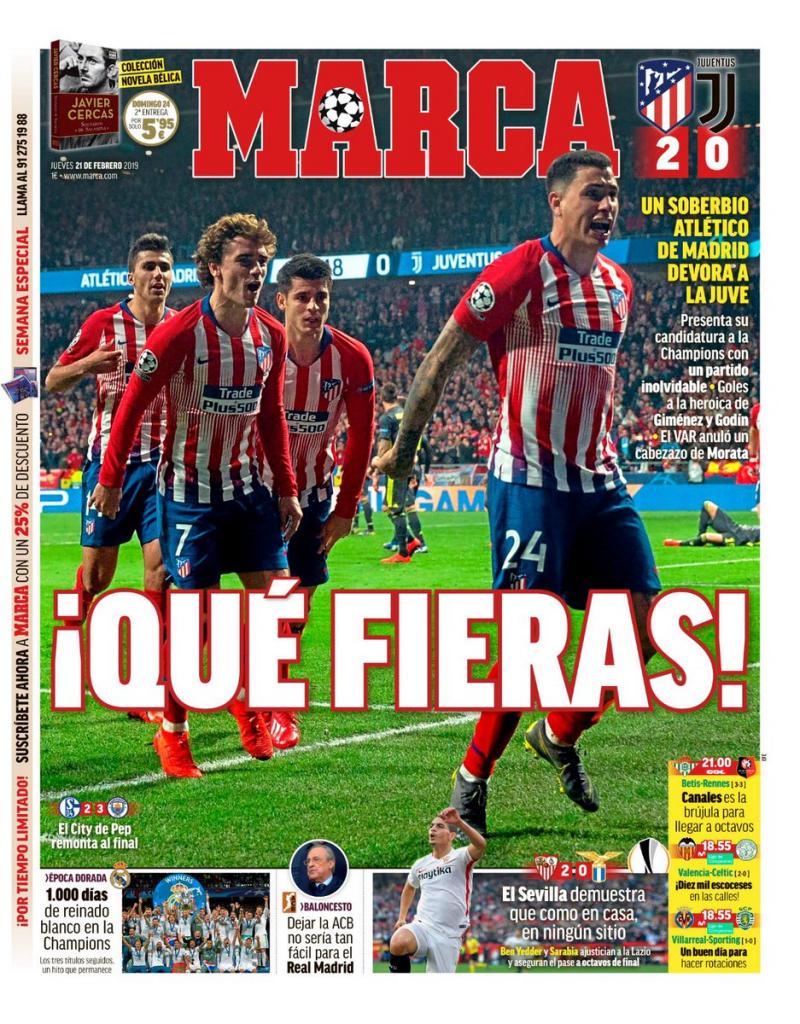 Pep's City comeback at the end

1,000 days of reining kings in the Champions League 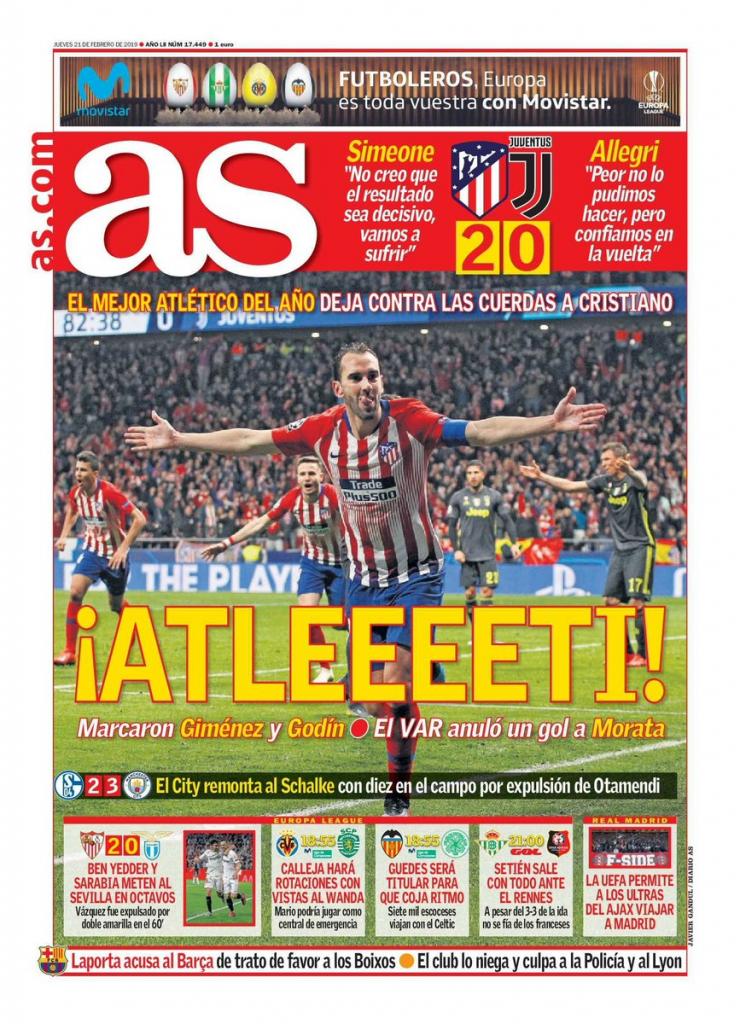 Gimenez and Godin score, Morata goal ruled out by VAR

Simeone: I don't think this result is decisive, we will suffer

Allegri: We could not do it tonight, but we are confident in the return

City comeback at Schalke with 10 men after Otamendi's red card 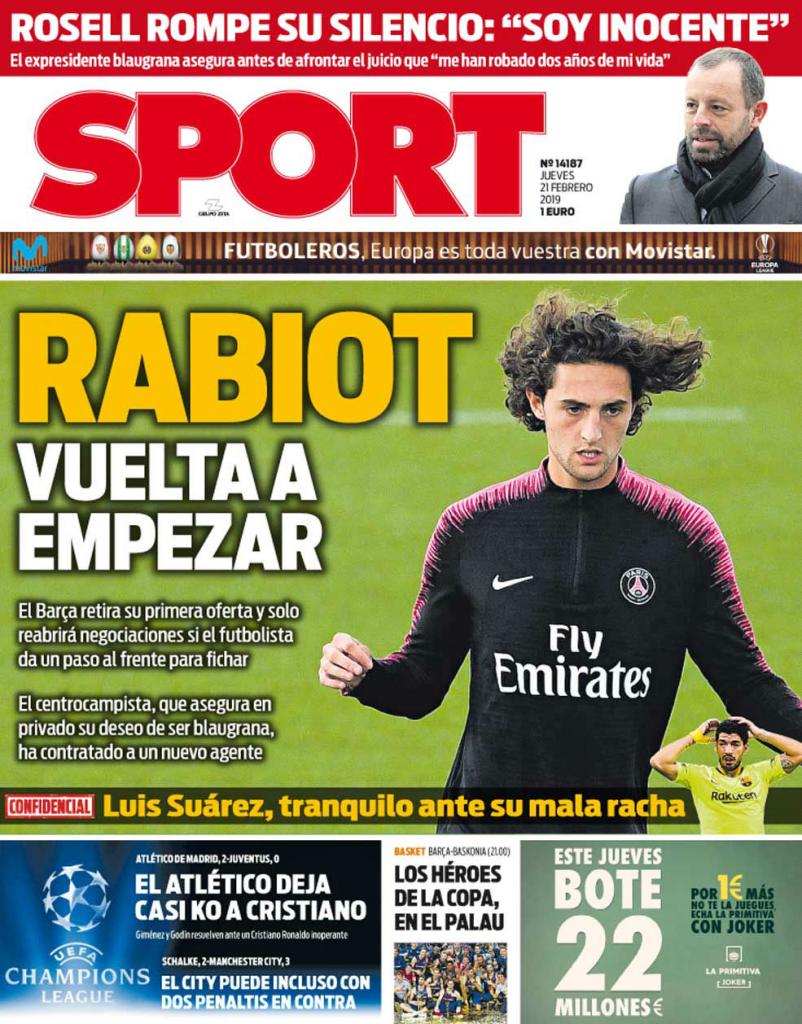 Barca return for the French midfielder following first offer, and will only open negotiations should he give them the green light, has privately shown his desire and now has a new agent