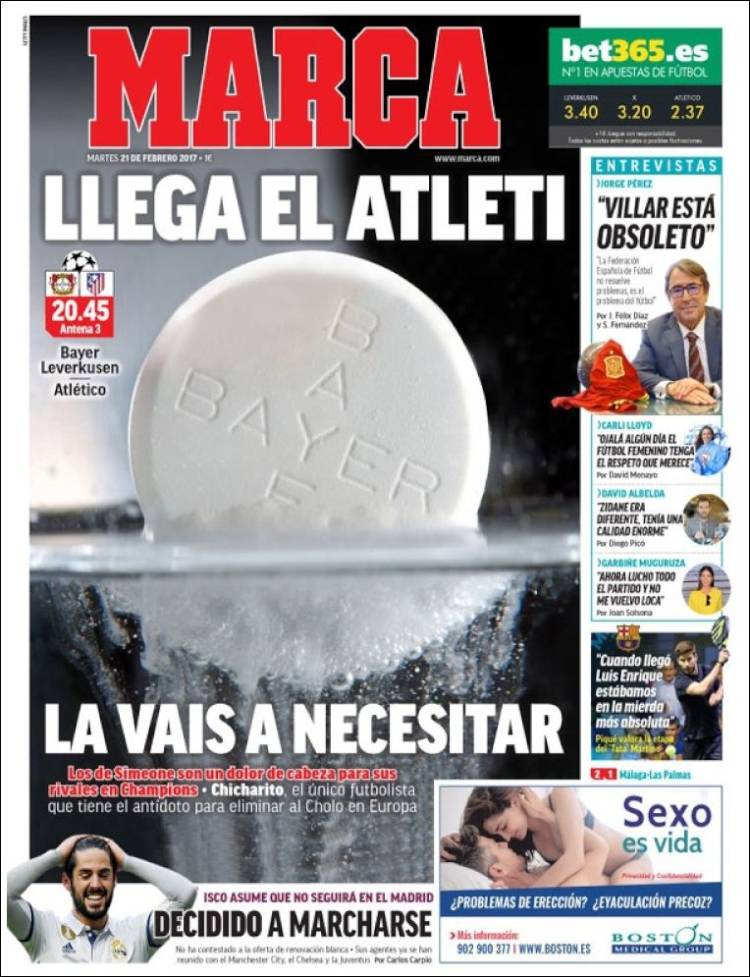 You are going to need it

Simeone's players have a headache with their Champions League rivals, Chicharito - the unique footballer for eliminating Cholo in the cups

Deciding to leave - Isco does not have assurances at Real Madrid - Man City, Chelsea and Juventus all interested

'Zidane is different, he has enormous quality' - David Albelda 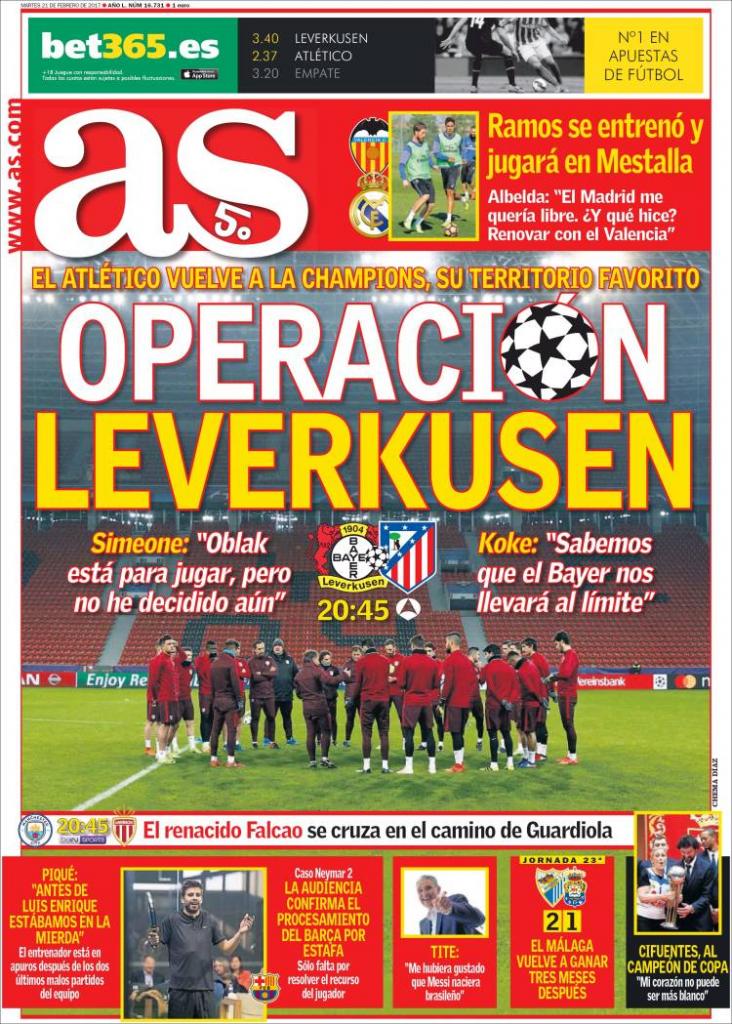 Atletico return to the Champions League at their favourite destination

Simeone: Oblak is able to play, but I haven't made my decision yet

Koke: We know Bayer will take us to the limit

The reborn Falcao crosses the path of Guardiola

Ramos trains and will play at Mestalla

Pique: Before Luis Enrique we were in the s**t - the Coach is in trouble after two bad matches in a row 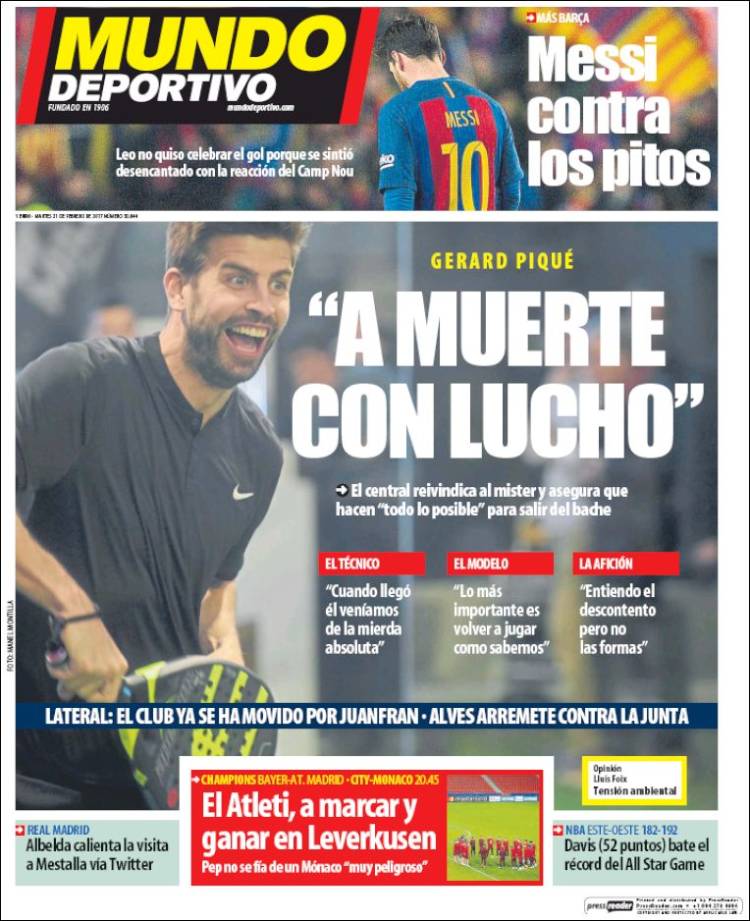 "With Lucho to Death"

On the manager - when he came we were in absolute s**t, The style - the most important thing is to return to play like how we know, The Fans - I understand their discontent but not how they've shown it