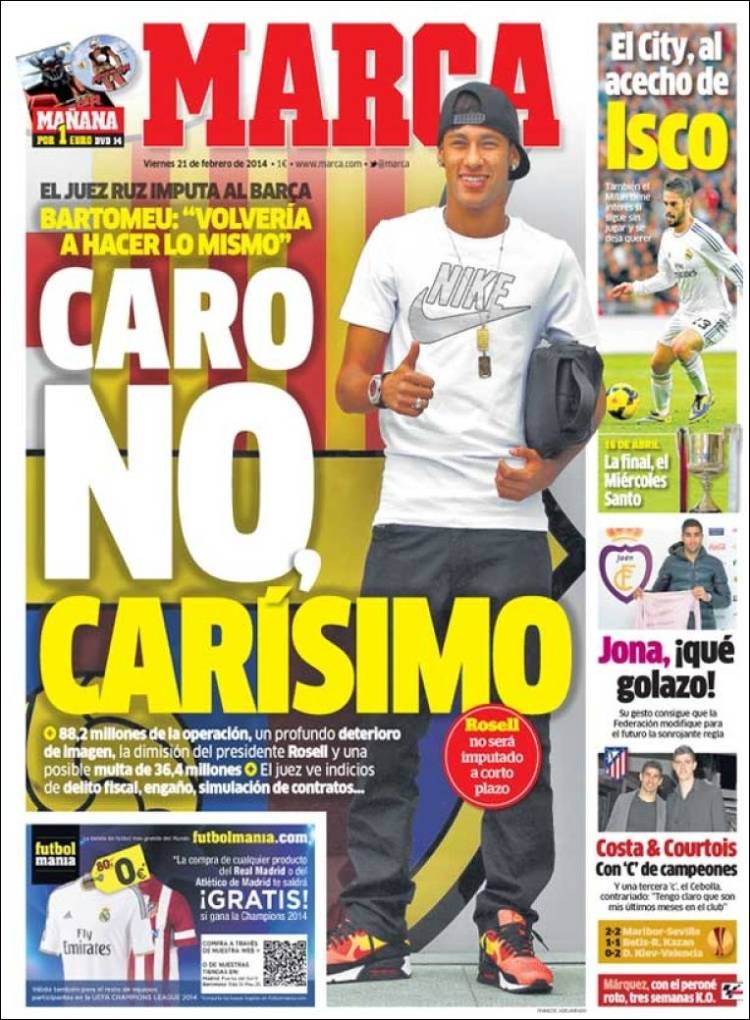 Bartomeu: "It will do the same again"

€88.2m was the operation to sign Neymar, a scandal that has greatly damaged the image of the club, caused the resignation of Rosell and could see the club fined for €36.4 m

The judge sees many wrongdoings, including tax evasion and fraud

Rosell will not be implicated

City are looking at Isco

Jona, what a goal

Costa and Courtois, champions with a capital C 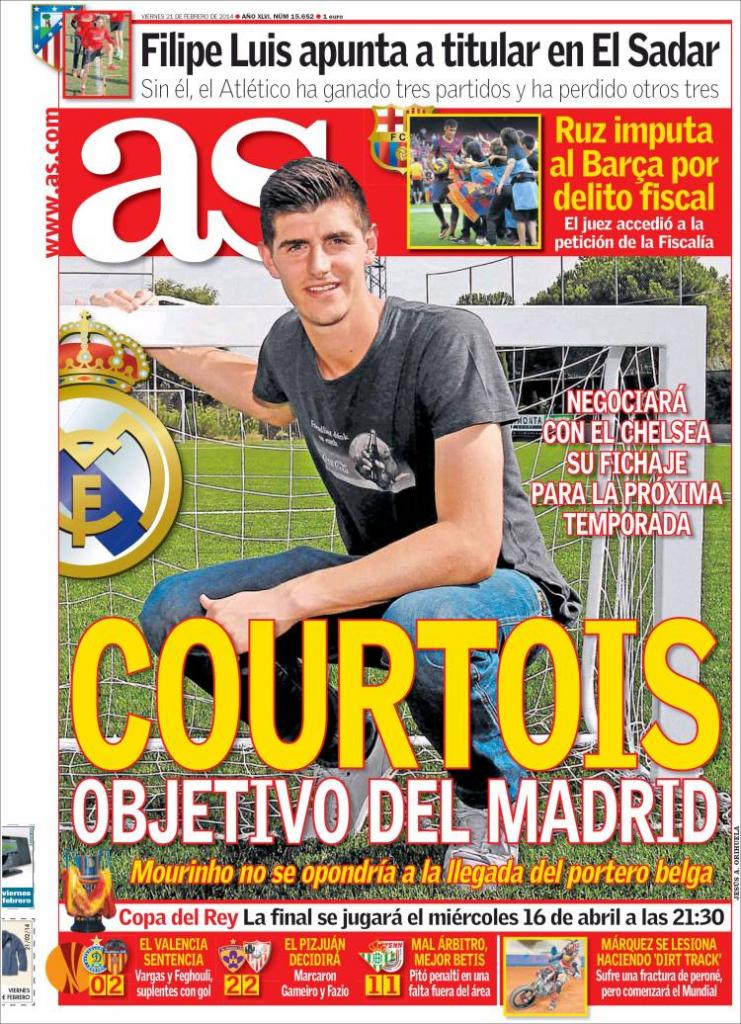 Mourinho could allow the Belgian to stay

The keeper will negotiate with Chelsea for the season to come

Without him, Atletico have won three games and lost three

Copa del Rey: The final is to be played on Easter Wednesday at 2130

Vargas and Feghouli get the goals

El Pizjuan to decide the tie

Bad refereeing but a better Betis

Marquez injures himself on a dirt track 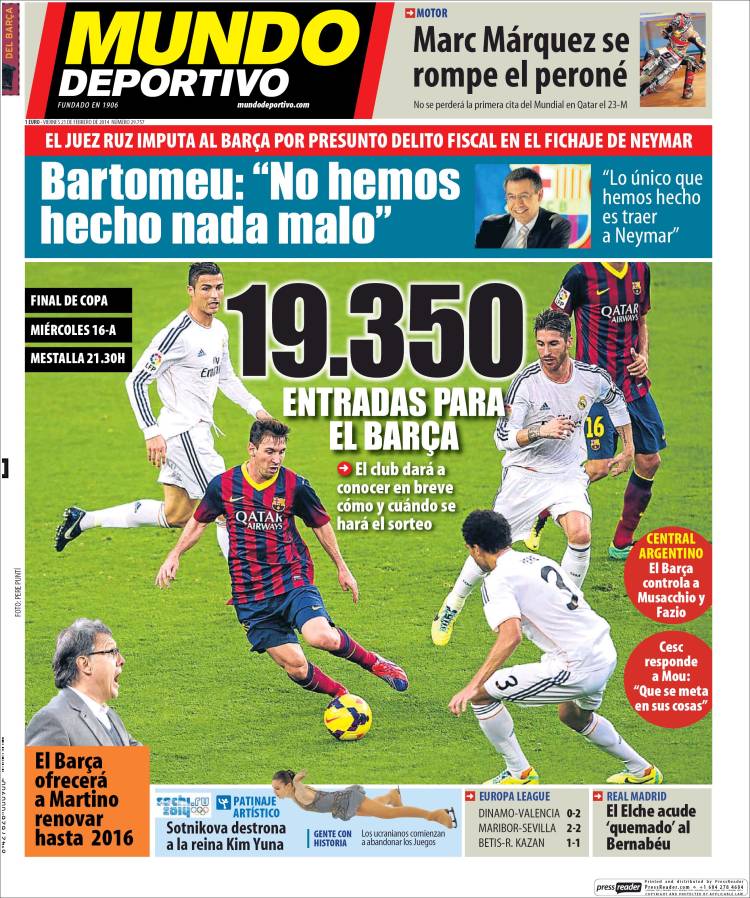 Cesc responds to Mou: "He should worry about his own business"

Bartomeu: "We have done nothing wrong"

Barca to offer Martino a new contract until 2016

Elche travel to the Bernabeu with a point to prove