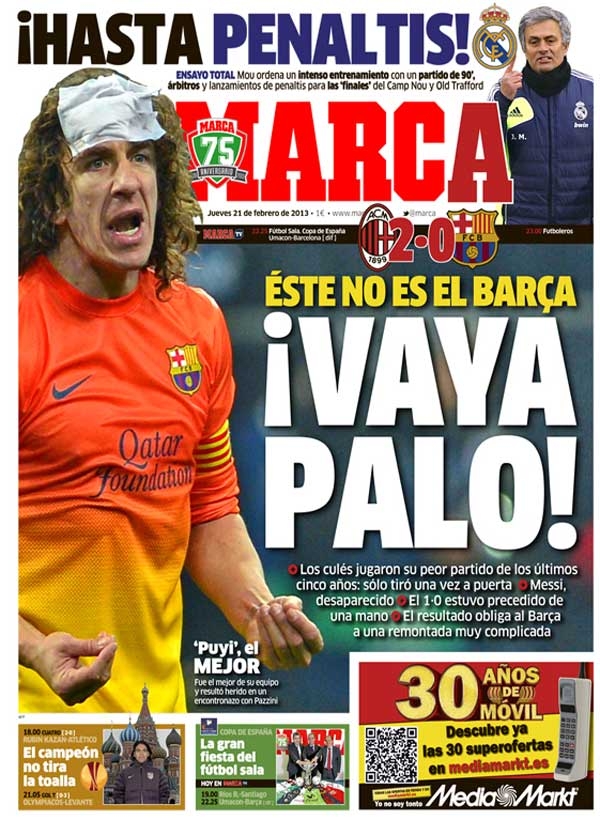 This is not the real Barca

Los Cules played their worst game in five years: only one shot on goal

The first goal was preceded by a handball

The result means Barca need to comeback a lot

Until penalties: Mou orders an intense training session with a game of 90 minutes, referees and penalties for the 'finals' against Barca and United

Atletico: The champions is not throwing in the towel 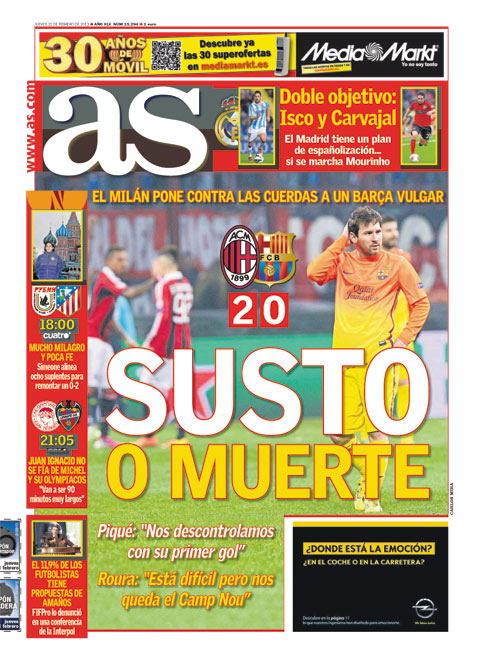 Milan have Barca hanging by a rope

Pique: "We lost control with the first goal"

Roura: "This is difficult but we still have hope at Camp Nou"

Madrid have a plan of Spanishisation...if Mourinho leaves

Little as Atletico need a miracle

Simeone makes eight changes to the team that lost 0-2

Levante: Juan Ignacio does not have faith in Michel and Olympiakos: "They will be 90 long minutes

FIFPro have denounced it in a conference in Interpol 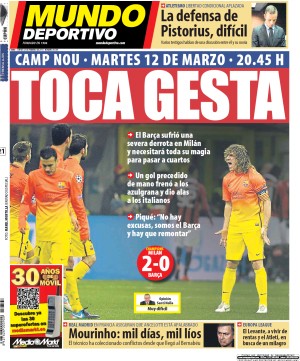 Time for an epic

Pique: "There are no excuses, we are Barca and we have to fight back:

Real Madrid, in France they assure that Ancelotti has been promised

The trainer has start quarrels since arriving at the Bernabeu

Europa League: Levante living on as Atleti search for a miracle

Athletics: A difficult defence of Pistorius