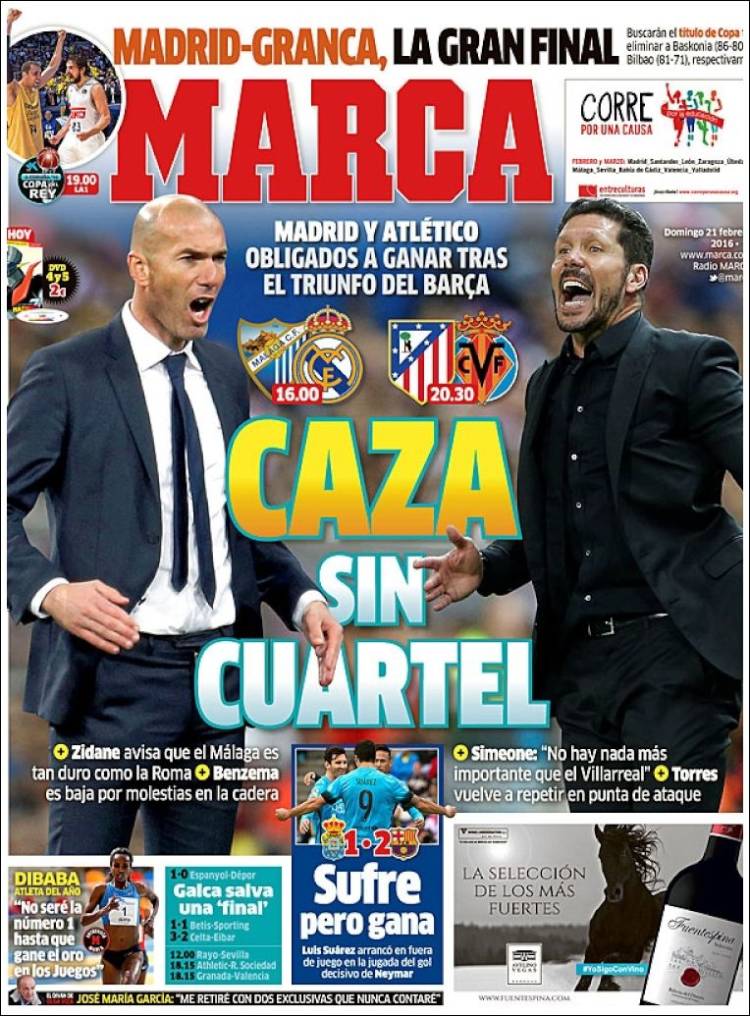 Madrid and Atletico both must win after Barca’s triumph

Zidane warns Malaga are as hard as Roma

Benzema is out with a sore hip

They suffer but win

Galca saved by a ‘final’ 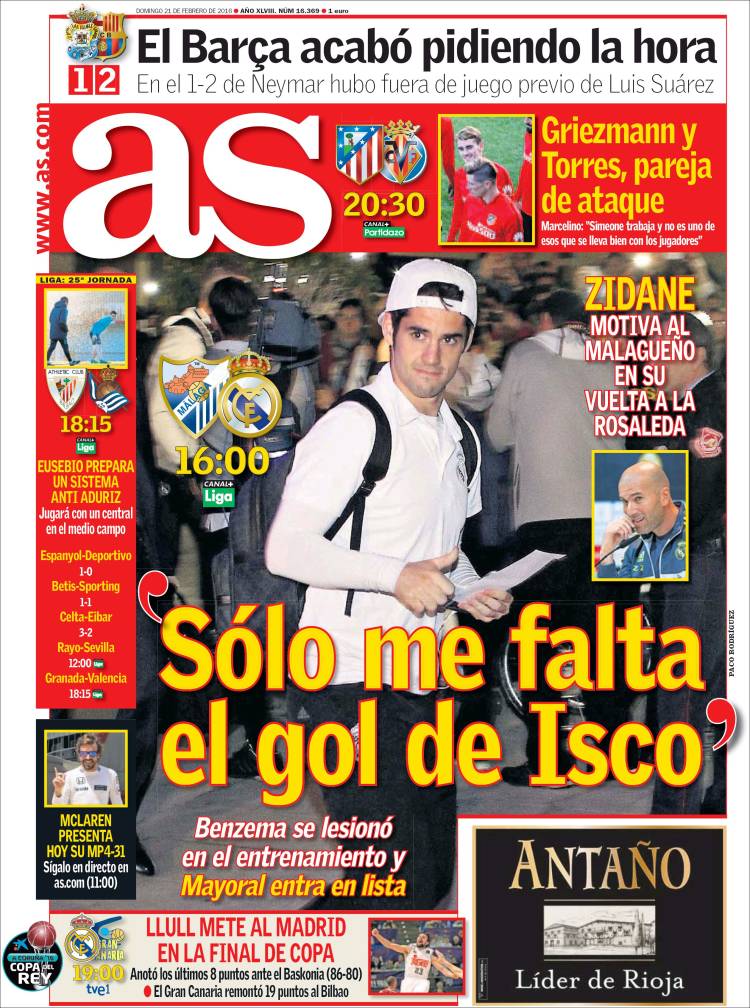 “I just need a goal from Isco”

Zidane motivates the Malaga native on his return to La Rosaleda

Benzema was injured in training, so Mayoral enters the squad

Griezmann and Torres, partners in attack

Marcelino: “Simeone just works and isn’t one of those who cuddles up to his players”

Barca hold on for an hour

Before Neymar’s goal for 1-2, Luis Suarez was offside

He will play a centre-back in midfield 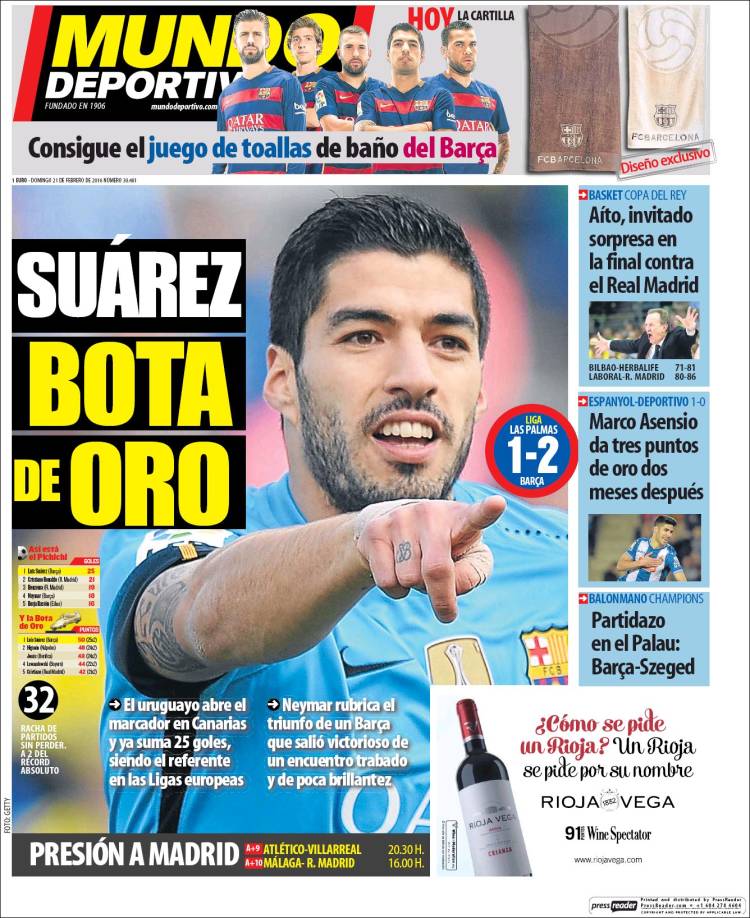 The Uruguayan opened the scoring in the Canary Islands and already has 25 goals, making him the leader in the European Leagues

Neymar signs off the win for Barca, who emerged victorious from a tight meeting, with little brilliance