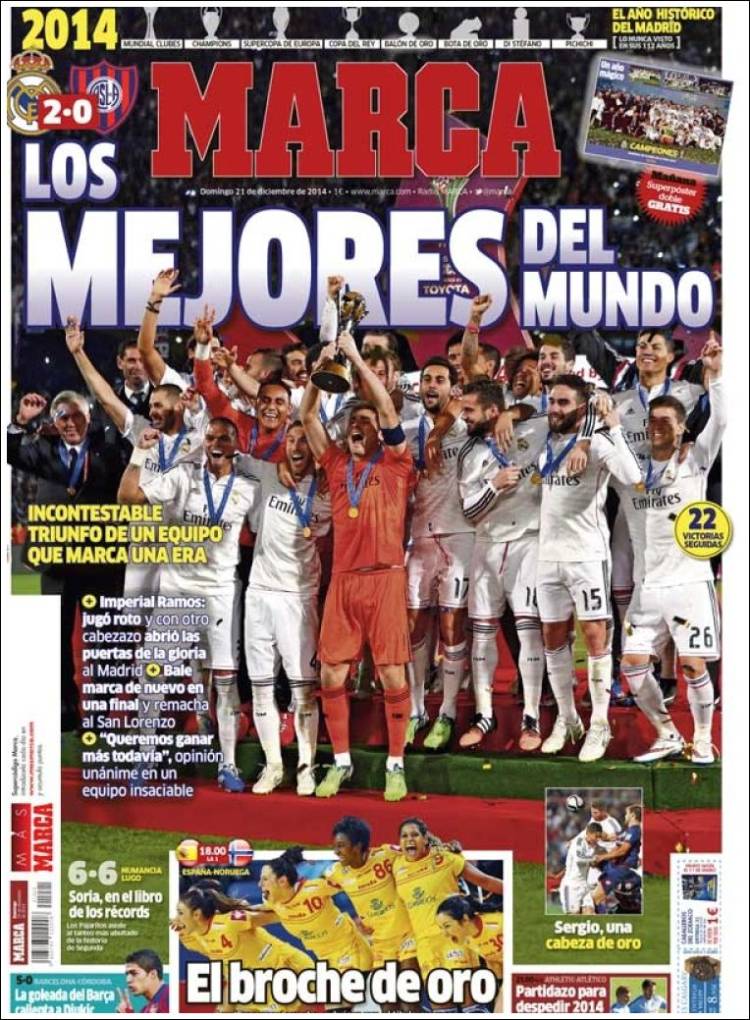 The best in the world

Undeniable victory by a team that marks an era

Imperial Ramos: he played with an injury and with another great header opened the door to Madrid glory

Bale scores again in a final and finishes off San Lorenzo

Numancia-Lugo 6-6: Soria, in the record books 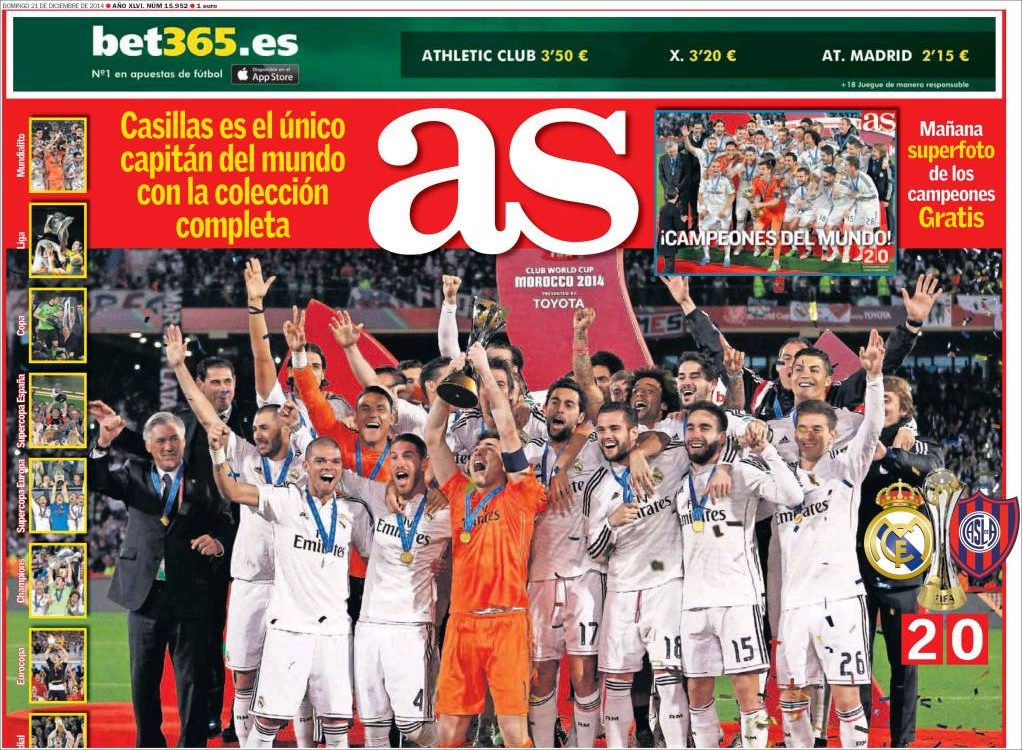 Casillas the only captain in the world with a complete collection

Champions of the world 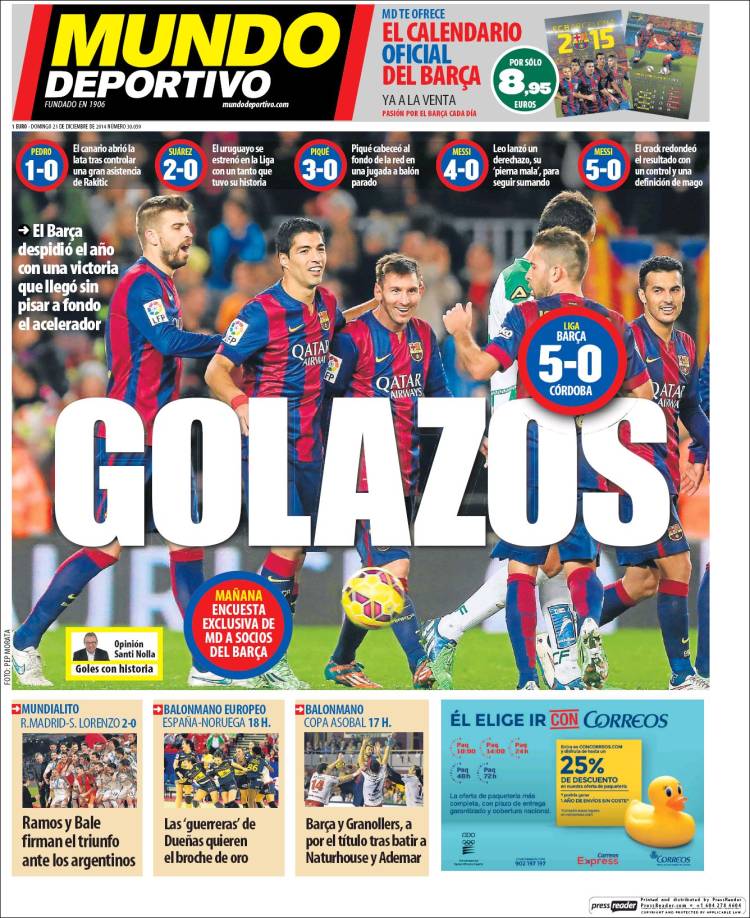 4-0  Leo shoots with his right, his ‘bad foot’, to continue scoring

Ramos and Bale seal victory against the Argentines