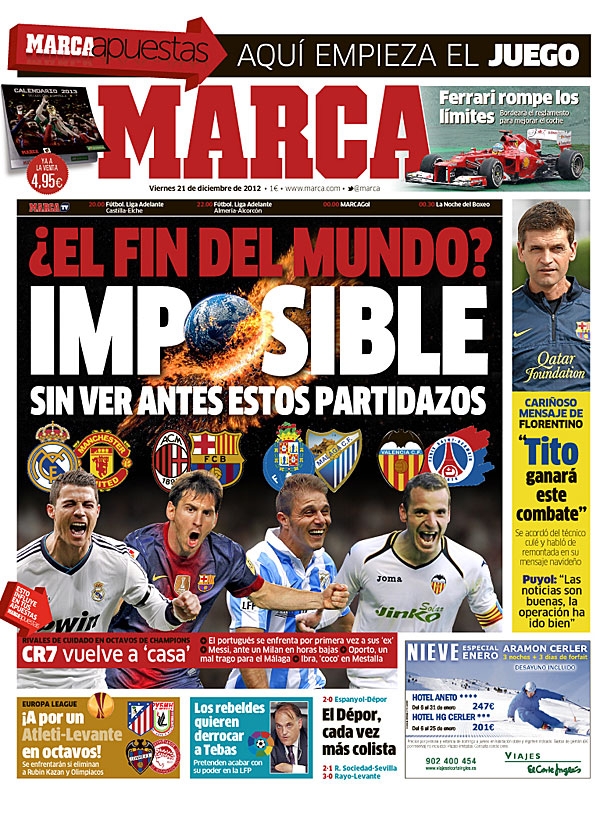 The end of the world?

Messi, against Milan who are not like they once were

Porto, a tough opposition for Malaga

Crazy Ibra at the Mestalla

Europa League: Atleti and Levante could play in the quarter finals

The rebels want to overthrow Tebas: They attempt to end his role within the LFP

Affectionate message from Florentino: Tito will beat this

Puyol: The news is good, the operation went well 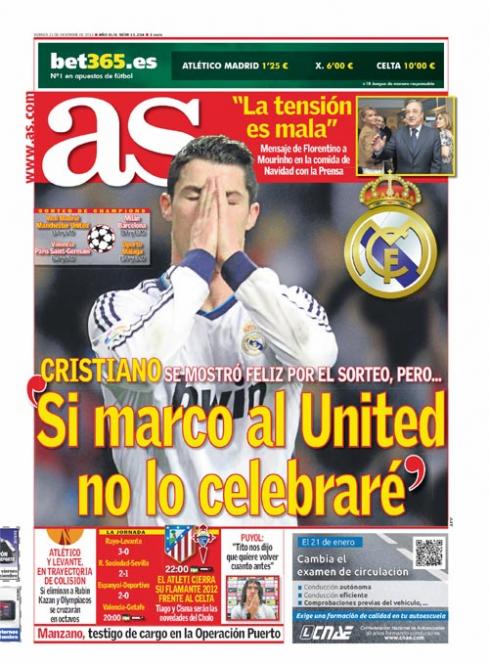 Cristiano shows his happiness about the draw, but….

“If I score against United I will not celebrate”

Atletico and Levante heading for a collision

Puyol: Tito has told us that he wants to return soon

Manzano, a witness in the operation Puerto

Atleti close out a great year with a game against Celta

Perez: The tension is bad 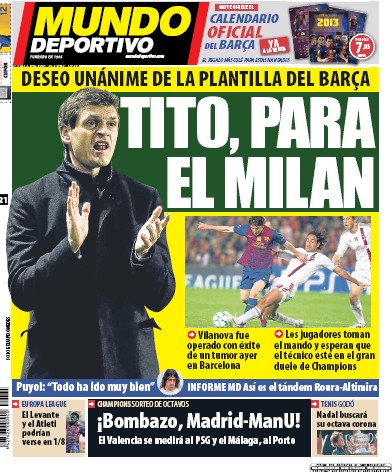 Vilanova was operated and had his tumour removed yesterday

Puyol: All has gone well

Roura and Altimira are working together in Tito’s absence

Europa League: Levante and Atleti could meet in the quarter finals