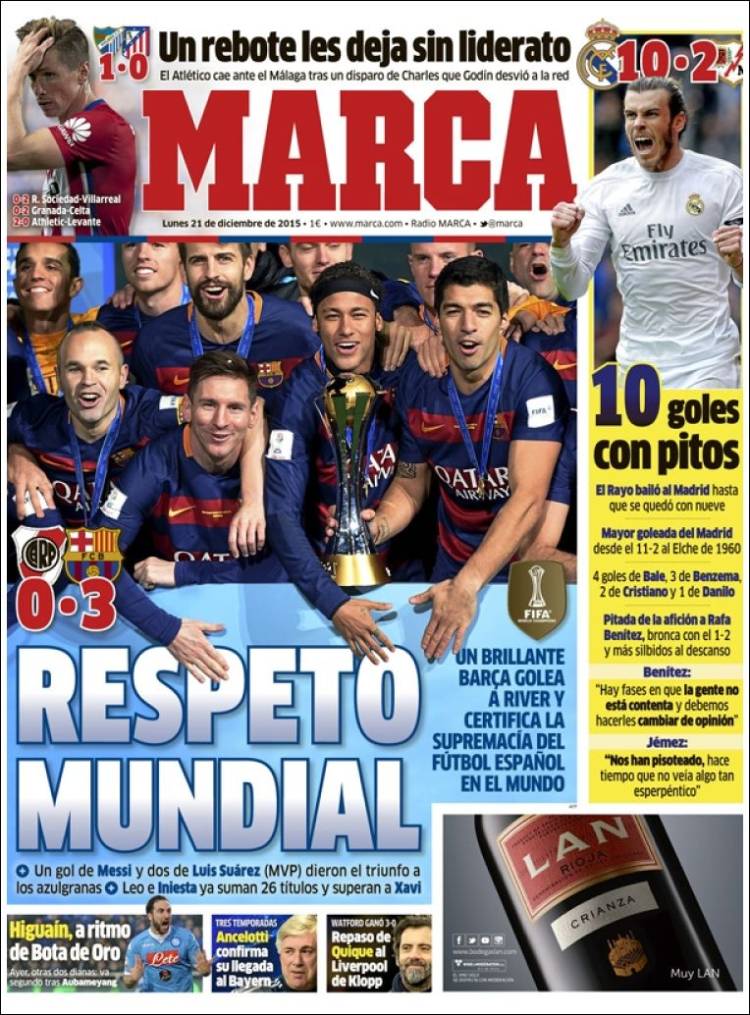 Leo and Iniesta win their 26th trophies to surpass Xavi

Four goals from Bale, three from Benzema, two from Ronaldo and one from Danilo

The fans boo Rafa Benitez, angry with going down 2-1 and more so after half-time

Benitez: “There were phases in which the fans were not happy, so we must make them change their opinion”

Jemez: "They oppressed us, while I had not seen anything so grotesque”

A deflection leaves them without top spot

Atletico trip up against Malaga after a shot from Charles, which Godin deflected into his own net

Higuain, to the rhythm of the Golden Boot

Scored another two goals yesterday to move behind Aubameyang in second

Ancelotti confirms his arrival at Bayern 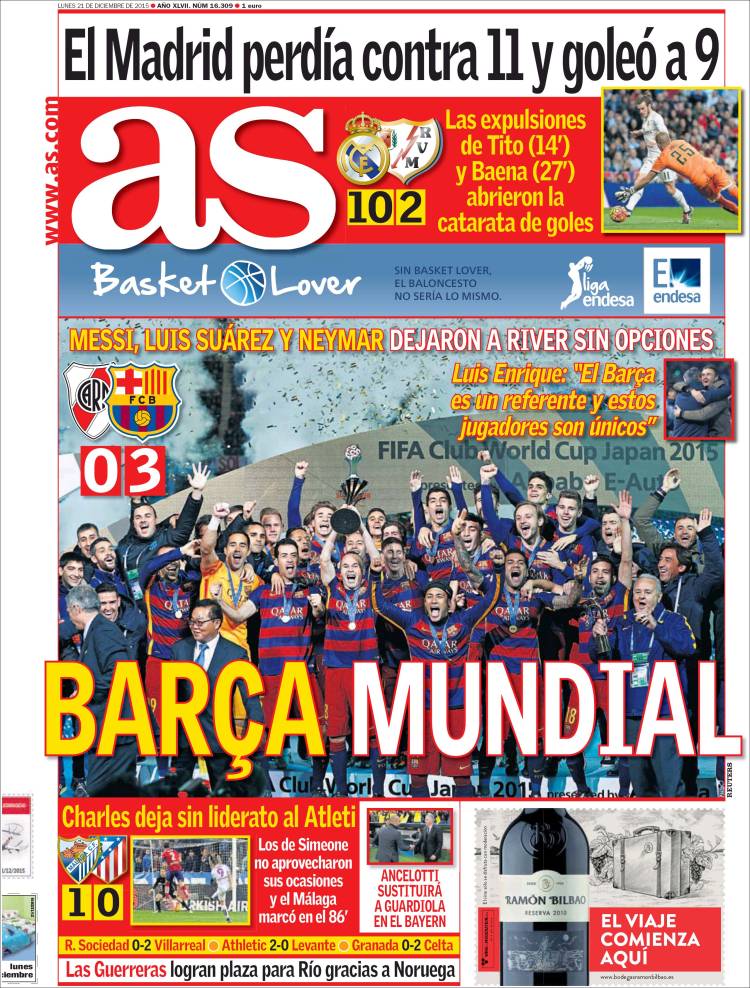 Messi, Luis Suarez and Neymar leave River without any options

Luis Enrique: “Barca are a reference and these players are unique”

Madrid lose to 11 but thrash nine 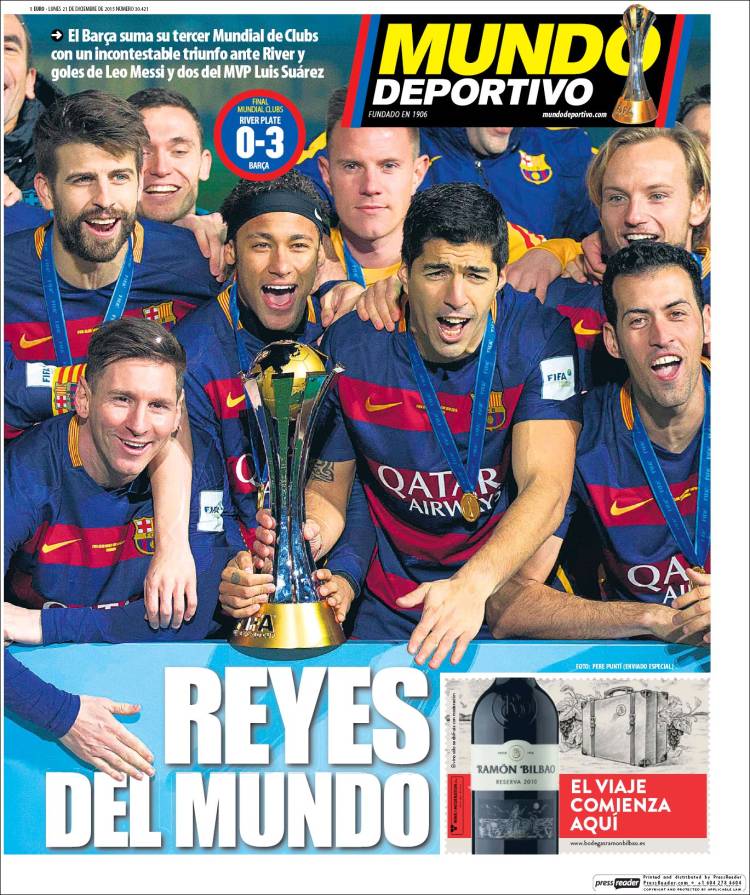 Kings of the world