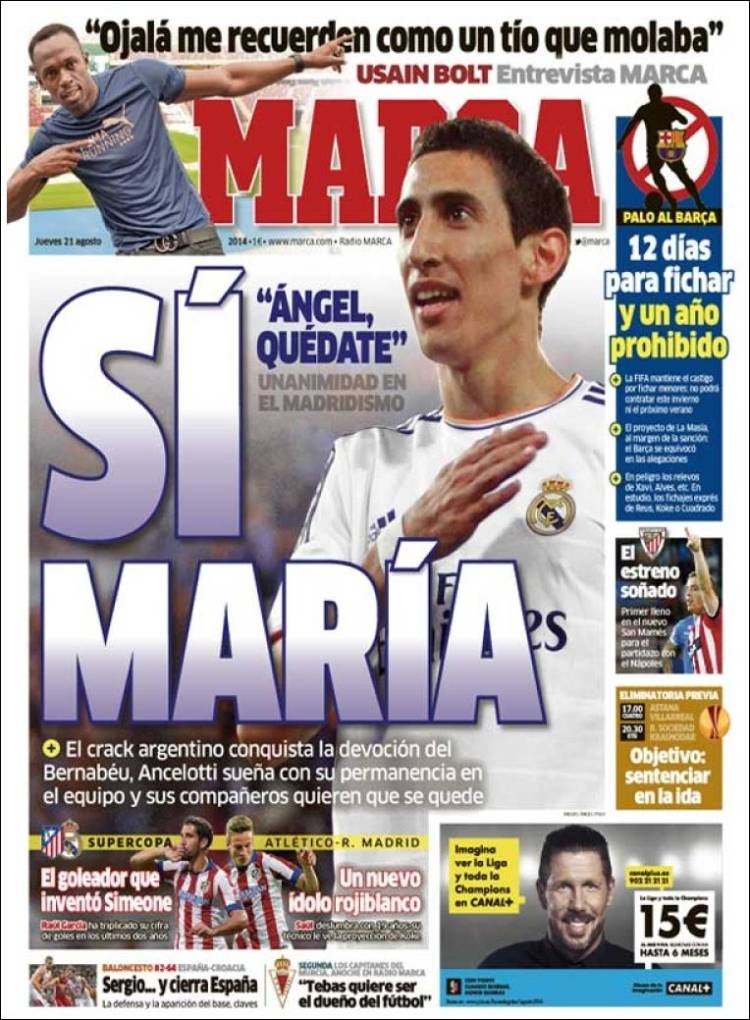 The Argentinean star captures the devotion of the Bernabeu, Ancelotti dreams of him staying with the club and his teammates want him to stay

The goalscorer that Simeone invented

Saul dazzles at the age of 19

'Tebas wants to own football'

FIFA uphold the transfer ban, they won't be able to sign this winter or next summer

The La Masia project not included in the ban, Barca slip up in the allegations

The replacement of Xavi, Alves etc in danger, the express signings of Reus, Koke and Cuadrado under study

Objective: Get the job done in the first leg 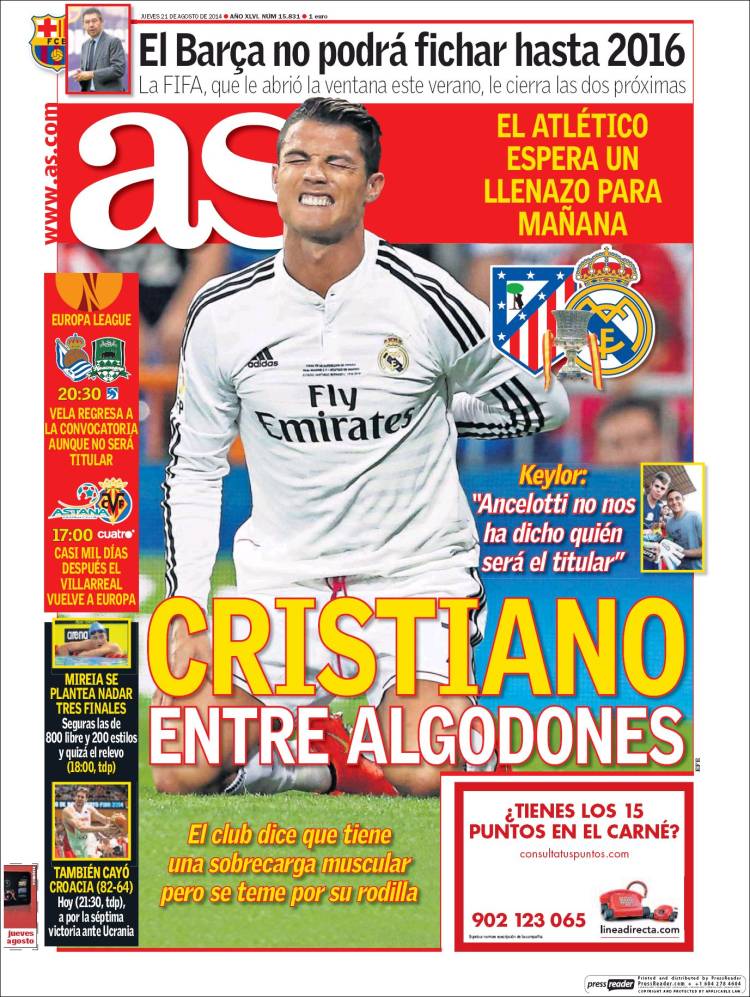 Keylor: 'Ancelotti has not told us who will start'

FIFA, who opened the window this summer, close it for the next two

Atletico hope for a sell out tomorrow

Vela returns to the squad but won't start 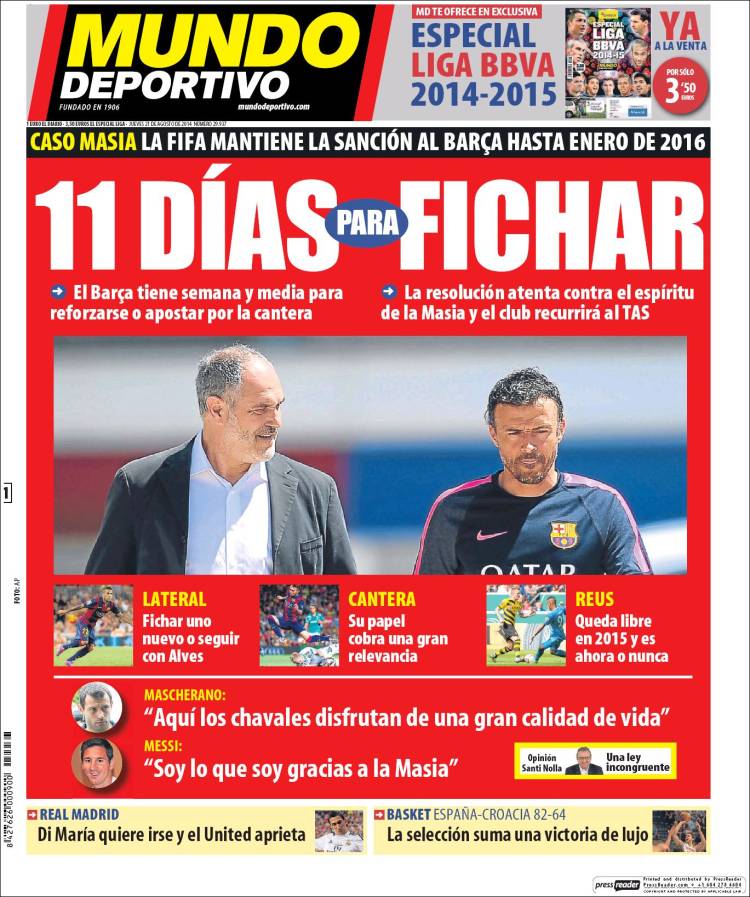 FIFA uphold the ban on Barca until January 2016

Their role has a great relevance

Mascherano: 'Here, the kids enjoy a great quality of life'

Messi: 'I am what I am because of La Masia'

Di Maria wants to go and United press for him