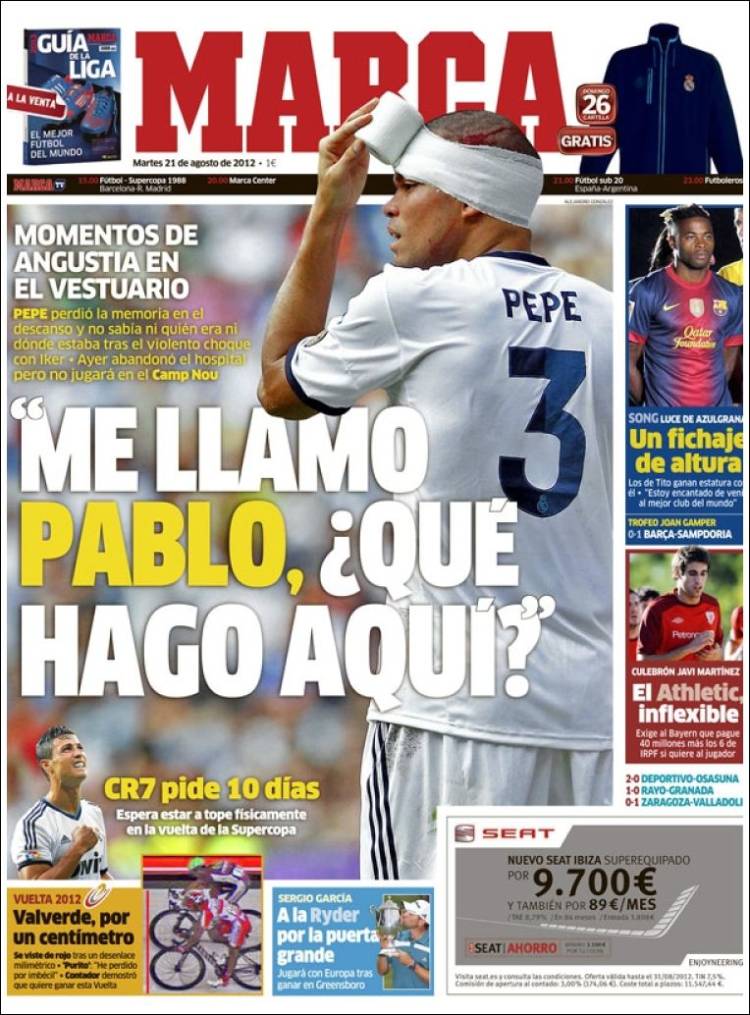 "I'm called Pablo. What am I doing here?"

Moments of anguish in the dressing room

CR7 asks for 10 days: "I hope to be at my physical best for the return leg of the Supercopa"

Song wears a Blaugrana shirt - a high-class signing: Tito's men gain in stature with him

Athletic inflexible: they demand Bayern pay €40m plus more than €6m in IRPF if they want the player 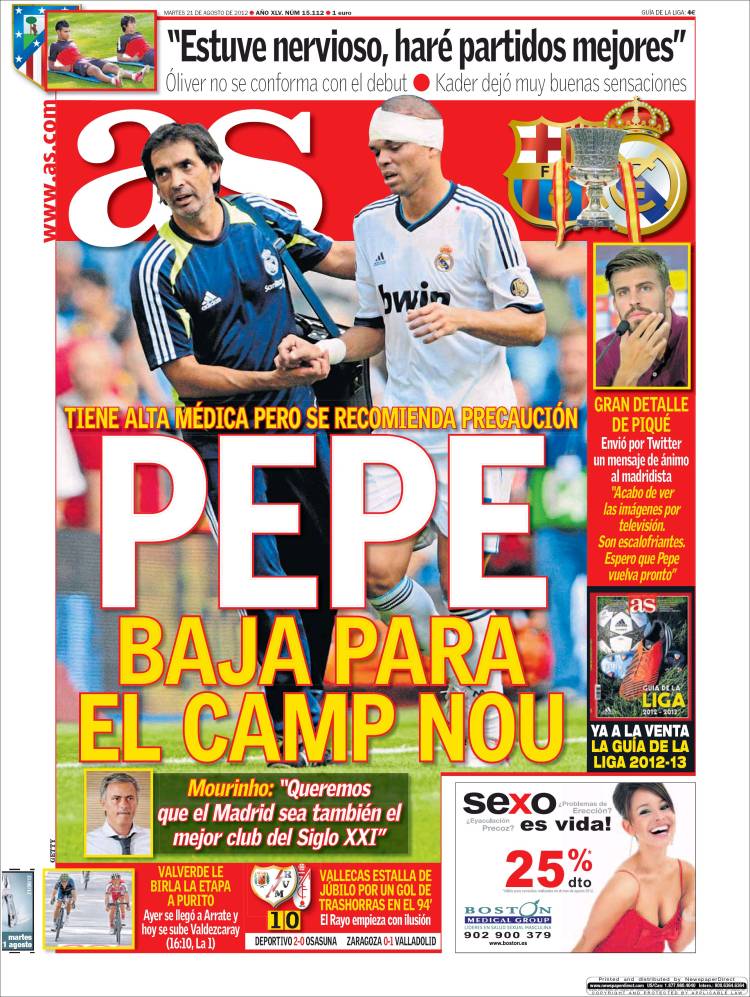 Pepe misses out at the Camp Nou: he gets the green light from the doctors but they recommend precaution

Mourinho: "We also want Madrid to be the best team of the 21st century"

Kader made a good impression

Great gesture from Pique: he sends a message of support to Madrid player Pepe via Twitter 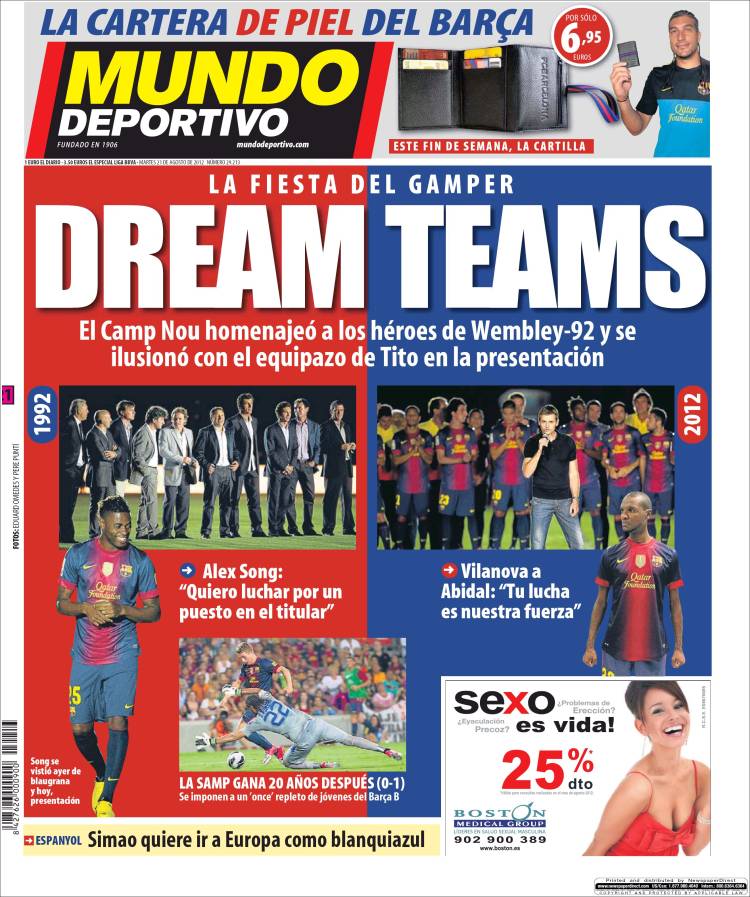 Alex Song: "I want to fight for a place in the starting line-up"

Vilanova to Abidal: "Your fight is our strength"