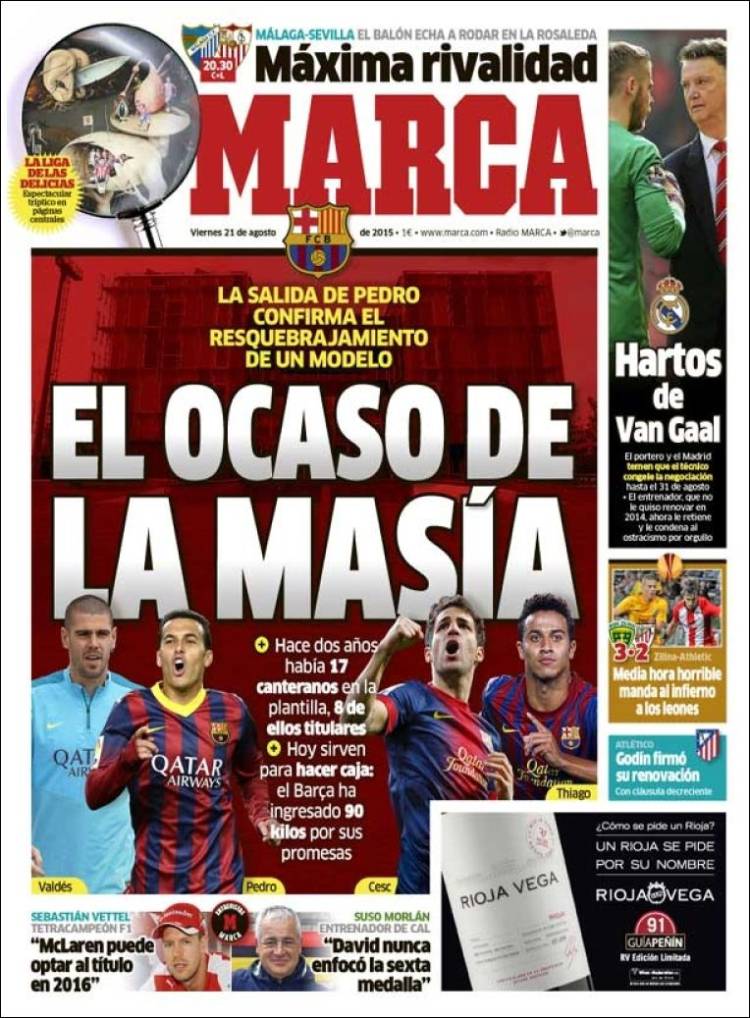 The decline of La Masia

Pedro's departure confirms the breakdown of the model

Two years ago, there were 17 youth graduates in the squad, including eight starters

Today it is used as a till; Barca have earned €90m from La Masia sales

Malaga and Sevilla get the ball rolling at La Rosaleda

Fed up with Van Gaal

The Coach, who chose not to renew De Gea's contract in 2014, has retained him yet ostracised him out of pride

An awful half an hour sent Los Leones to hell

With a smaller release clause 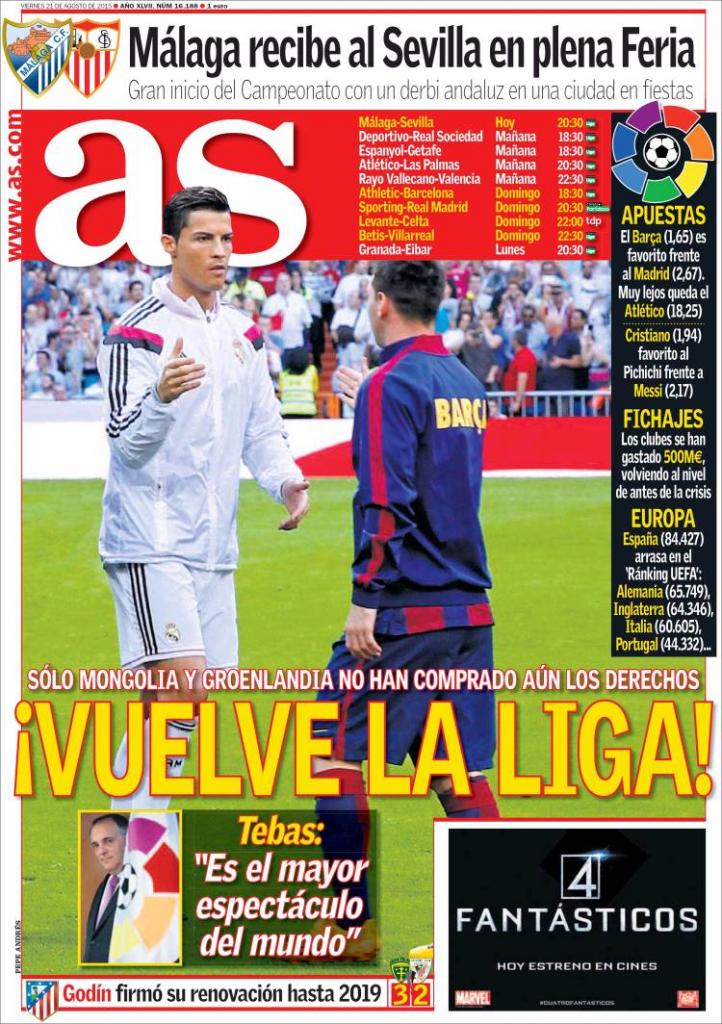 Only Mongolia and Greenland have not bought TV rights

Tebas: “It's the greatest show on Earth”

Malaga host Sevilla in front of a full house

Godin signs his renewal until 2019 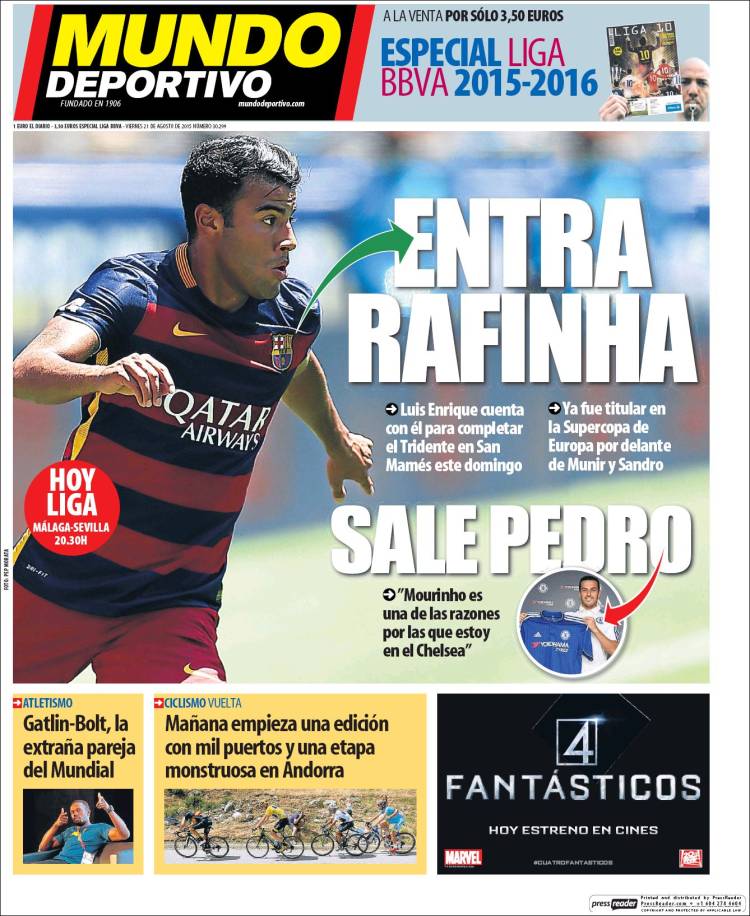 “Mourinho was one of the reasons why I joined at Chelsea”