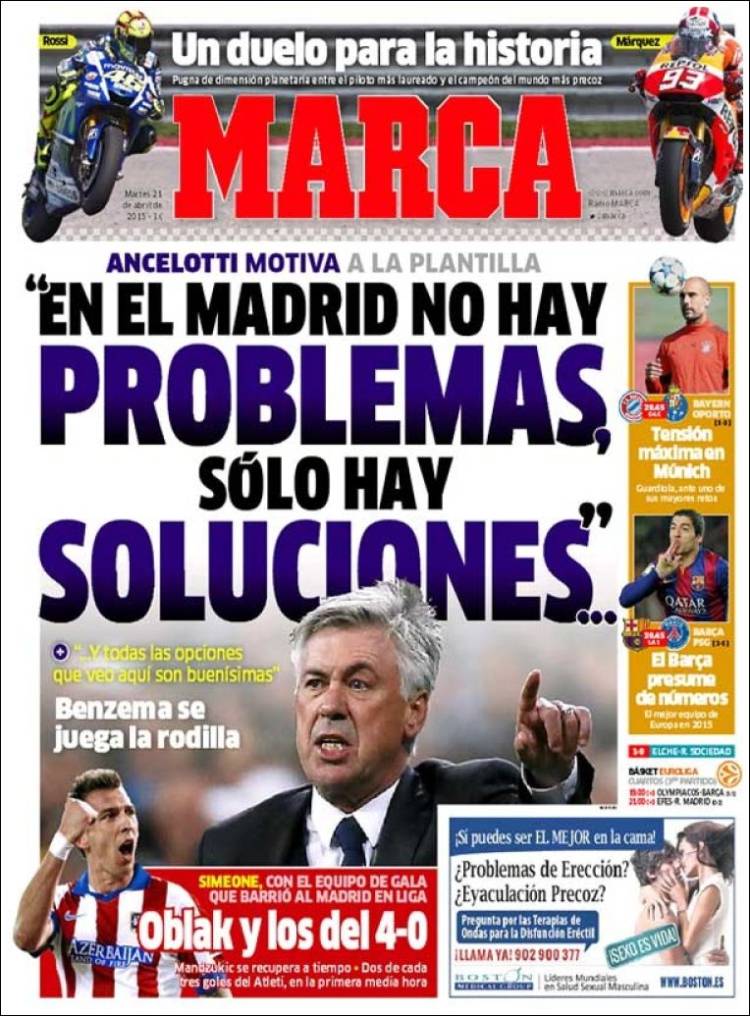 “At Madrid there are no problems, only solutions”

...”And all the options I see here are very good”

Benzema to play with his knee

Simeone, with the first choice starting line-up that has swept Madrid away in La Liga

Oblak and those from the 4-0 win

Maximum tension in Munich. Guardiola faces one of his major challenges

Barca boast the numbers. The best team in Europe in 2015 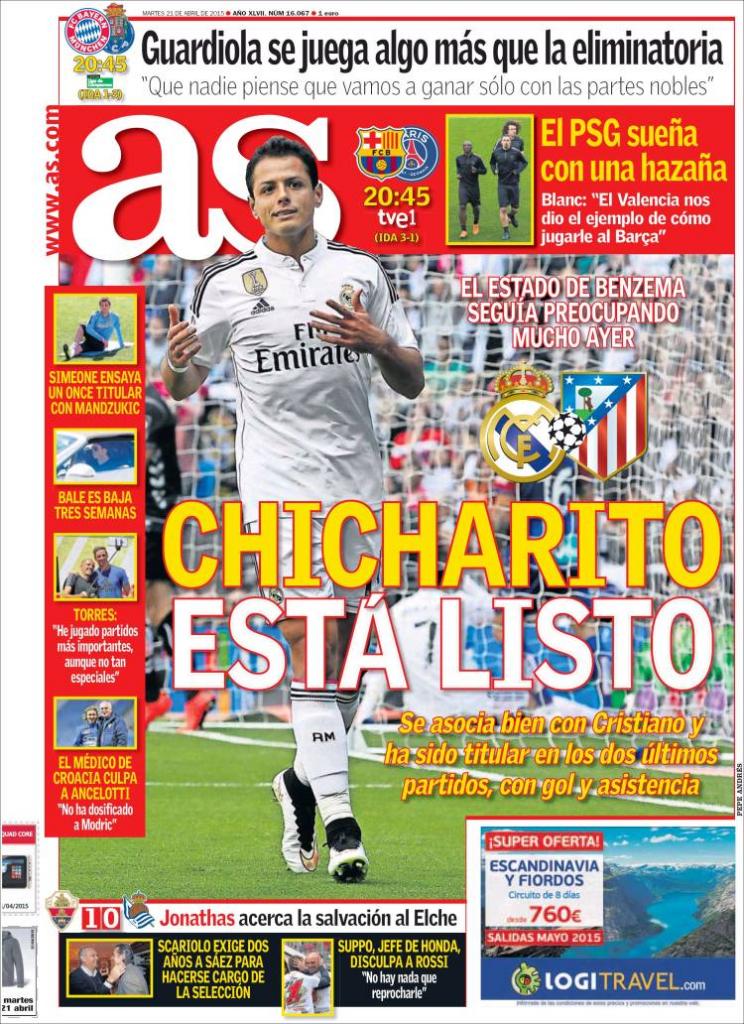 He links up well with Cristiano and has been first choice in the last two games, with a goal and an assist

PSG dreaming of an exploit

Blanc: “Valencia are an example for us of how to play against Barca”

Guardiola plays for something more than the tie

Simeone tries out a starting XI with Mandzukic

Bale is out three weeks

Torres: “I’ve played in more important games, although not as special” 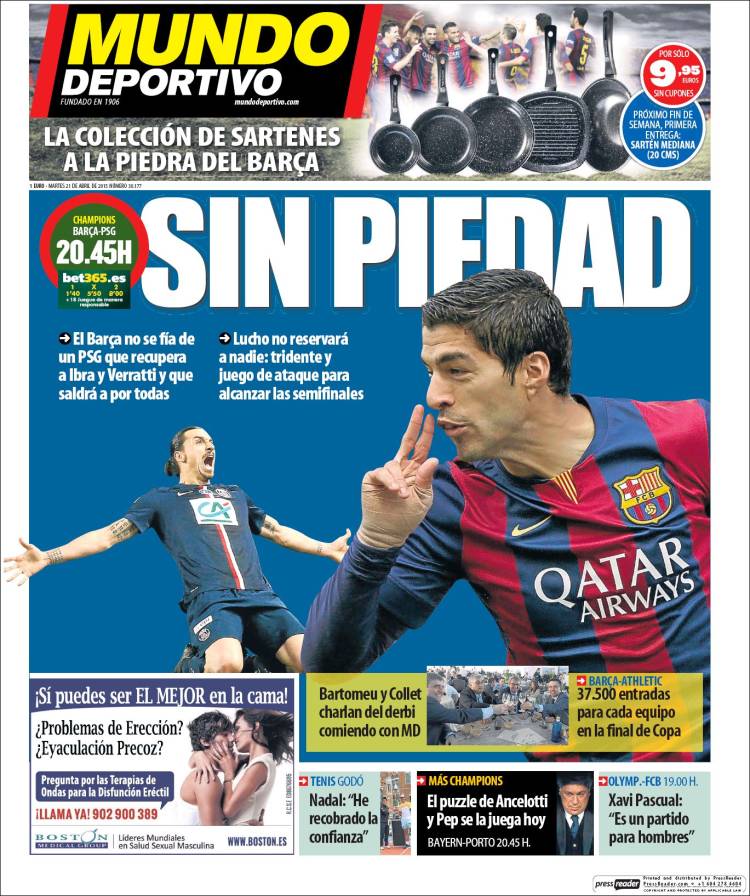 Lucho will not reserve anyone: trident and attacking play to reach the semi-finals

Bartomeu and Collet chat about the derby at lunch with MD

37,500 tickets for each team in the Copa del Rey final