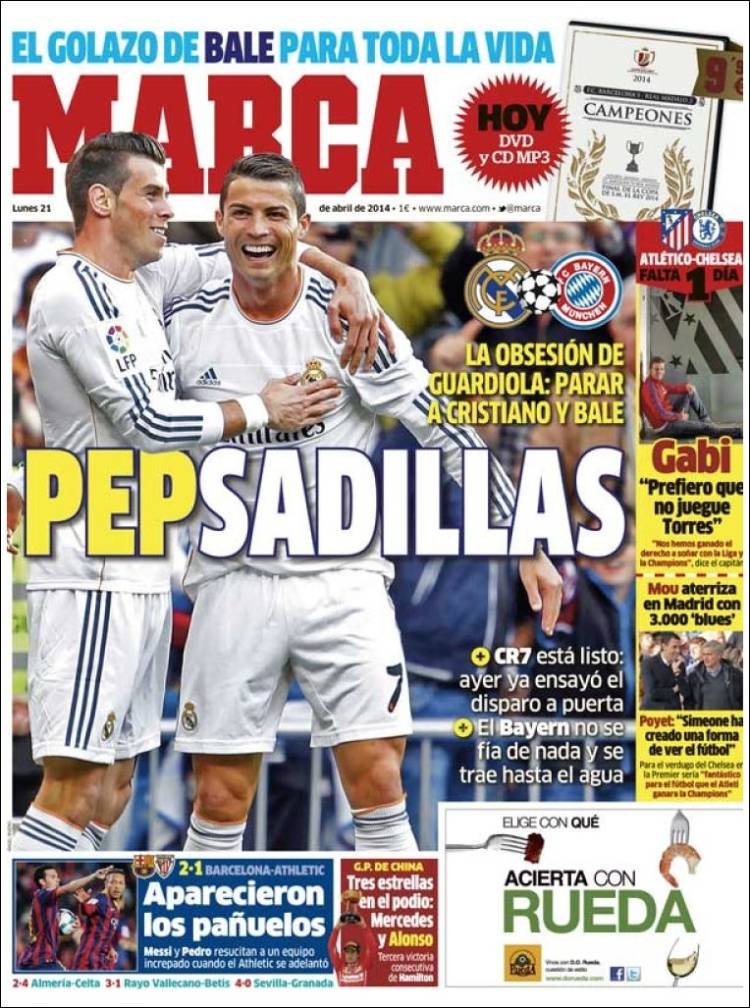 CR7 is ready: Yesterday he was given the green light

Bayern are not giving confidence with their performances

Gabi: "I prefer that Torres does not play"

Mou lands in Madrid along with 3000 Blues

Poyet: "Simeone has created another type of football to see"

For Chelsea's bogey man in the Premier League, it would be "Fantastic for football if Atletico won the Champions League"

Messi and Pedro rescue a team stunned when Athletic went ahead

Three stars in the podium: Mercedes and Alonso 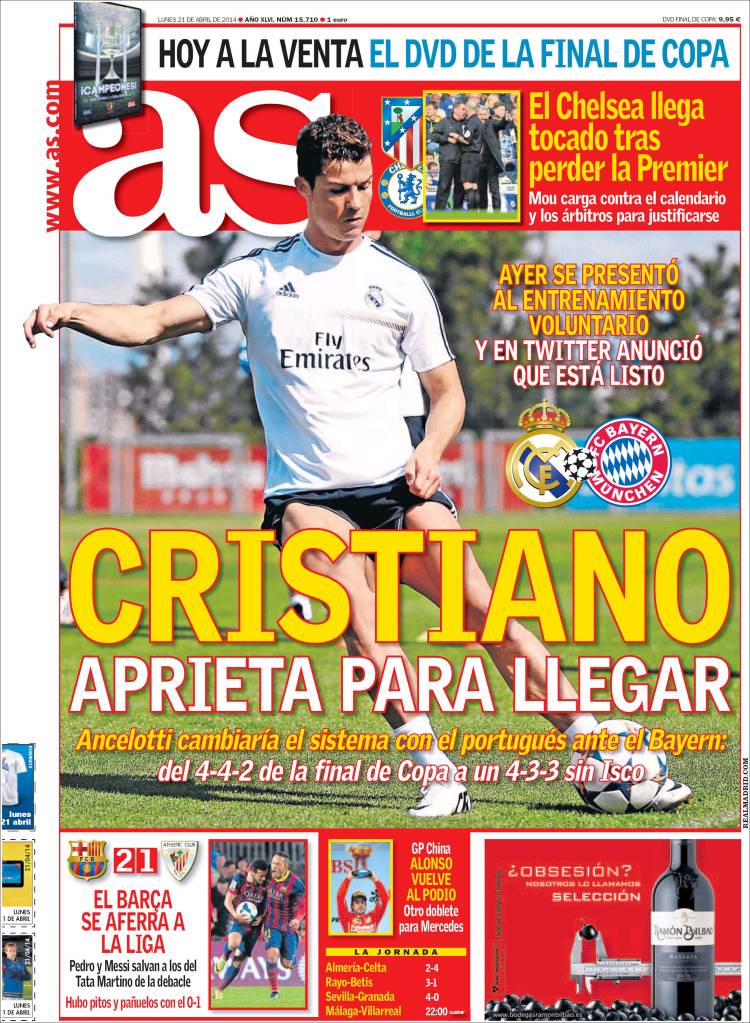 Cristiano to just make it

Ancelotti could change the system with the Portuguese back against Bayern; from the 4-4-2 of the Copa final to a 4-3-3 without Isco

Chelsea arrive in Madrid wounded after loss in the Premier League

Mou blames the calendar and the referees

Barca cling on to their title hopes

Pedro and Messi save Tata Martino from another debacle

There were jeers and cheers at 0-1

Alonso returns to the podium 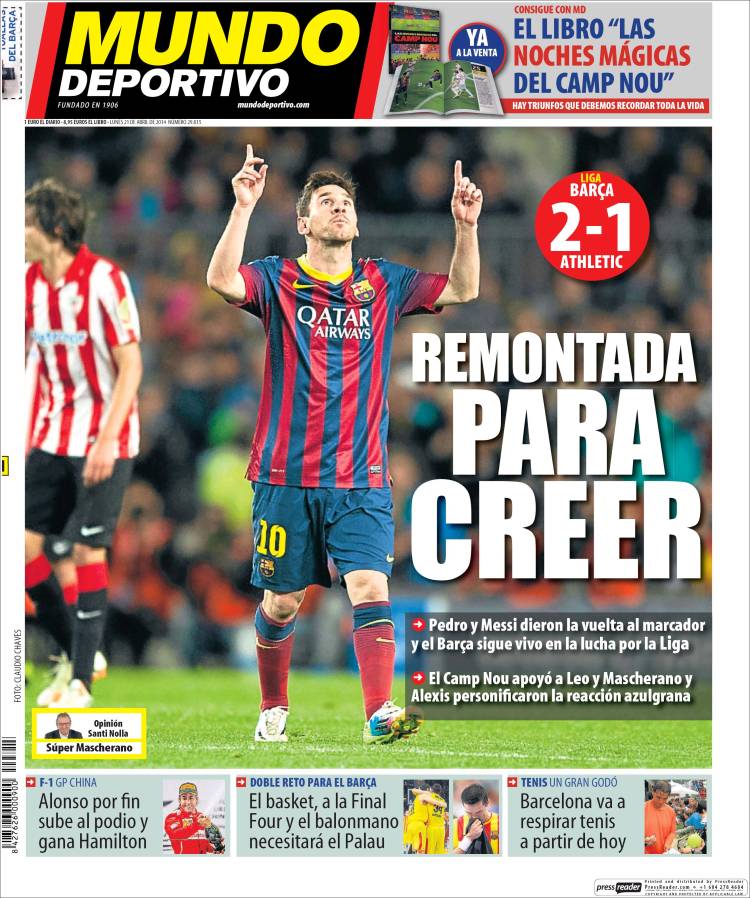 A comeback to believe in

Basketball, the final four and handball will need Palau

Barcelona will live and breathe tennis as of today