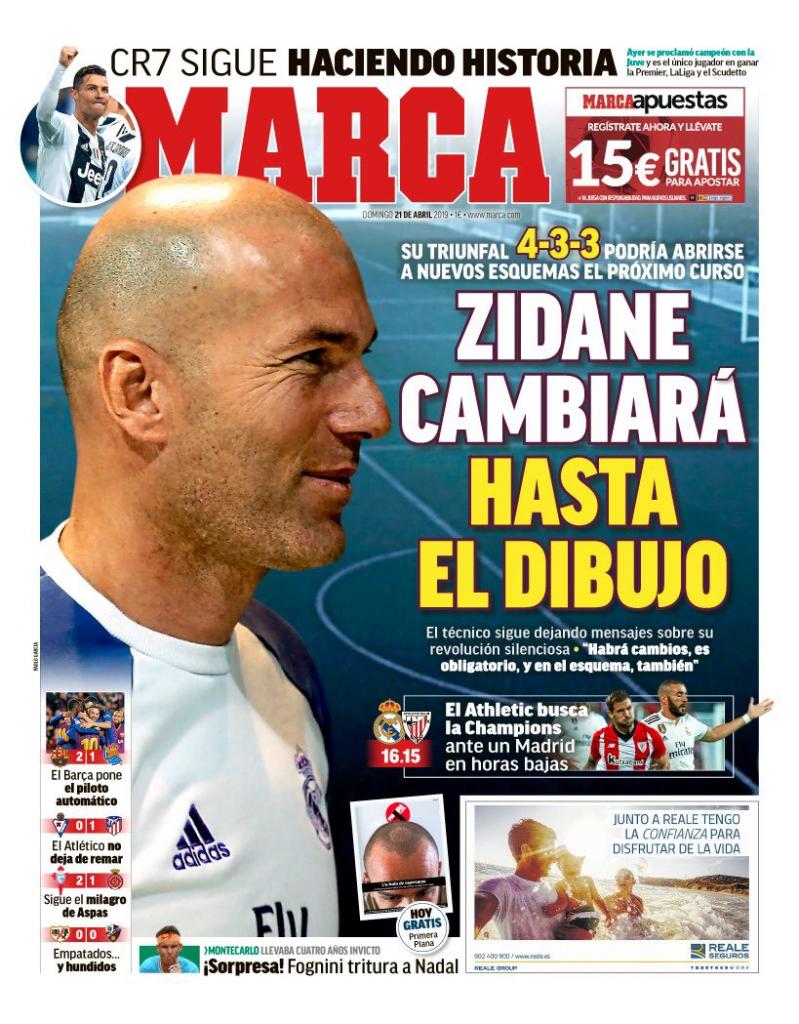 REAL MADRID: Zidane eyes tacitcal overhaul with a 4-3-3 formation against Athletic Bilbao, which if successful, could be the blueprint for 2019-20. The Frenchman is set begin his 'quiet revolution' this weekend.

BARCELONA:Barcelona are in title auto-pilot after 2-1 home win against Real Sociedad. 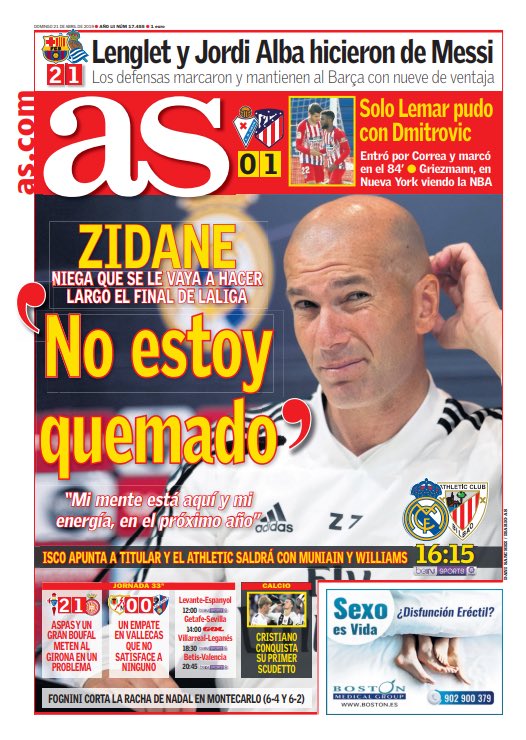 REAL MADRID: Zidane says he and his team are not looking for the end of the La Liga season - claiming he is definitely not burned out and is ready and full of energy for the remaining games.

BARCELONA: Goals from Clement Lenglet and Jordi Alba push Barcelona along in the quest to retain the title. 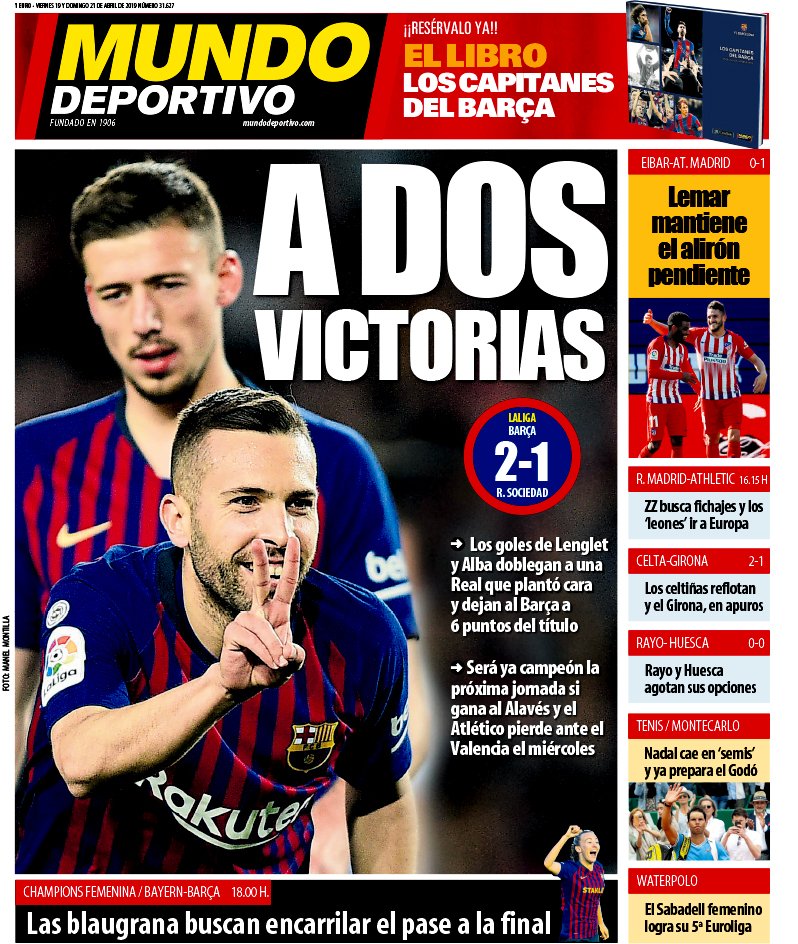 BARCELONA: To Two More Victories - Goals from Clement Lenglet and Jordi Alba mean that Barcelona need just six more points to be crowned champions. If they beat Alaves and Levante this week week they will be champions by the end of the weekend.

REAL MADRID: Zidane continues to search for summer transfer targets, as he prepares to big Real Madrid back to power.