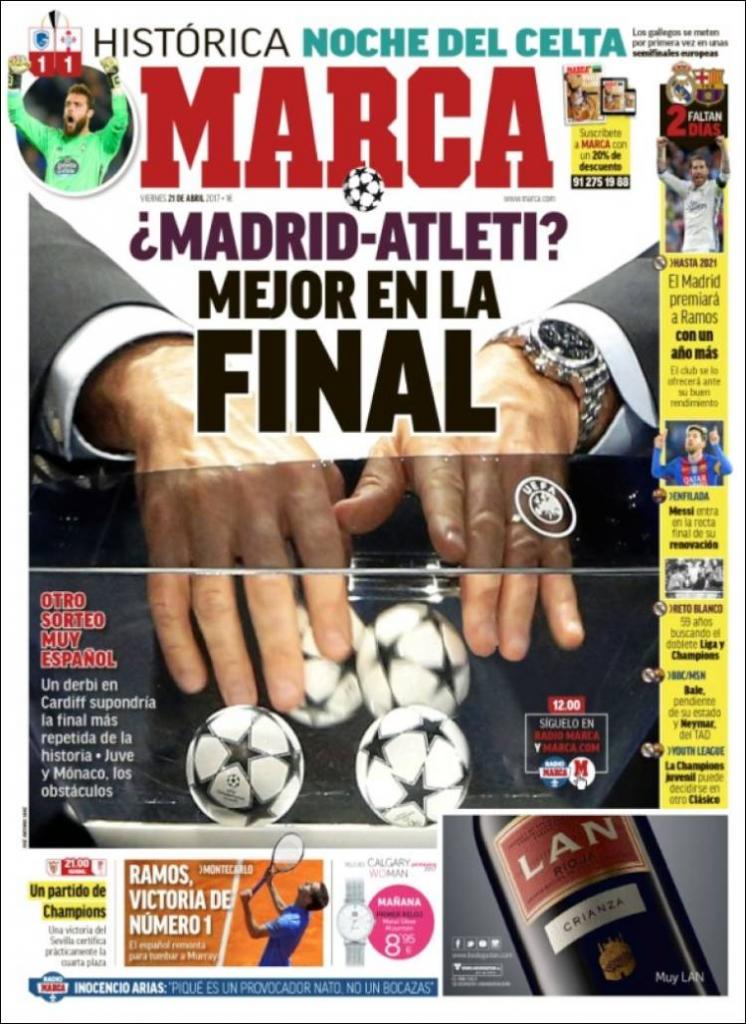 Madrid derby? Better in the final

A derby in Cardiff would make it the most repeated final in UCL history, Monaco and Juve the obstacles 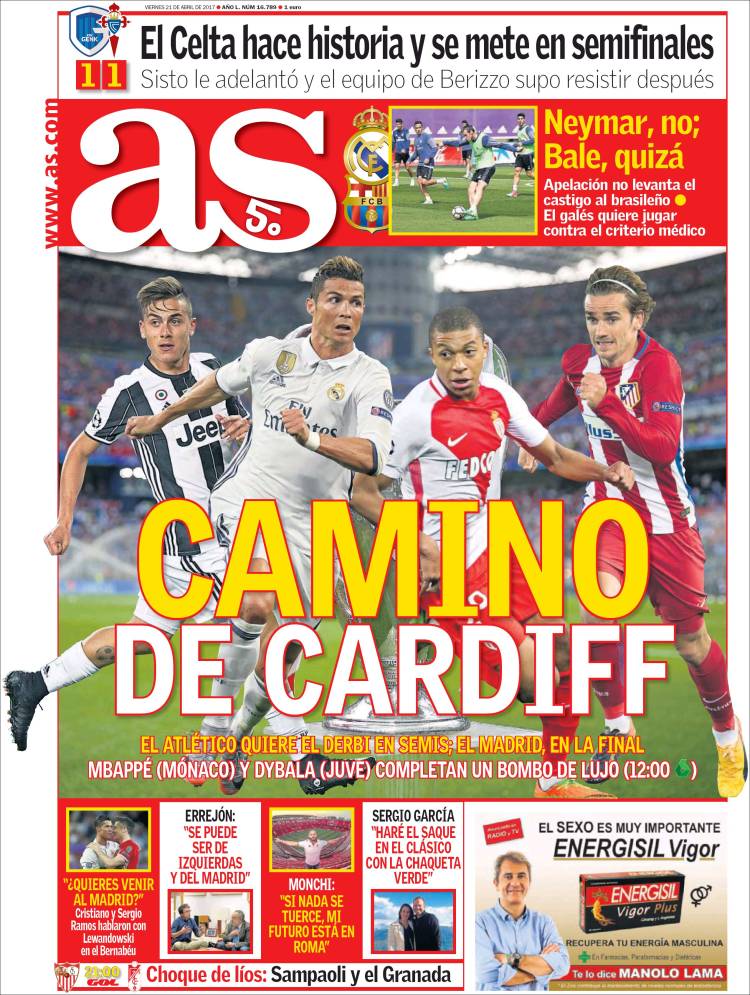 Atletico want a Madrid derby in the semi finals, RM want it in the final

Neymar, no, Bale, maybe - Neymar appeal on suspension fails, the Welsh forward wants to play but it's pending medical evaluation

Do you want to come to Madrid? Cristiano and Ramos spoke to Lewandowski at the Bernabeu

Monchi: If nothing goes wrong, my future is at Roma

Clash of lions: Sampaoli and Granada 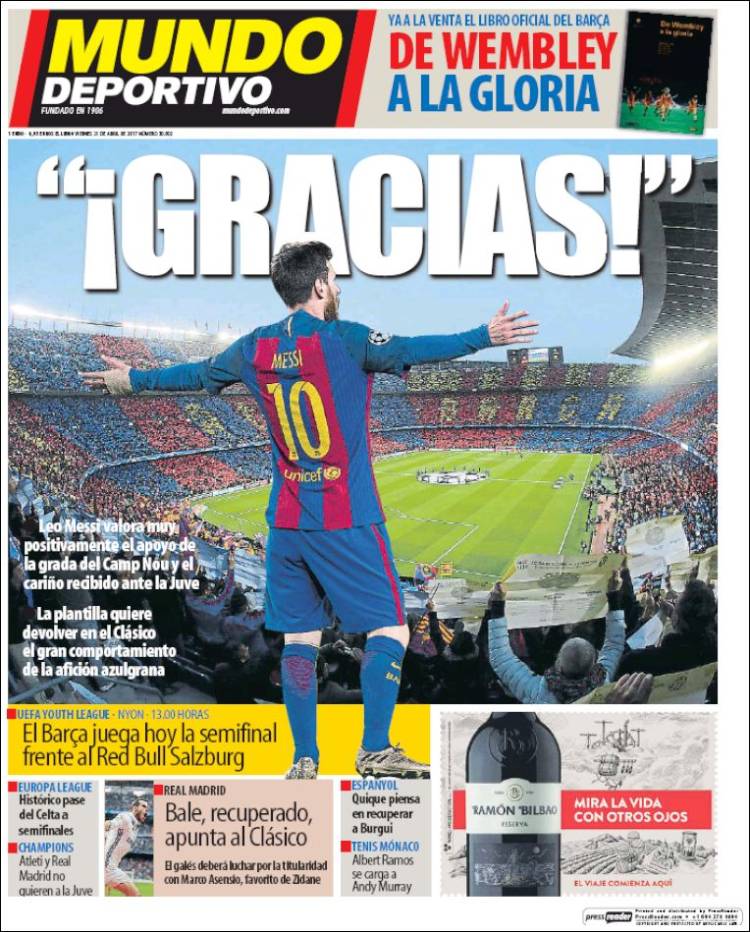 The team's main aim is to give back, via El Clasico, their gratitute to the fantastic support

Bale, recovering, points to El Clasico - should fight for a place against Marco Asensio