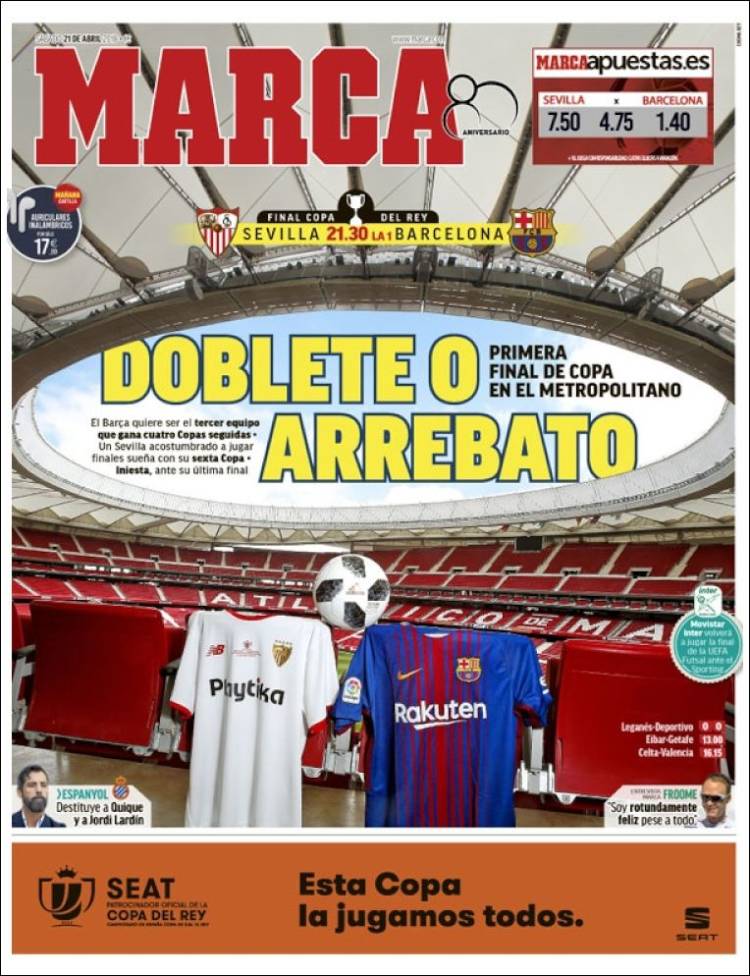 First Copa Final at the Metropolitano

A Sevilla side, who are used to playing in Finals, dream of a sixth Copa 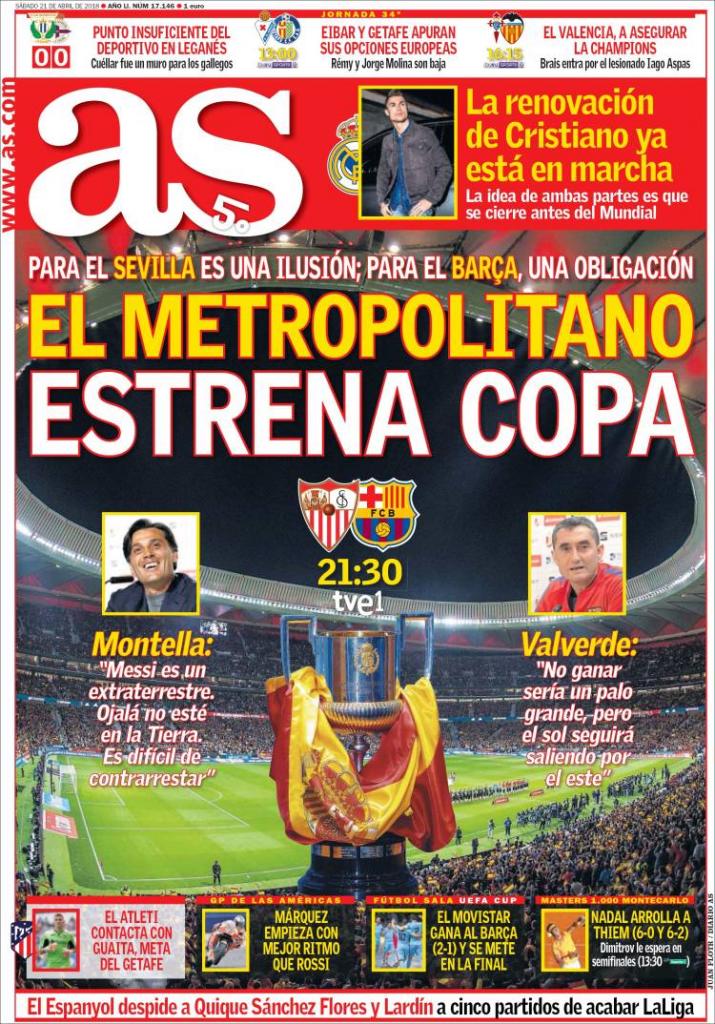 Point not enough for Deportivo at Leganes

Eibar and Getafe both go for Europe

For Sevilla, it is a dream; for Barca, an obligation

Montella: "Messi is an alien. Hopefully he won't come down to planet Earth. It's difficult to combat him"

Valverde: "Not winning would be a blow, but the sun will still rise" 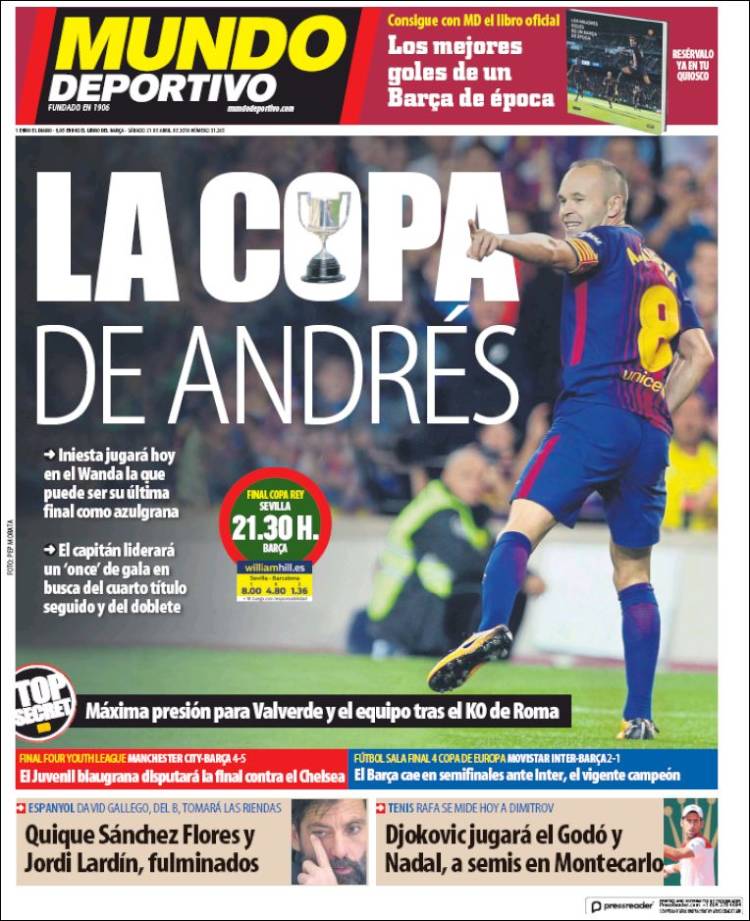 The captain will lead out a full-strength XI, in search of a fourth straight Copa and the double

Barca's Juvenil will face Chelsea in the Final