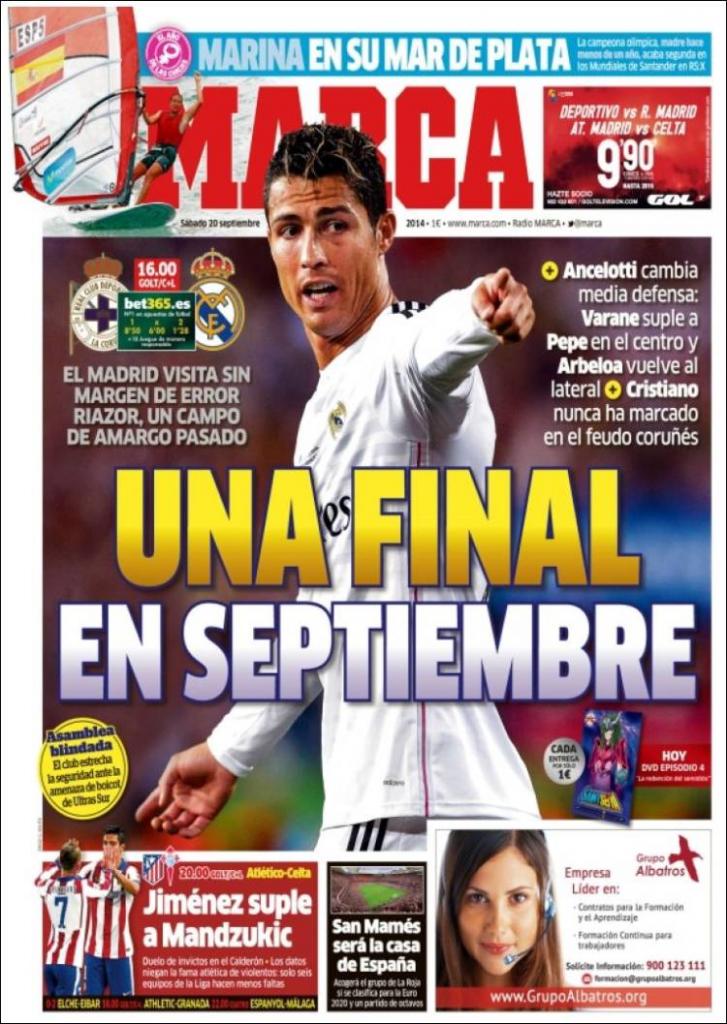 A final in September

Madrid without room for error when they visit Riazor, a ground with a bitter past

Ancelotti changes half the defence: Varane replaces Pepe in the centre and Arbeloa returns at full-back

A protected assembly: the club tightens security against the threat of a boycott and the Ultras Sur

A clash of the unbeaten at the Calderon

San Mames will be Spain’s home: it will host La Roja’s group if they qualify for 2020 and also a Round of 16 tie 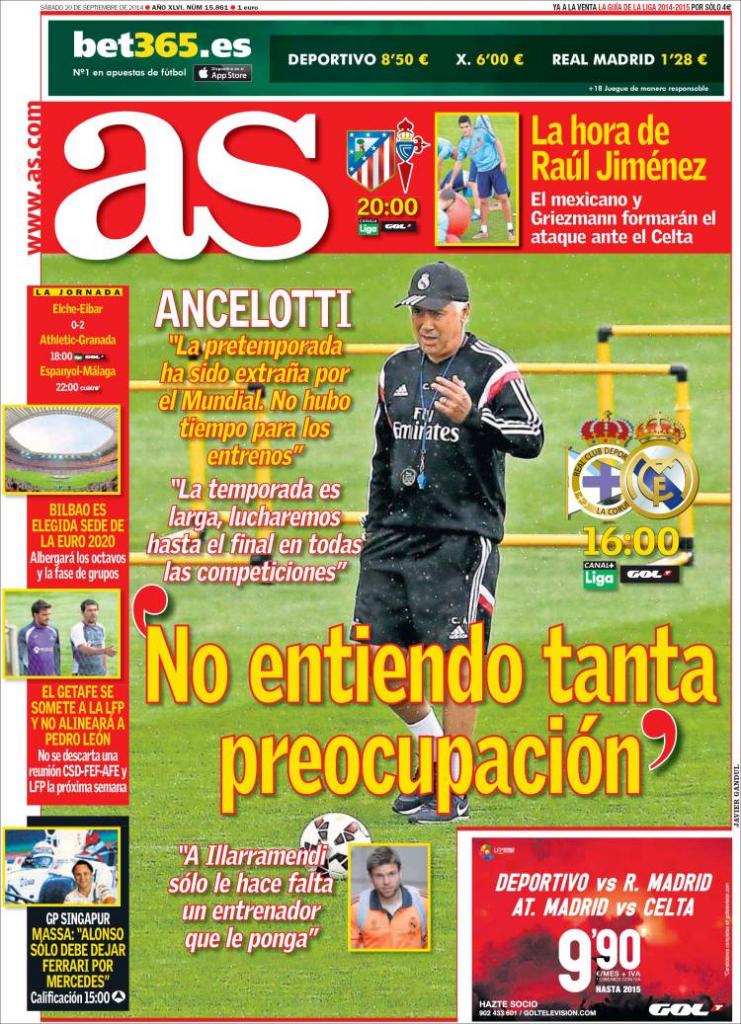 Ancelotti: “I don’t understand so much worry”

“The pre-season was strange because of the World Cup. There wasn’t time for us to practice”

“The only thing Illarramendi lacks is a Coach that picks him”

Raul Jimenez’s time: the Mexican and Griezmann will form the attack against Celta

Bilbao is selected as one of the headquarters for Euro 2020 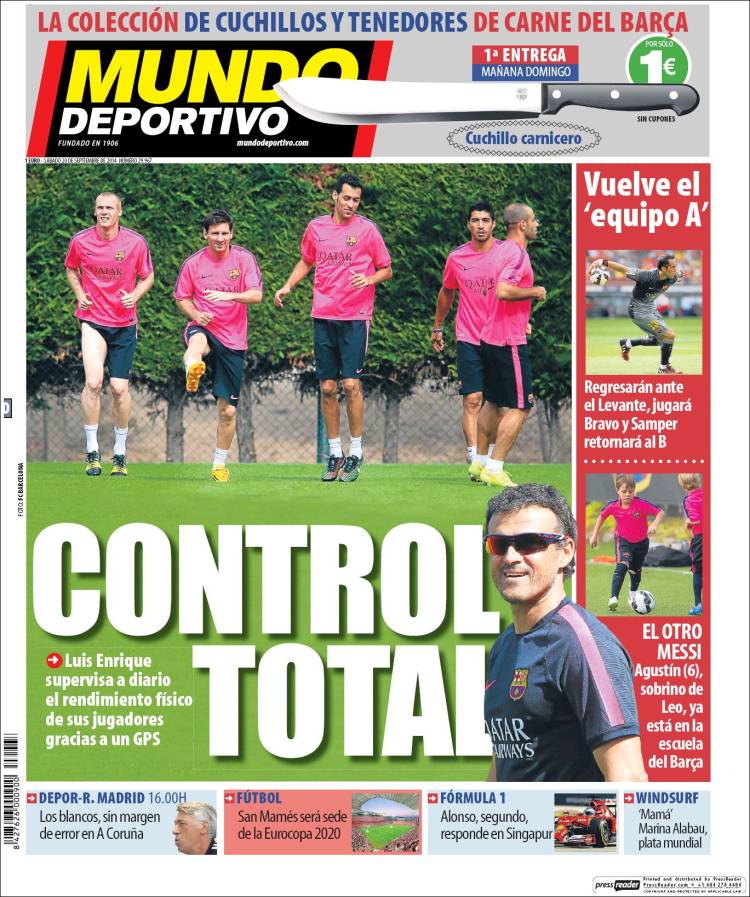 The ‘A team’ are back: they return against Levante while Bravo and Samper will go back to the B team

The other Messi: Agustin (6), Leo’s nephew, is already in Barca’s school

Los Blancos, without margin for error in Coruna