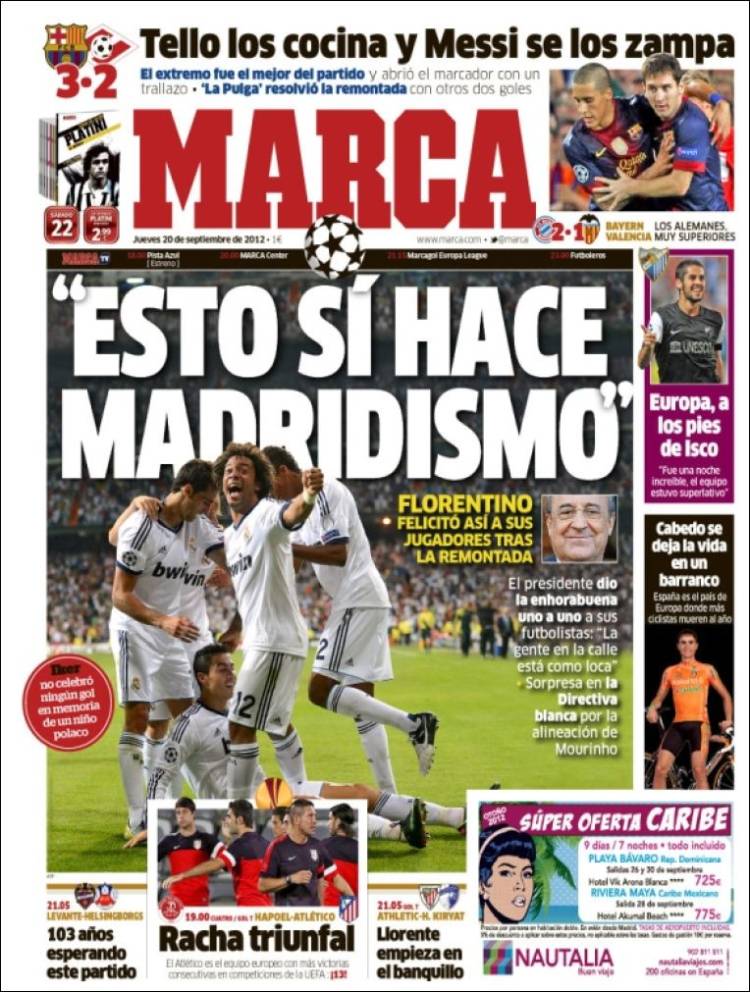 "This is what makes Madrid": Florentino praises his players after their comeback

The President congratulates the players individually: "The people on the street are going mad"

The Madrid board are surprised by Mourinho's starting line-up

Tello cooks them and Messi finishes them off

La Pulga sealed the comeback with another two goals

Bayern-Valencia: the Germans were superior

Llorente starts on the bench

Winning streak: Atletico is the team with most consecutive victories in UEFA competition

Europe at Isco's feet: "It was an incredible night, the team was superb"

Levante-Helsingborgs: 103 years waiting for this match 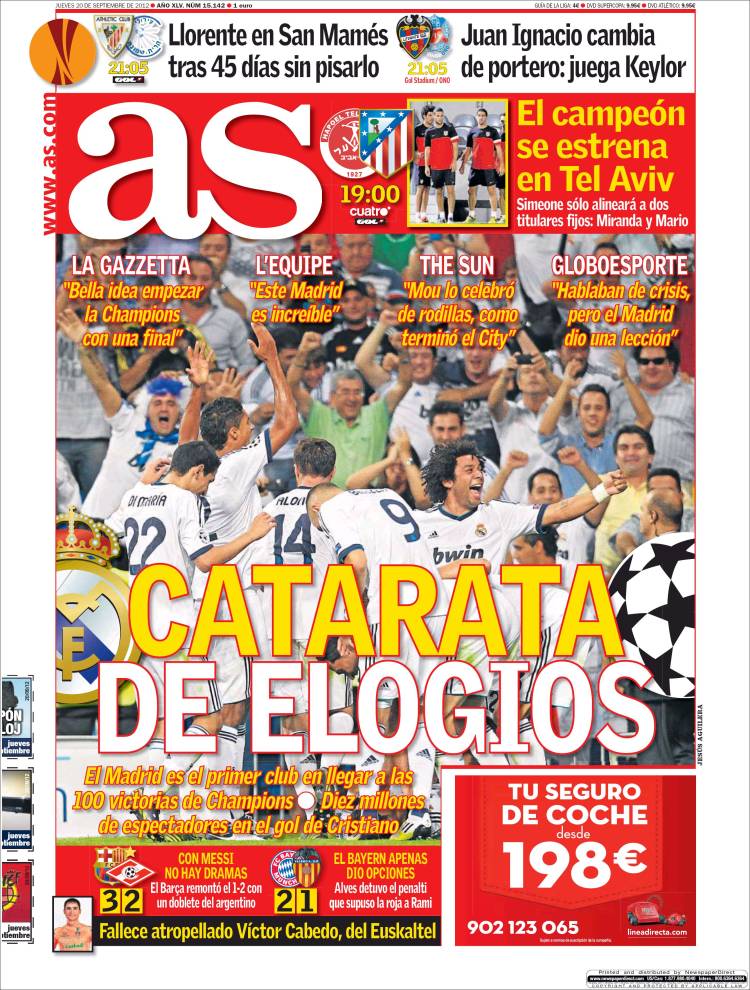 A flood of praise

Gazzetta: "Beautiful idea to begin the Champions League with a final"

L'Equipe: "This Madrid is incredible"

The Sun: "Mou celebrates on his knees, which is how City ended up"

Globoesporte: "They spoke of crisis but Madrid gave a lesson"

The champions begin in Tel Aviv: Simeone will only pick two regulars - Miranda and Mario

Llorente in San Mames 45 days after last setting foot there

No drama with Messi: Barca come back from 2-1 down with a double from the Argentine

Bayern offer no options: Alves saved the penalty for which Rami was sent off 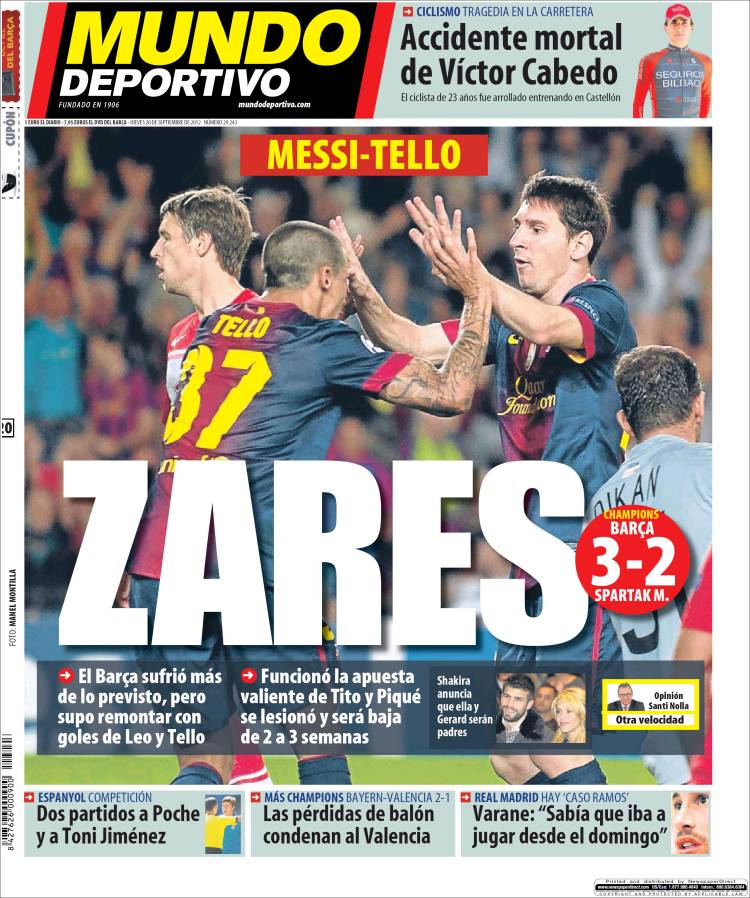 Tito's brave decision worked: Pique was injured and will be out 2-3 weeks

Varane: "I knew I would be playing last Sunday"