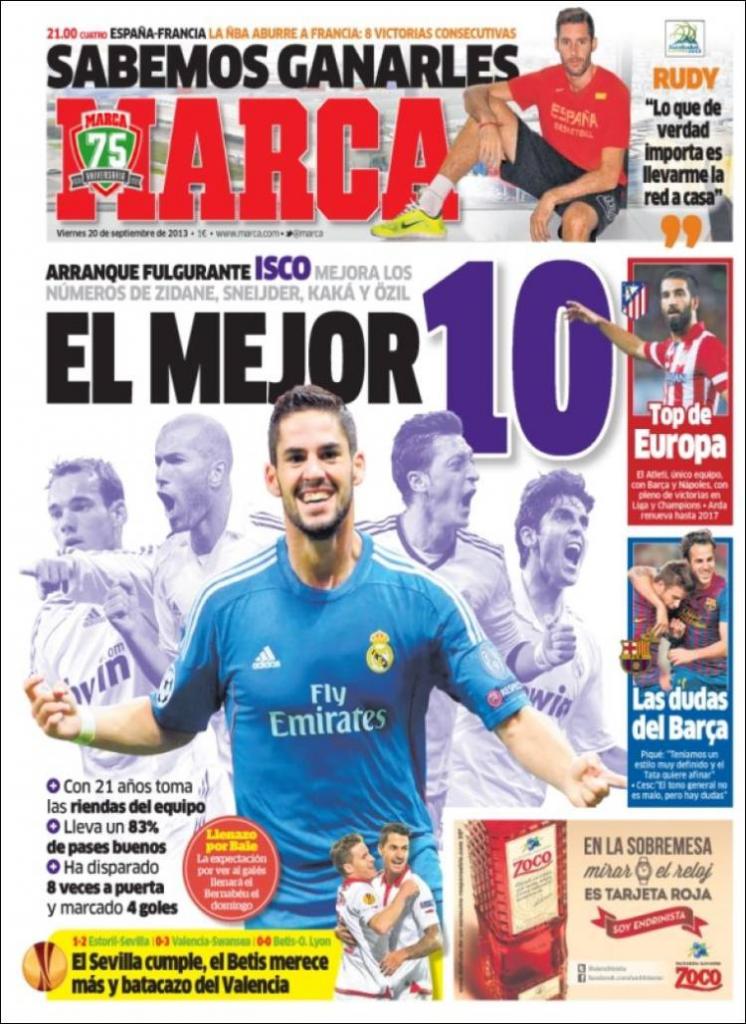 Isco's stunning start to the season betters that of Zidane, Sneijder, Kaka, Ozil

At just 21 years, he has already taken over the reins

83 per cent of his passes have been successful

He has shot eight times and scored 4 goals

Atletico, the only team along with Barca and Napoli, that has won all their games so far in their domestic league and the Champions League

Pique: "We have a very defined style and Tata was to fine tune it""

Cesc: "There is nothing in particular wrong, but, there are doubts"

We know how to beat them

Rudy: "What is really important is taking La Roja home" 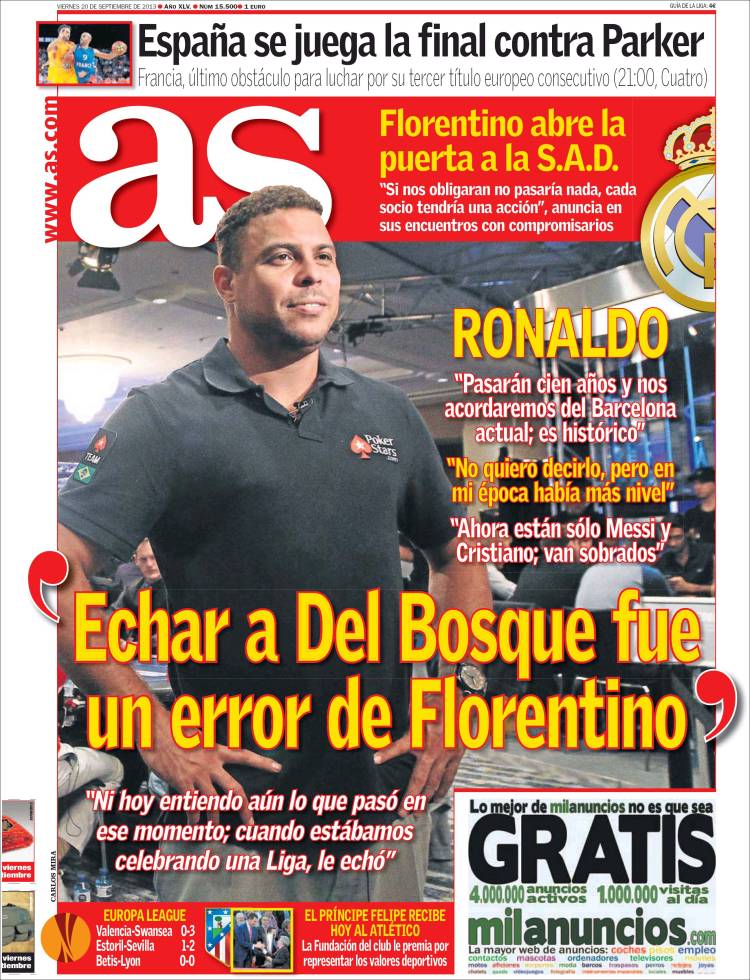 "Nor today do I understand what happened back then, when we were celebrating La Liga, he was asked to leave"

"One hundred years will pass and we will still remember this Barcelona team, they are historical"

"I do not want to say it, but, in my era there was a higher level"

"Now, Messi and Cristiano are the only two at a high level"

Florentino opens the doors to SAD

"If they oblige us, nothing would happen, every member has a stake"

Spain play for a place in the final

France, the last obstacle to fight for a third European title 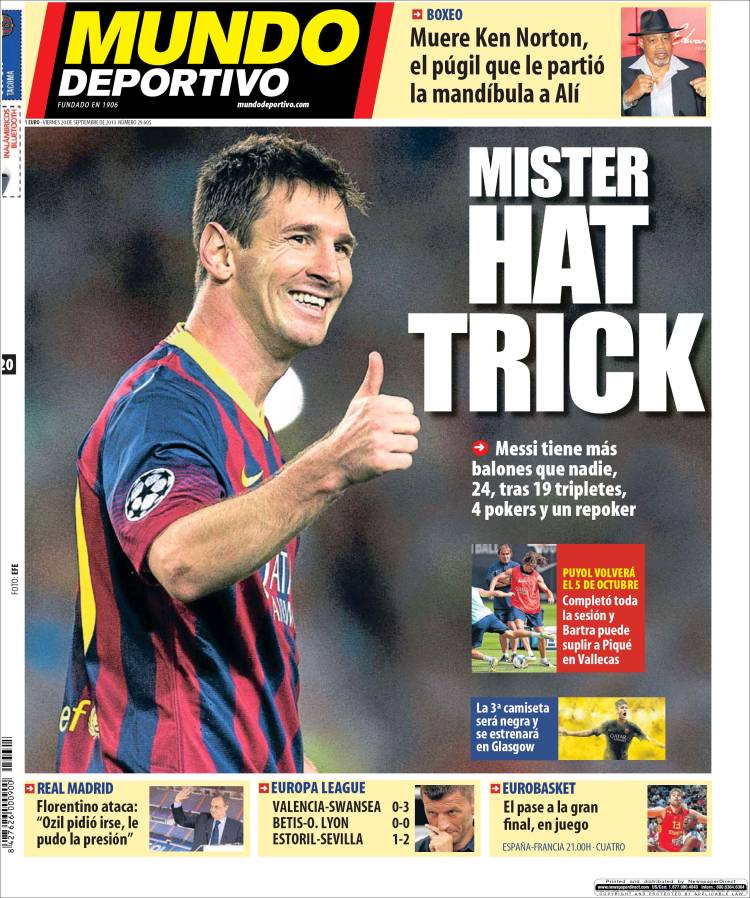 Messi has more balls than anybody, 24, after 19 hat-tricks 4 doubles

Puyol will return on October 5

The third shirt will be black and will debut in Glasgow

Real Madrid, Florentino attacks: "Ozil asked to leave, he could handle the pressure"

Basketball: Going for the final