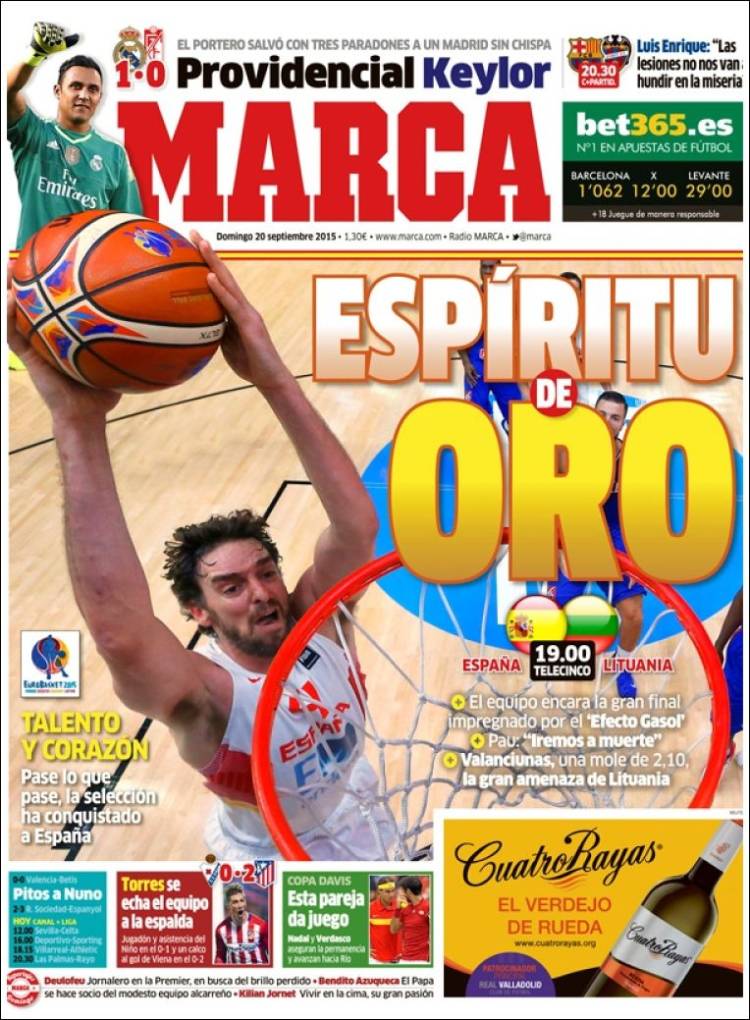 Whatever happens, the national team have won over Spain

The goalkeeper made three big saves for a Madrid side, who lacked spark

Luis Enrique: “Injuries will not plunge us into misery”

Torres carries his team on his back 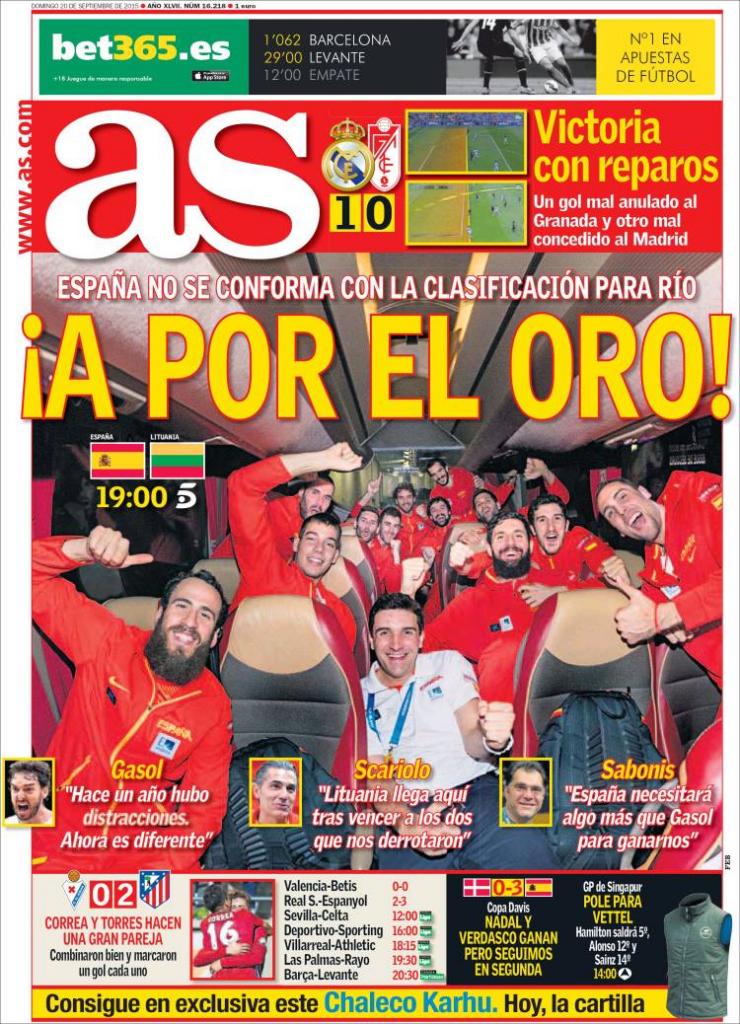 Spain are not satisfied with qualification for Rio

A bad decision wiped out Granada’s goal, while a bad goal was awarded to Madrid

They combined well and scored a goal each 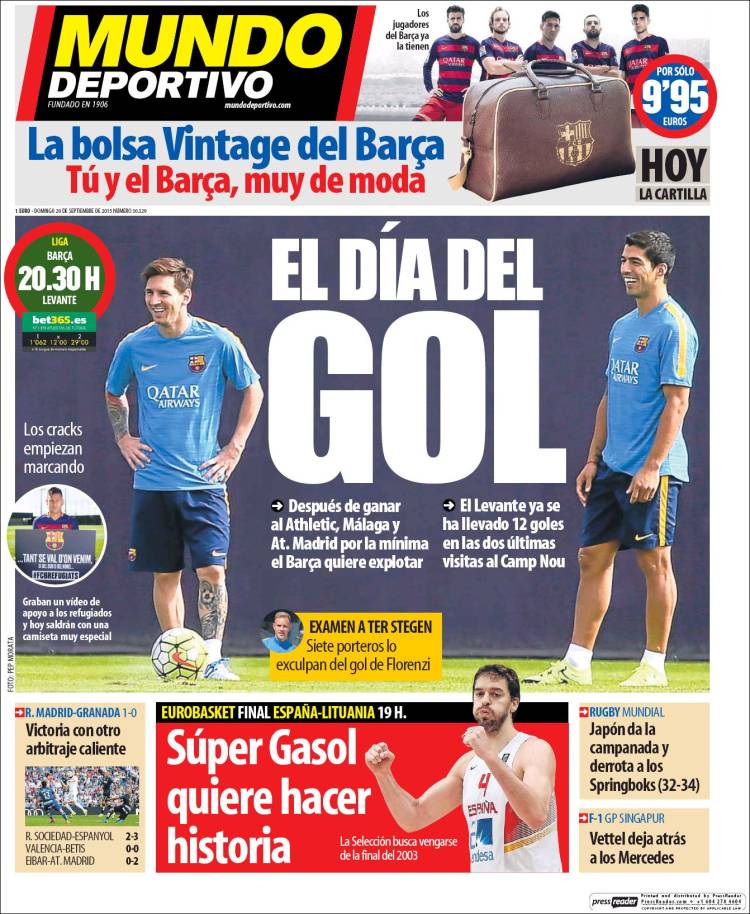 Seven goalkeepers clear him of any wrongdoing for Florenzi’s goal

Another win with controversial officiating