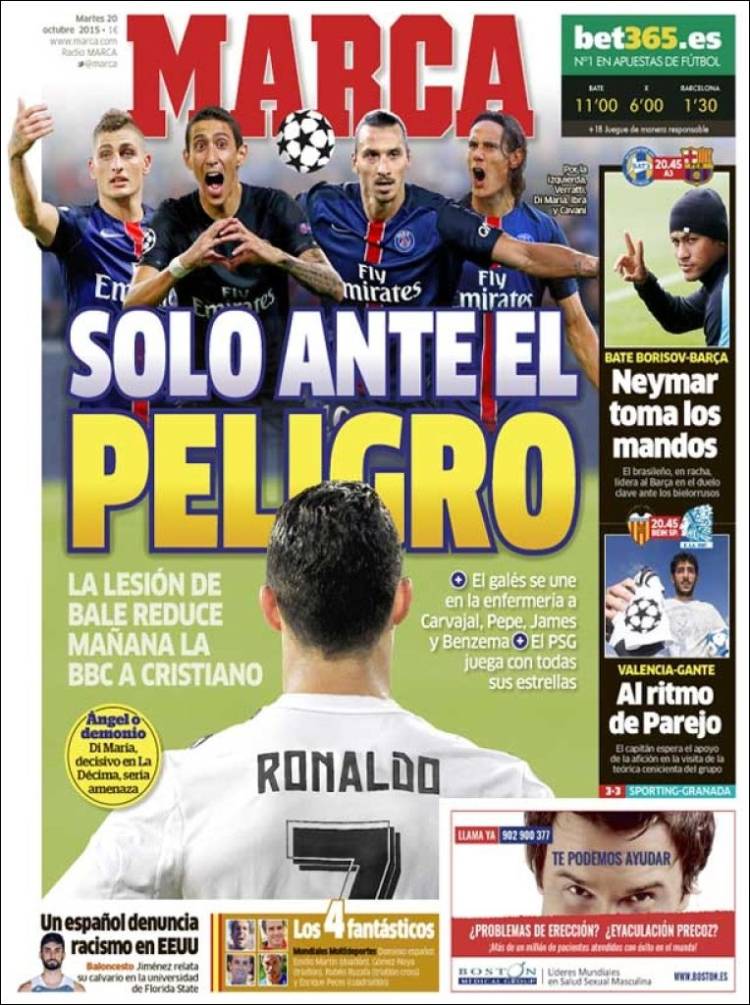 Alone before the danger

The injury to Bale reduces the BBC tomorrow to Cristiano

The Welshman joins in the infirmary Carvajal, Pepe, James and Benzema

PSG plays with all their stars

The Brazilian, on a hot streak, leads Barca to a key duel against the Belarussians

To the rhythm of Parejo 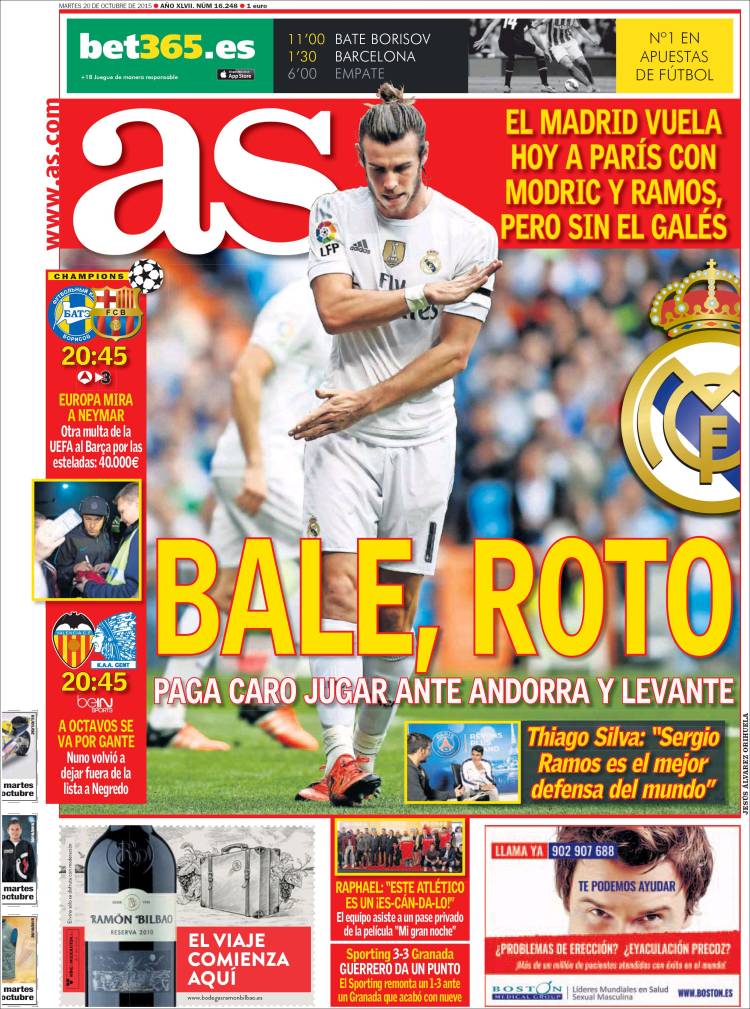 He pays expensively for playing against Andorra and Levante

Madrid today go to Paris with Modric and Ramos, but without the Welshman

Thiago Silva: “Sergio Ramos is the best defender in the world”

Another fine from UEFA to Barca for the Esteladas: €40,000

The Round of 16 goes away for Gent 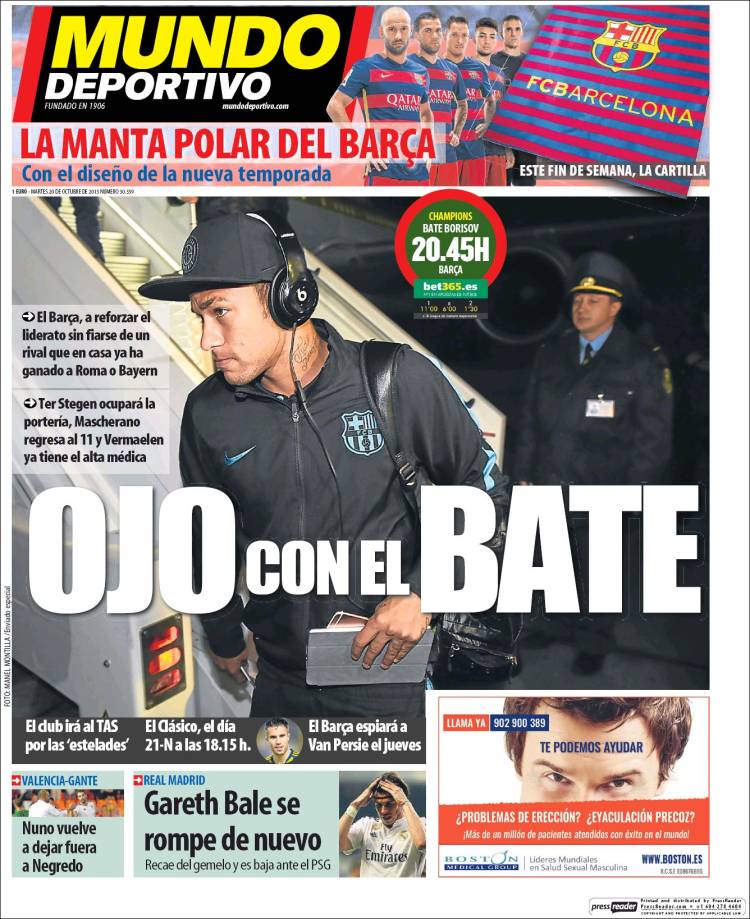 Beware of the BATE

Barca, to strengthen the leadership without relying on a team that has already won at home to Roma and Bayern

Ter Stegen occupies the goal, Mascherano returns to the 11 and Vermaelen already has medical clearance

The club will go to CAS for the ‘Esteladas’

Barca to spy on van Persie on Thursday

Identical relapse and will miss PSG