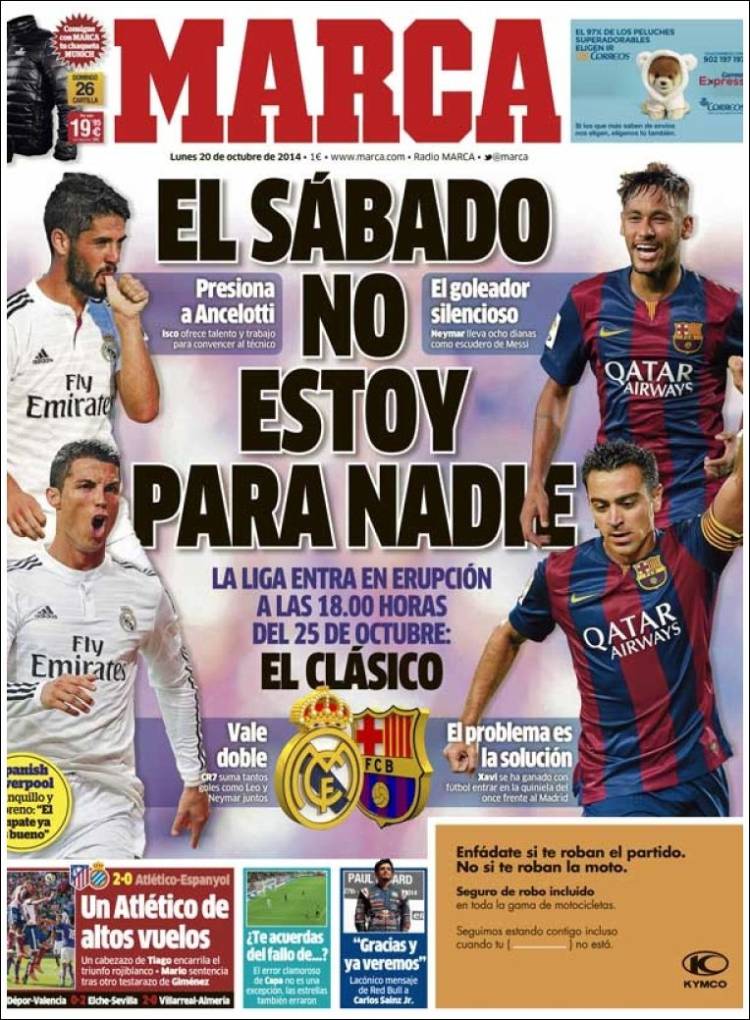 On Saturday I’m not available

La Liga set to erupt at 6pm on October 25

Pressure on Ancelotti; Isco offers talent and work to convince the boss

The silent goalscorer; Neymar has eight goals as Messi’s partner

Worth double; CR7 has as many goals as Leo and Neymar put together

The problem is the solution; Xavi has earned a place in the ‘quiniela’ for the starting line-up in Madrid with his football

Spanish Liverpool; Manquillo and Moreno: “A draw would be good”

Do you remember the miss by...? Capa’s error is not an exception: the stars also make mistakes 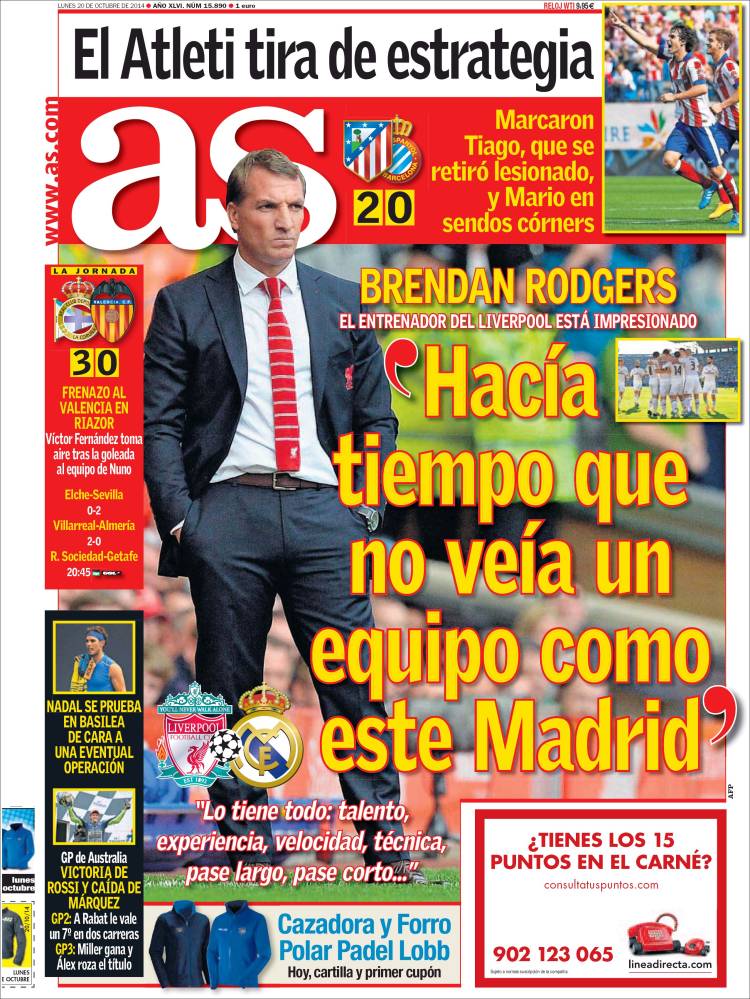 Brendan Rodgers: “I’ve not seen a team like Madrid for a long time”

The Liverpool Coach is impressed

Tiago, who came off injured, scored a goal, as did Mario, from two separate corners

Valencia slowed at Riazor: Victor Fernandez can breathe after the goalscoring show against Nuno’s team 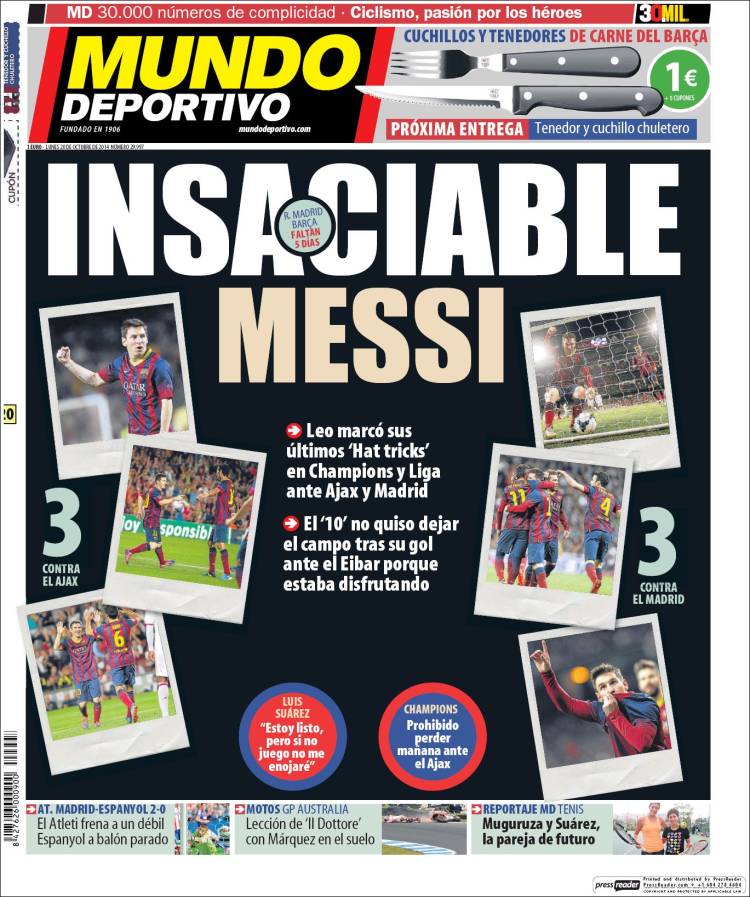