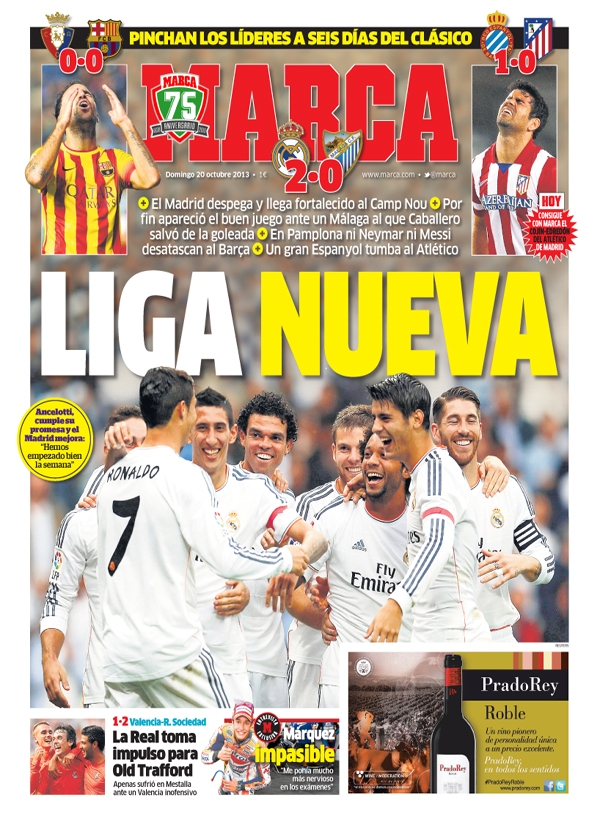 A new league
Madrid take care of Malaga and are ready for the Camp Nou
Finally Madrid got their game together and were it not for Caballero it would have been a thrashing
In Pamplona, Neymar nor Messi could do the job to Barca
A great Espanyol display undid Atletico
Ancelotti fulfills his promise as his side improve
"We have started the week well"
La Real get on form ahead of Old Trafford
They hardly suffered at the Mestalla against a defensive Valencia side
Marquez incredible

"I was nervous in the final stages" 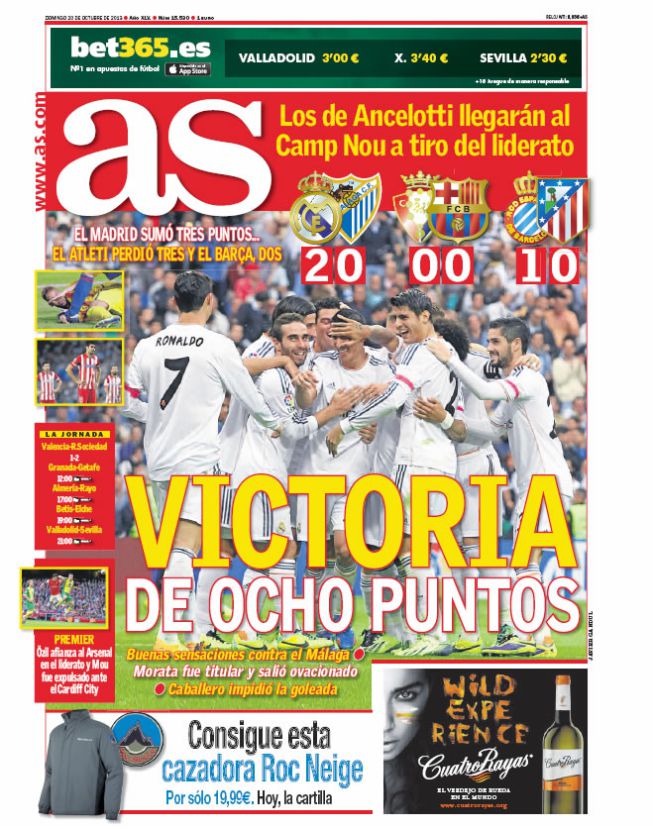 An eight point victory
The good times return against Malaga
Morata started the game and left to an ovation
Caballero prevented it being a thrashing
Ancelotti's side will arrive at the Camp Nou with the number spot in view
Madrid take all three points
Atleti lose three, Barca lose two

Premier League: Ozil takes Arsenal to the top and Mou is sent off against Cardiff City 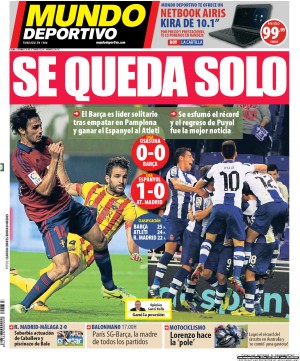 They are left alone at the top
Barca is the outright leader after their draw in Pamplina and Atletico defeated by Espanyol
The record ends but Puyol's return a real positive
Real Madrid 2-0 Malaga: Caballero unstoppable while Bale gets somet time
Handball: Paris SG v Barca, the mother of all matches