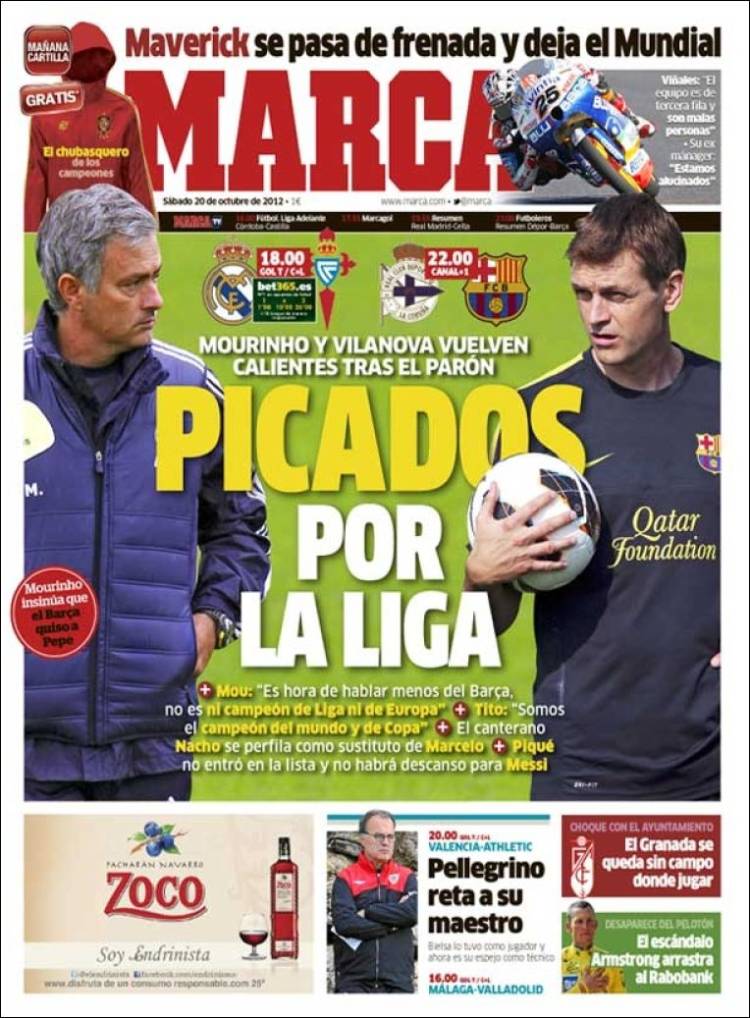 Mourinho and Vilanova return hot after the break

Mou: “It’s time to talk less about Barca, they are not League or European champions”

Tito: “We are World and Copa del Rey champions” 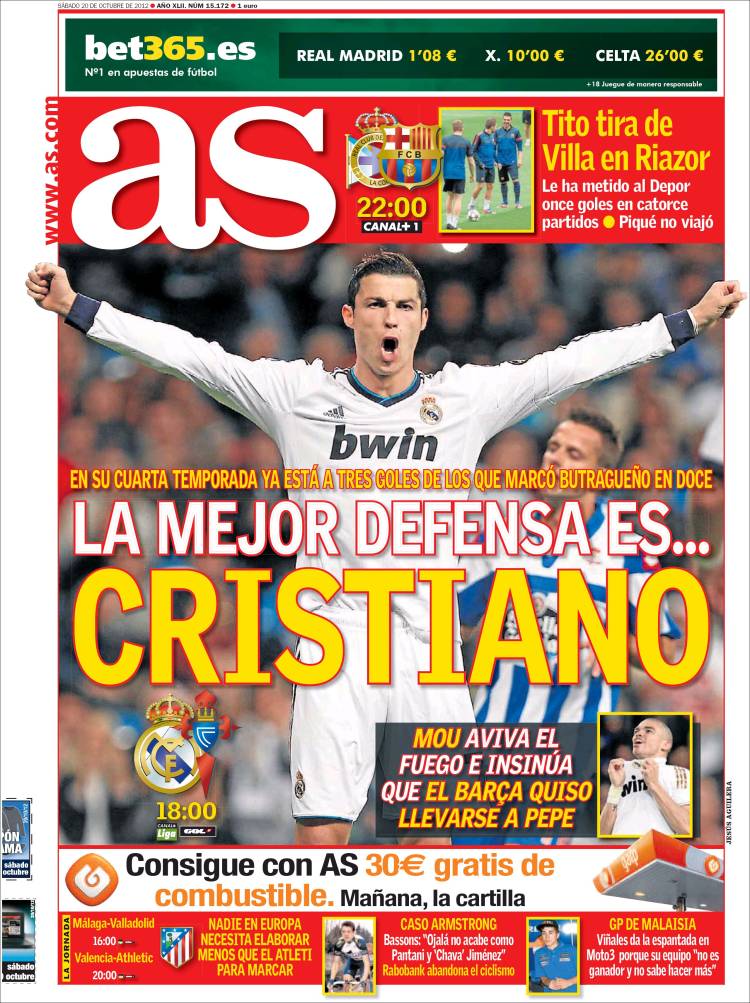 Pique does not travel

Nobody in Europe needs to elaborate less than Atleti to score 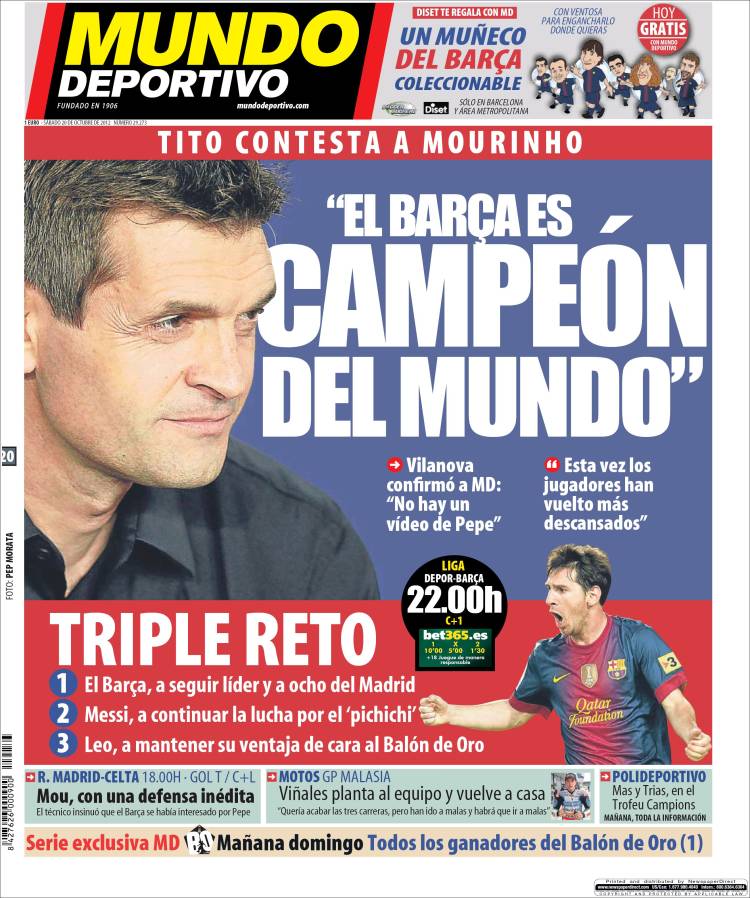 Vilanova confirms: “There is no video of Pepe”

“This time the players have returned more tired"

2 Messi, to continue the fight for the Pichichi

3 Leo, to maintain his advantage regarding the Ballon d’Or

Mourinho with a brand new defence