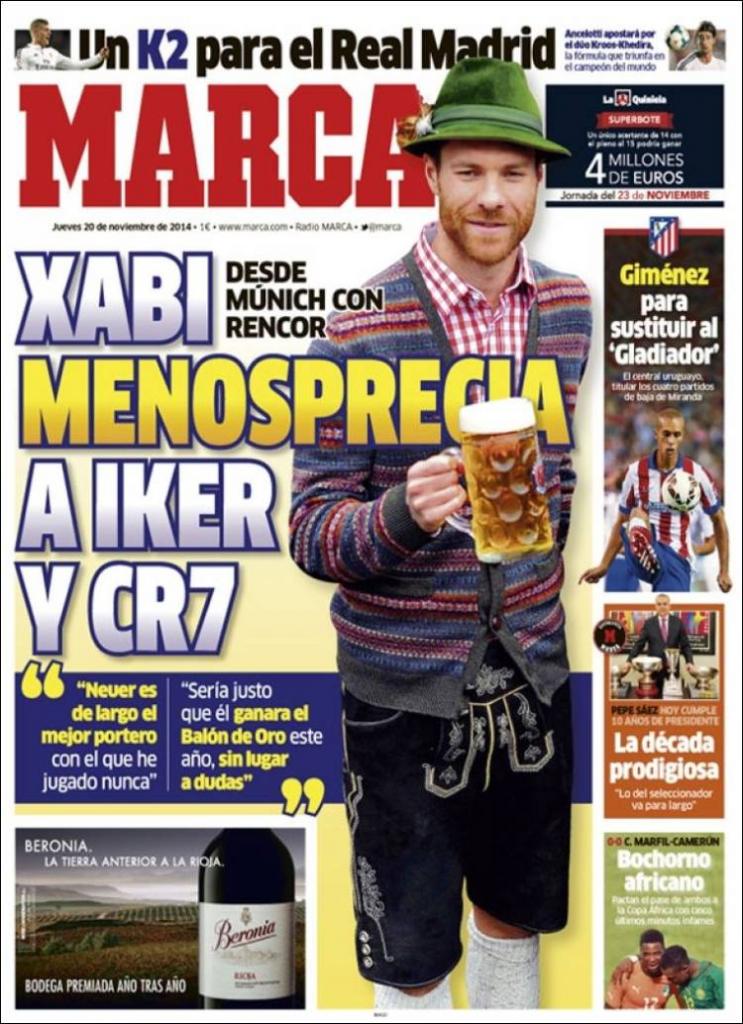 From Munich with bitterness

“It would be fair if he won the Ballon d’Or this year, without a doubt”

A K2 for Real Madrid

Ancelotti will bet on the Kroos-Khedira duo, the formula that worked in the World Cup

Jimenez to stand in for the ‘Gladiator’: the Uruguayan centre-back will be in the starting line-up for the four games Miranda is out 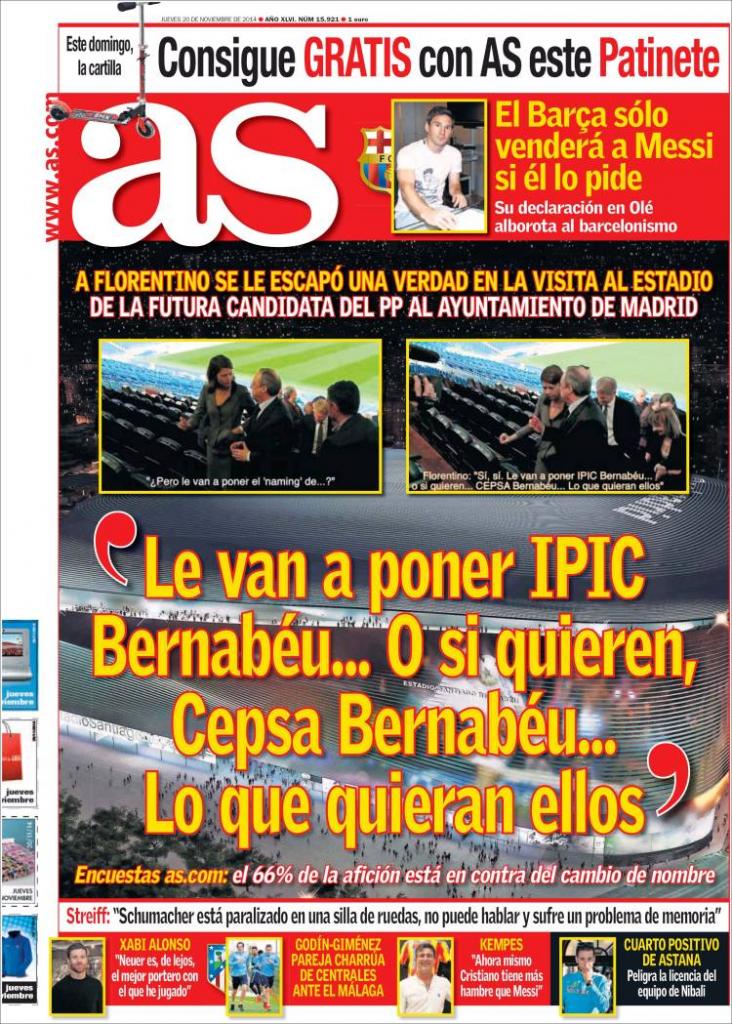 “They are going to put IPIC Bernabeu on it...or, if they want, Cepsa Bernabeu...or whatever they want”

AS survey: 66 per cent of fans are against the change of name

Barca will only sell Messi if he asks: his declaration in Ole disturbs the Barcelona fans

Xabi Alonso: “Neuer is by far the best goalkeeper I’ve played with” 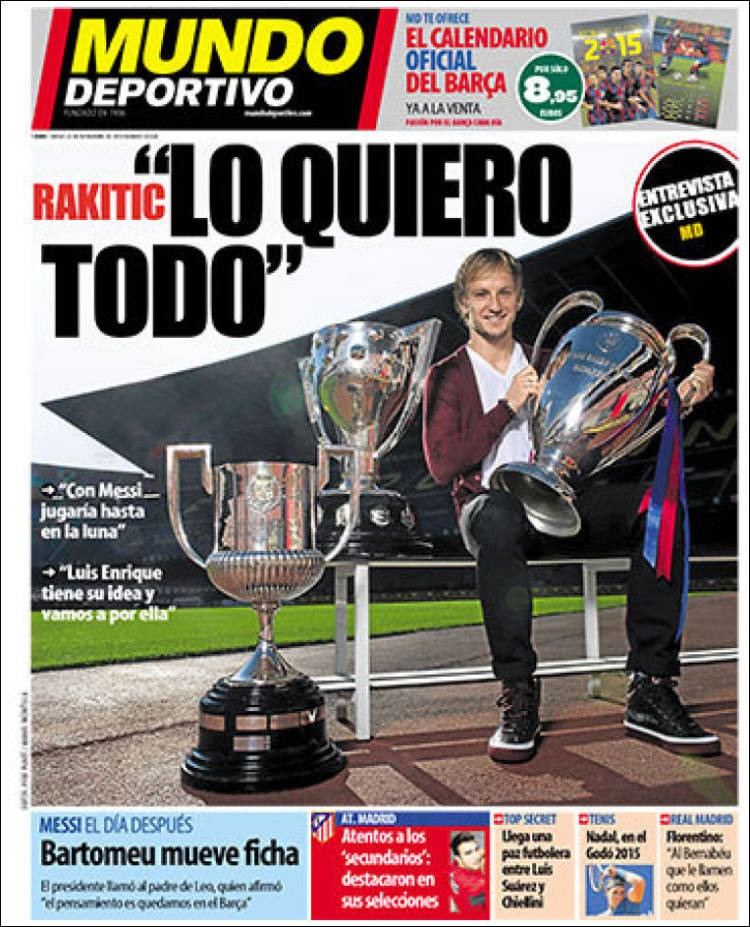 Rakitic: “I want everything”

“With Messi...I’d play with him until the moon”

“Luis Enrique has his ideas and we are behind him”

Messi the day after: Bartomeu makes a move

The President calls Leo’s father, who confirms “his thinking is to remain at Barca”

Attention on the ‘second string’: they stand out with their national teams

Florentino: “They can call the Bernabeu what they want”

Football peace breaks out between Luis Suarez and Chiellini