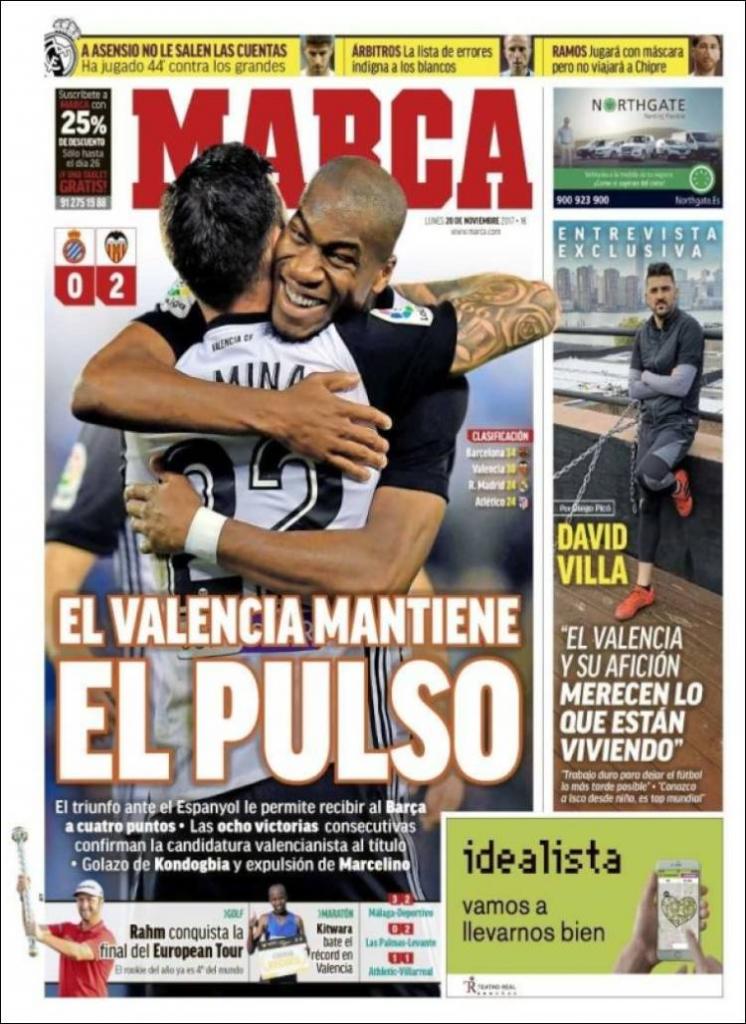 Ramos will play with a mask but won't travel to Chipre

Villa: Valencia and their fans deserve what they are living 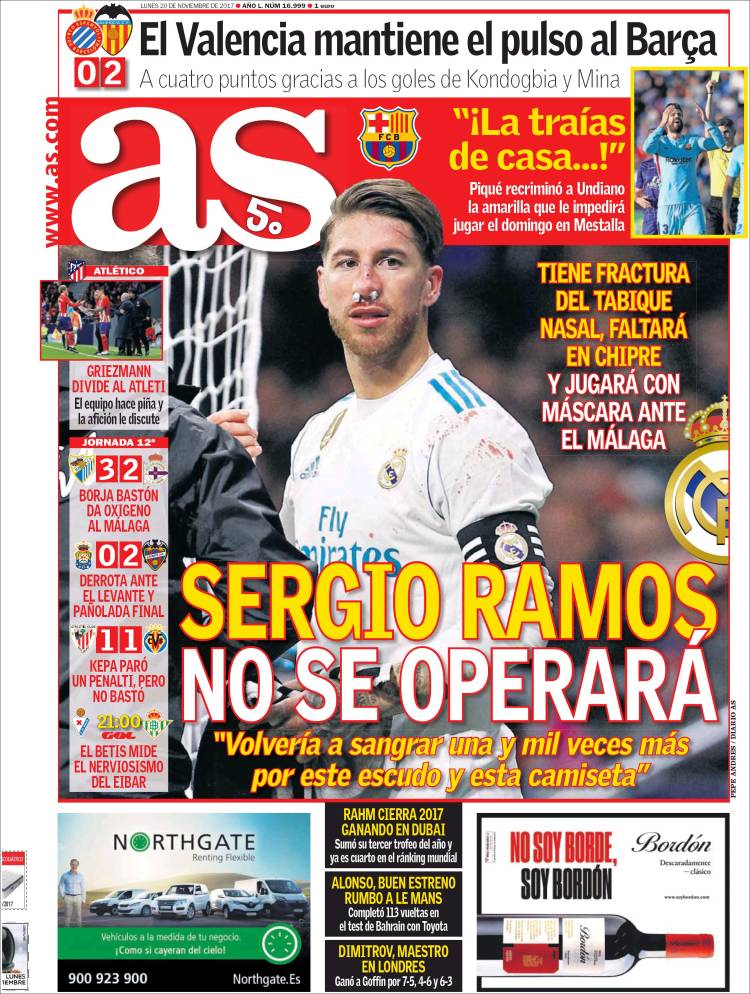 Sergio Ramos won't be operated on

Has a fractured nose, won't travel to Chipre and will play with a mask against Malaga

Defeat against Levante the final straw

Kepa saves a penalty but it's not enough 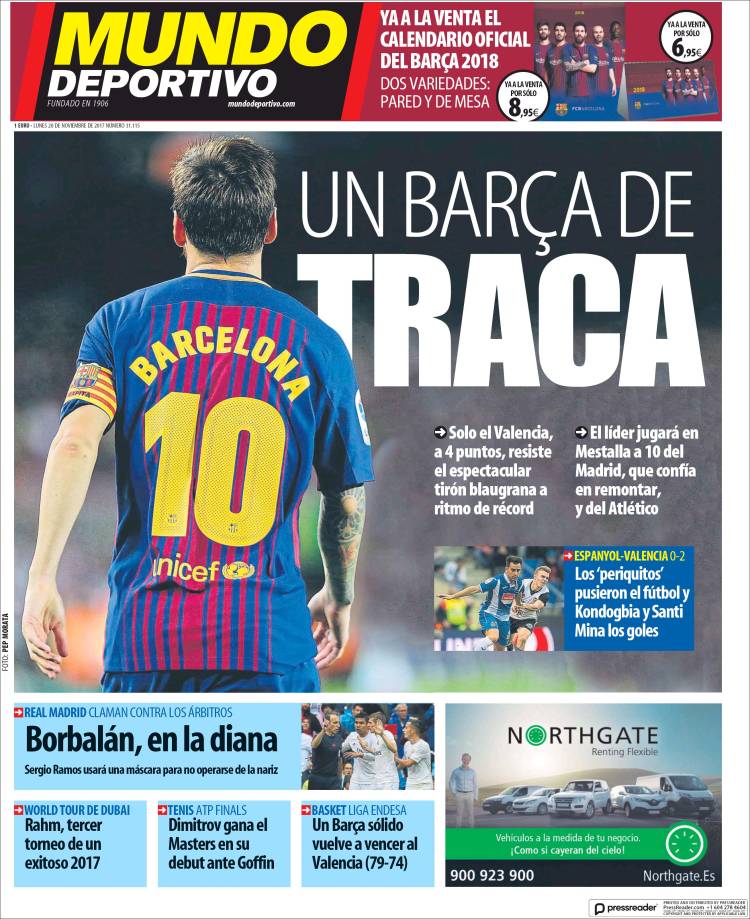 Only Valencia, 4 points back, fighting with incredible Barca start, the leaders go to Mestalla 10 points clear of Madrid and Atletico

Valencia win at Espanyol with Kondogbia and Mina goals

Borbalan, in the bullseye - Sergio Ramos will need mask to play