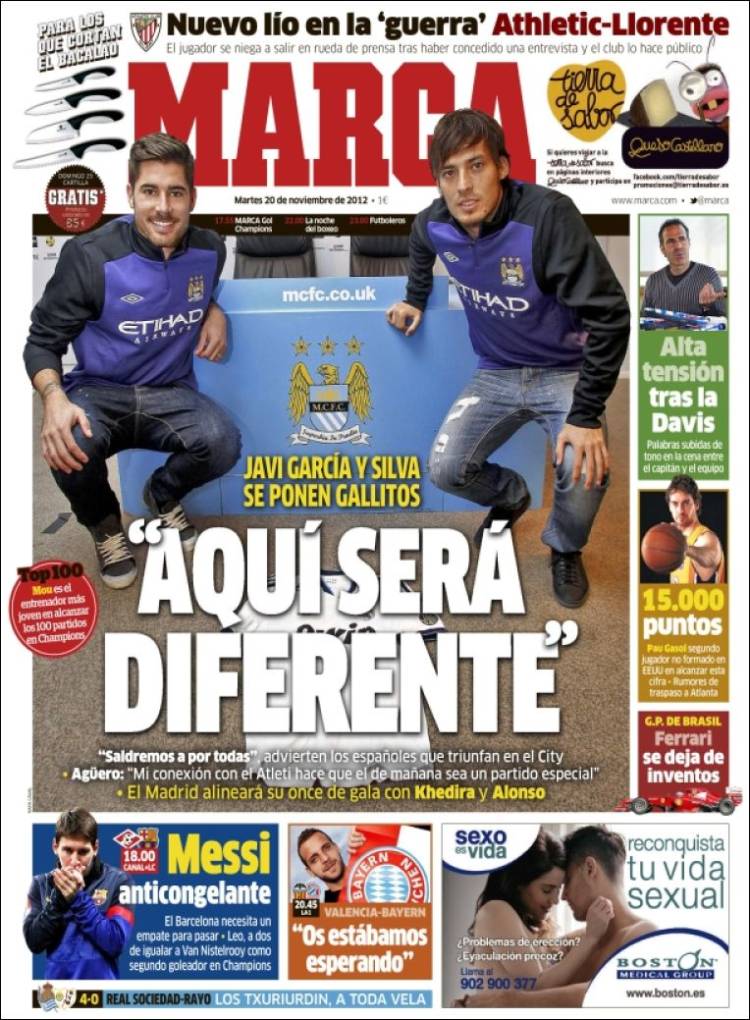 “It will be different here” – Javi Garcia and Silva stand tall

“We will go out and give everything,” warn the Spaniards who have been a success at City

A new mess in the Athletic-Llorente ‘war’

Leo, two away from equalling Van Nistelrooy as second-highest goalscorer in the Champions League

Valencia-Bayern: “We’re waiting for you”

The Txuri-urdin on a full sail 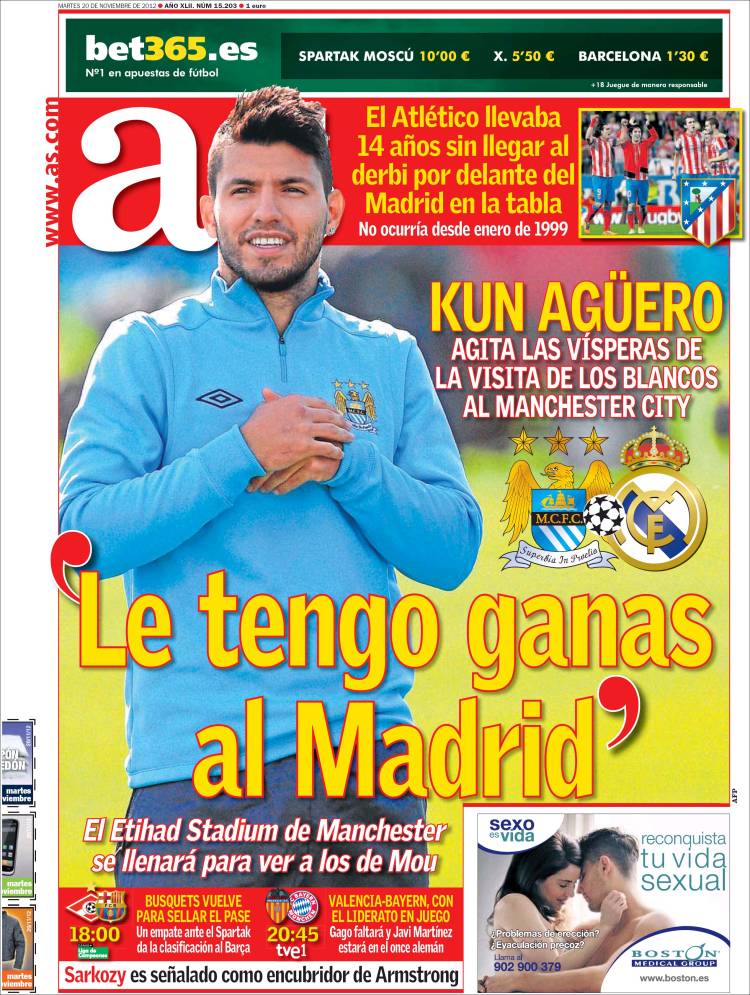 Busquets back to seal qualification: a draw against Spartak means Barca will go through

Valencia-Bayern with the title of group leaders to play for 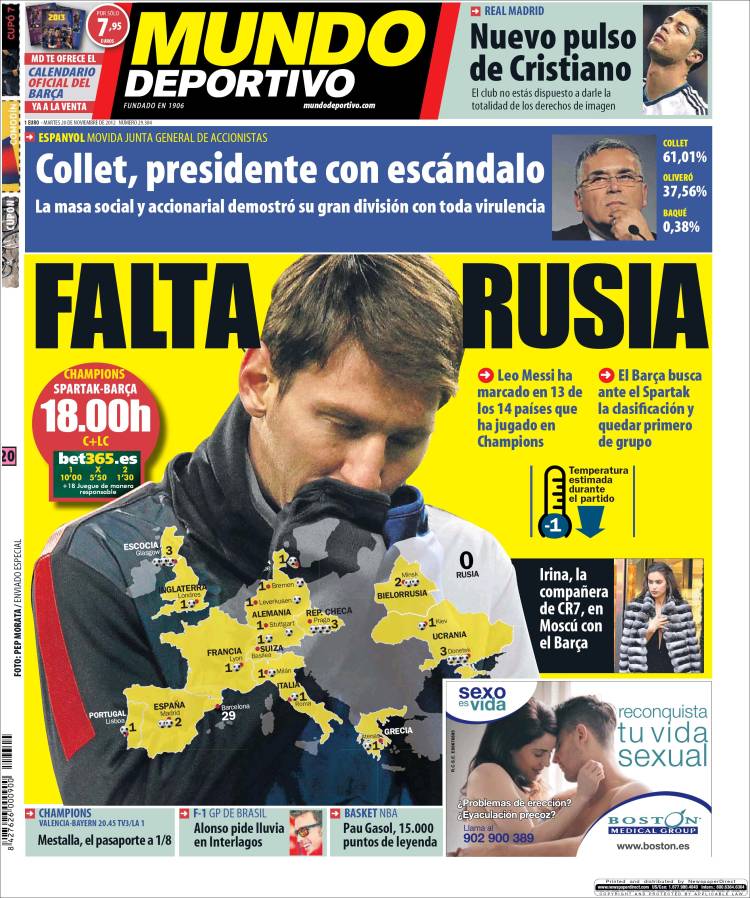 Temperature estimated at -1 during the game

New Cristiano showdown: the club will not concede all his image rights

Collet, a President with scandal: the members and shareholders show great division with their vitriol

Mestalla, passport to the last 16