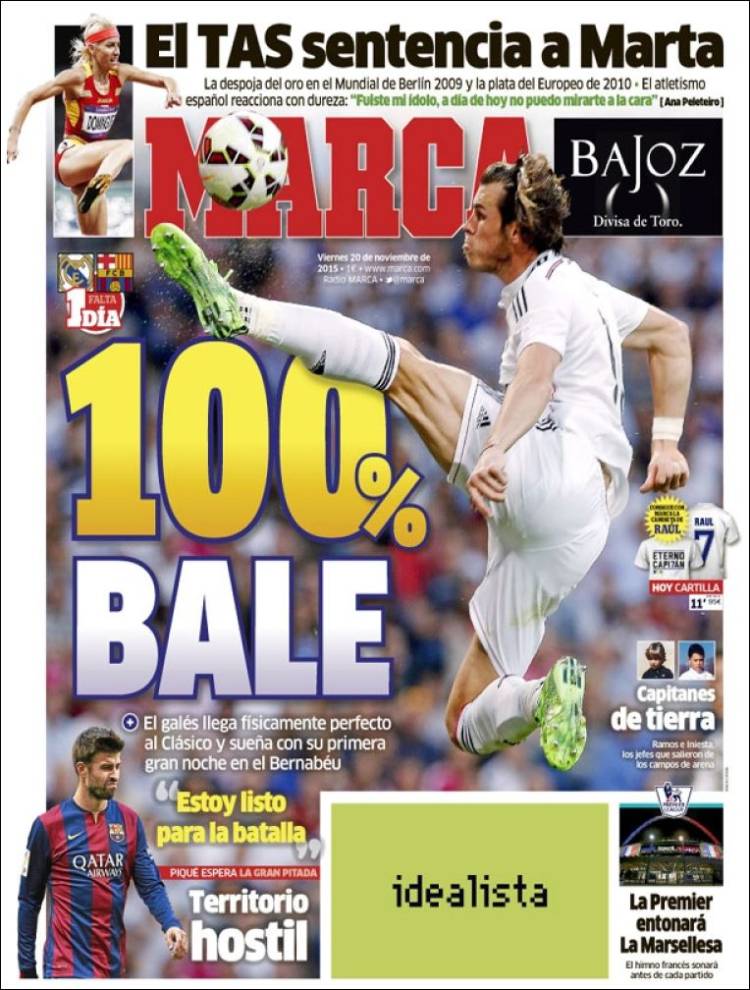 The Welsh arrives for the Clasico in perfect physical condition

He dreams of his first big night at the Bernabeu

Captains of the land

Ramos and Iniesta, the chiefs who will lead their teams out

The French anthem will be played before each game 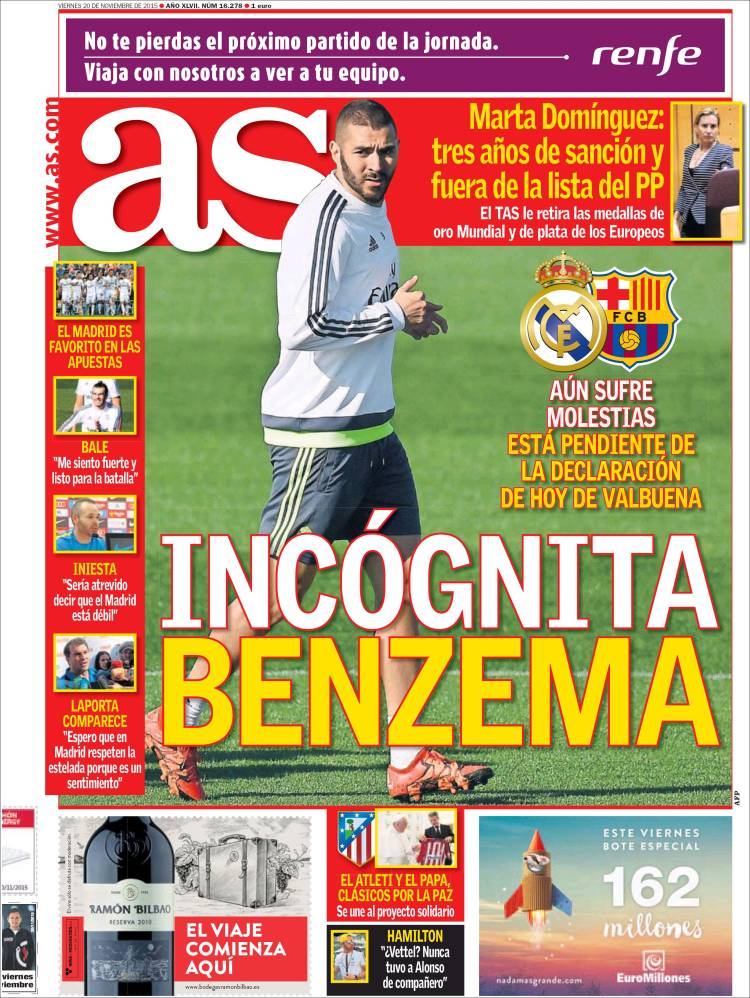 He awaits today’s statement from Valbuena

Madrid are the bookmakers’ favourites

Bale: “I feel strong and ready for battle”

Iniesta: “It would be bold to say that Madrid are weak”

“I hope Madrid respect the estelada because it has feeling”

Atleti and the Pope, Clasicos for peace

The former join the charity project 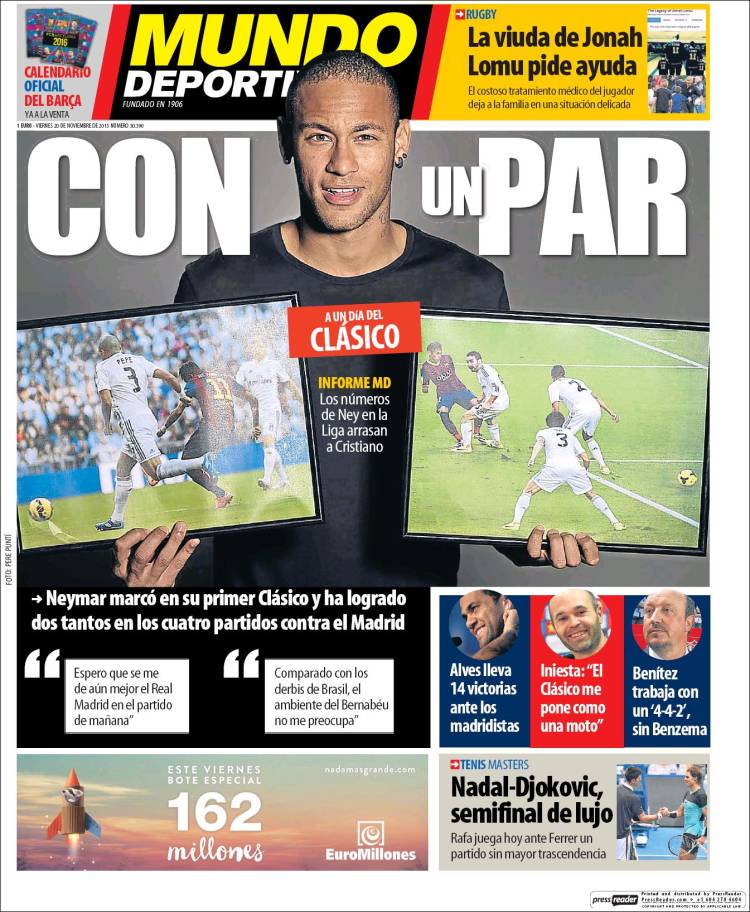 A day until the Clasico

“I hope to play even better against Real Madrid tomorrow”

“Compared with derbies in Brazil, the Bernabeu environment does not worry me”

Alves has 14 victories over Real Madrid

Iniesta: “The Clasico gets me going like a motorbike”

Benitez tries out a 4-4-2 without Benzema