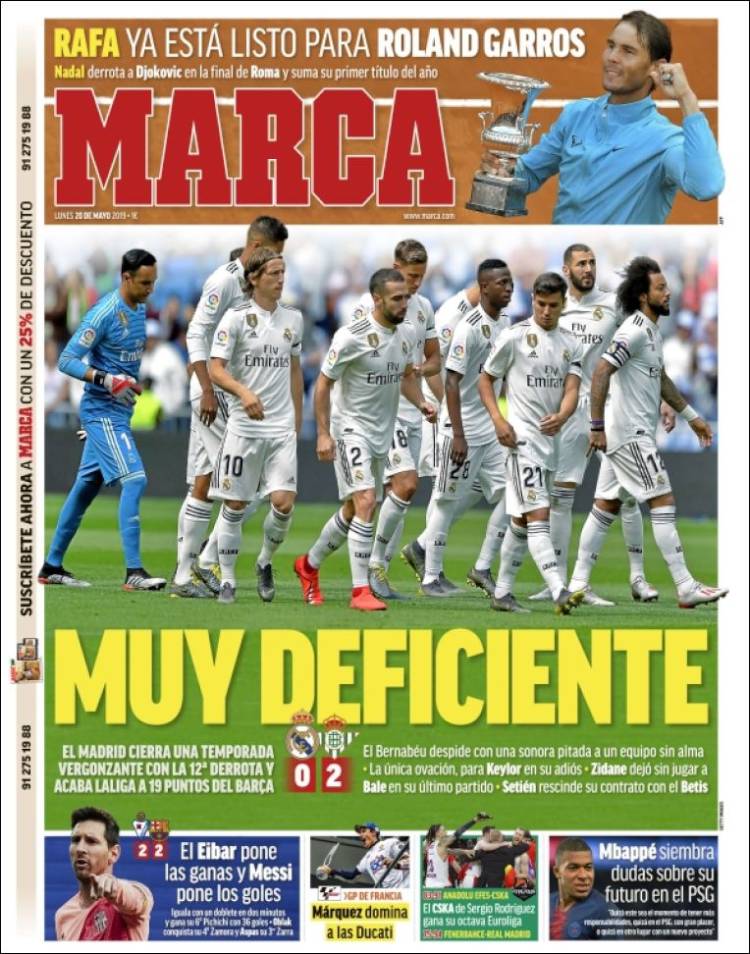 Madrid close the league season with their 12th defeat, 19 points from Barcelona

Eibar with the desire, Messi with the goals 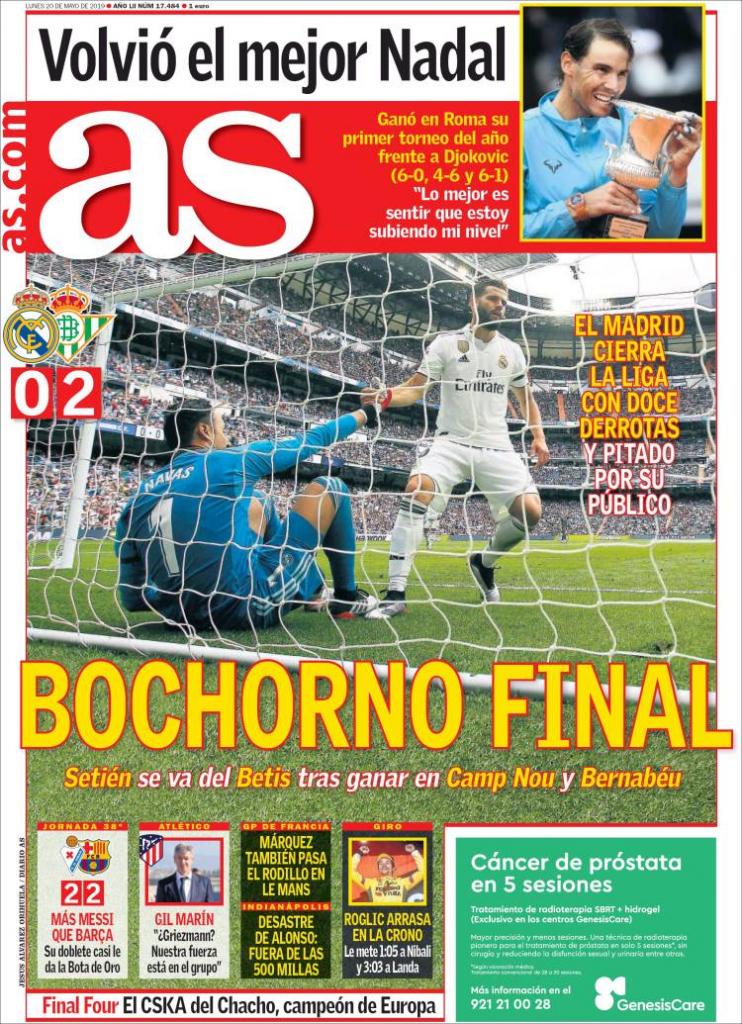 Gil Marin: Griezmann? Our strength is in the group 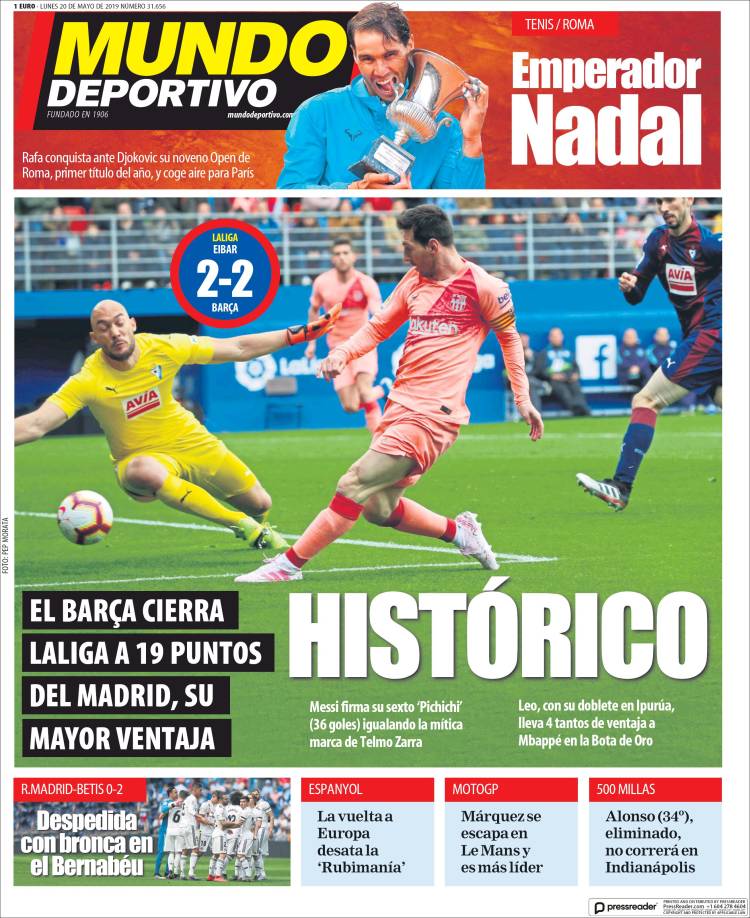 Barcelona end the league season 19 points ahead of Real Madrid, it's biggest window

Messi gets his sixth Pichichi with 36 goals, scores a double at Eibar

Dismissed with anger in the Bernabeu