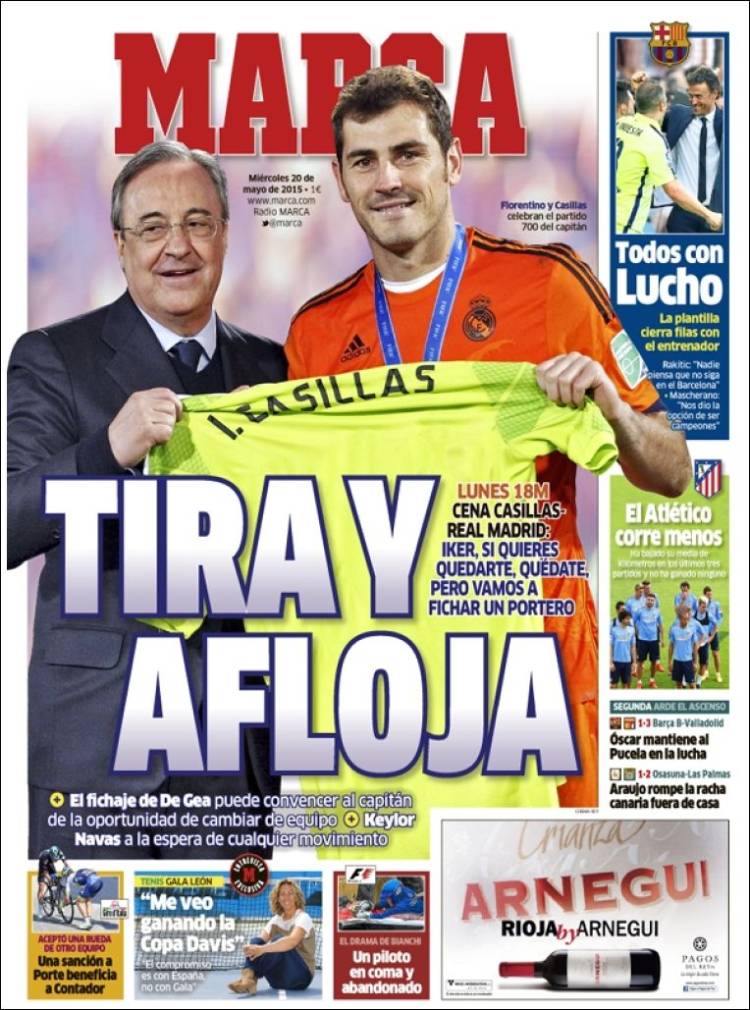 Monday May 18. Real Madrid: Iker, if you want to stay then stay but we are going to sign a goalkeeper

Keylor Navas waiting for any movement

The squad closes ranks with the Coach

Rakitic: “Nobody thinks he won’t carry on at Barcelona”

Mascherano: “He gave us the opportunity to become champions”

Araujo halts the Canarian team’s good run away from home 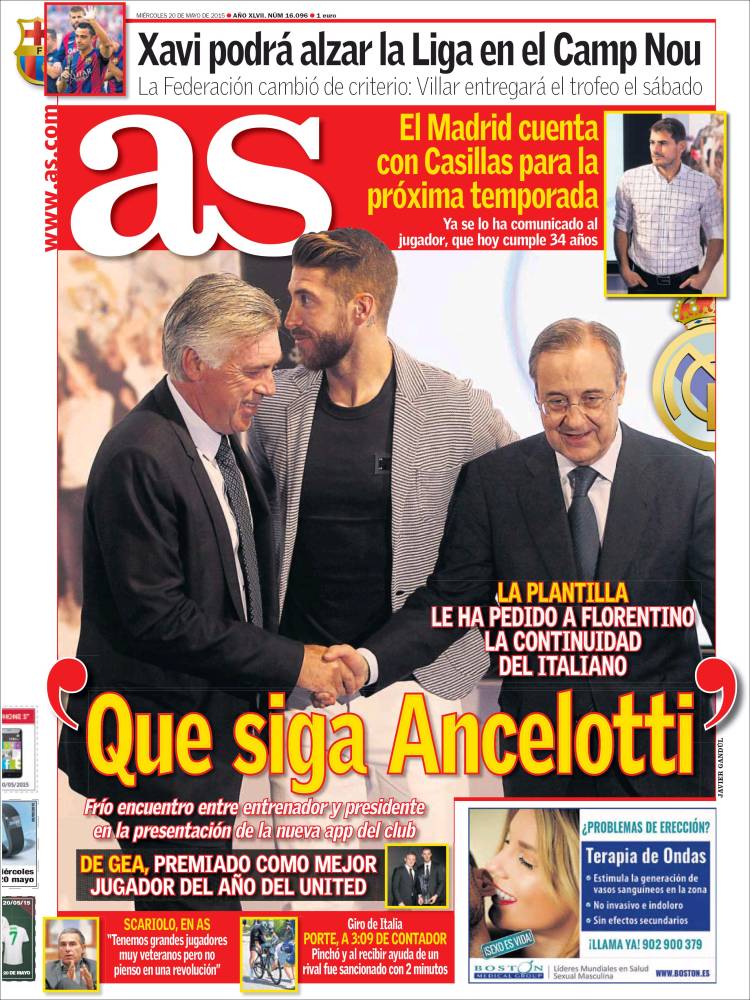 The squad have asked Florentino for the Italian’s continuity

De Gea, awarded Player of the Year by United

Madrid count on Casillas for next season. They have already informed the player, who is 34 today

The Federation changes its criteria: Villar will present the trophy on Saturday 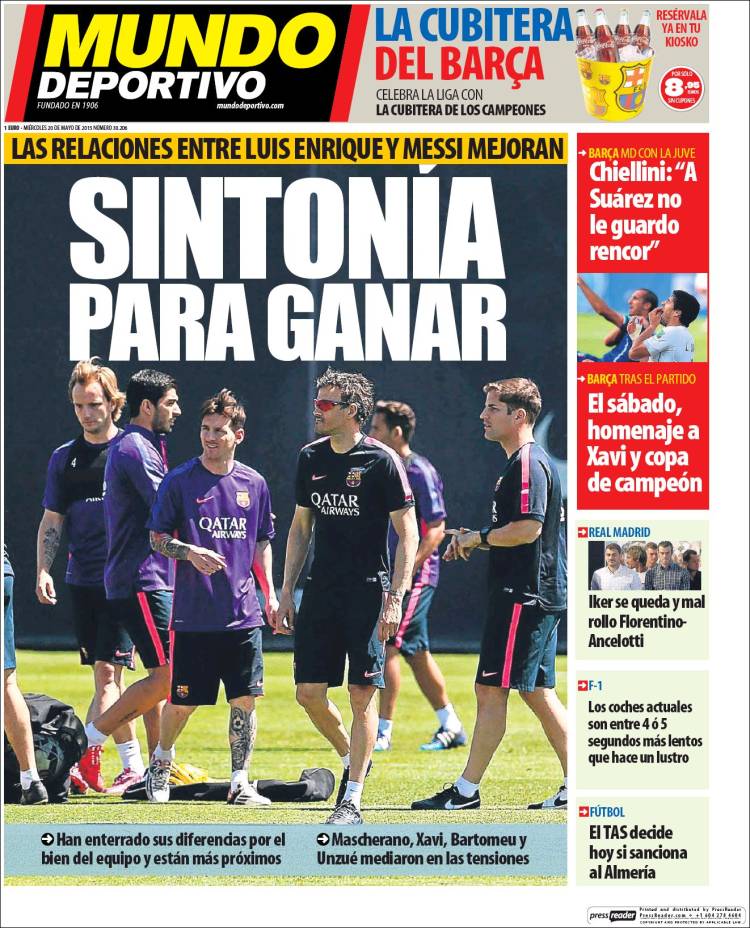 Tuned in to win

The relationship between Luis Enrique and Messi improves

Mascherano, Xavi, Bartomeu and Unzue mediate in the tension

Chiellini: “I don’t hold a grudge against Suarez”

Saturday, a tribute to Xavi and the champions trophy