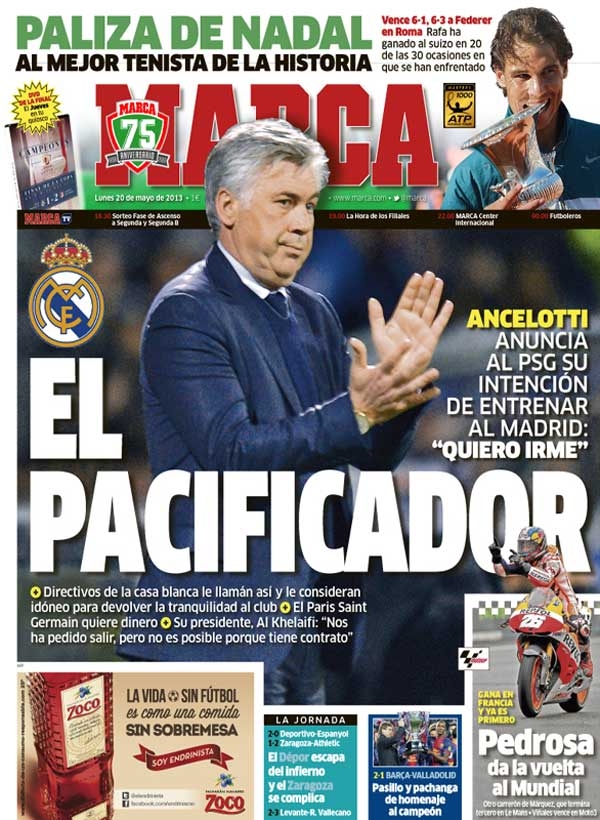 Ancelotti tells PSG this intention is to train Madrid: "I want to leave"

Their president, Al Khelaifi: "He has asked us to leave, but it is not possible because he has a contract"

Matchday: Depor escape from hell, things are complicated for Zaragoza

Barca 2-1 Valladolid: Celebrations as homage is paid to the champions

Moto GP: Pedrosa out on top

He wins in France and it is his first

Another beating from Nadal

The best tennis player in history 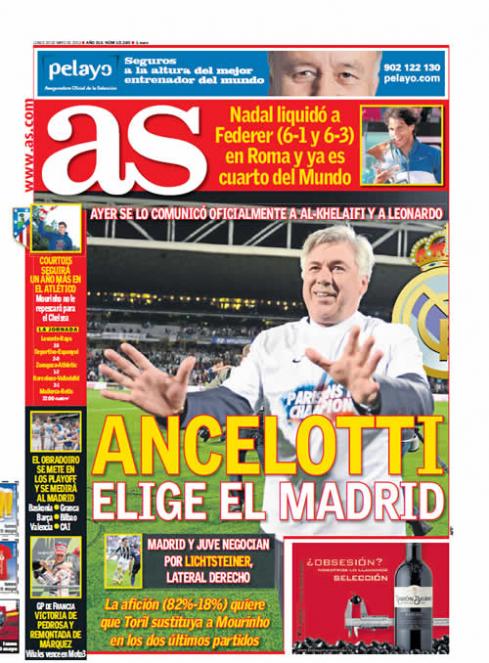 Madrid and Juve negotiating for Lichsteiner, the right back

Courtois will continue at Atletico for another year

Mourinho does not give him a second chance at Chelsea

Obradoiro in the playoffs and will play Madrid

French GP: Victory for Pedrosa and a comeback from Marquez 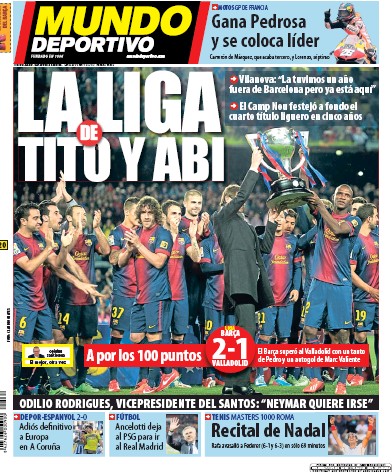 Vilanova: "It has been one tough year but we are here"