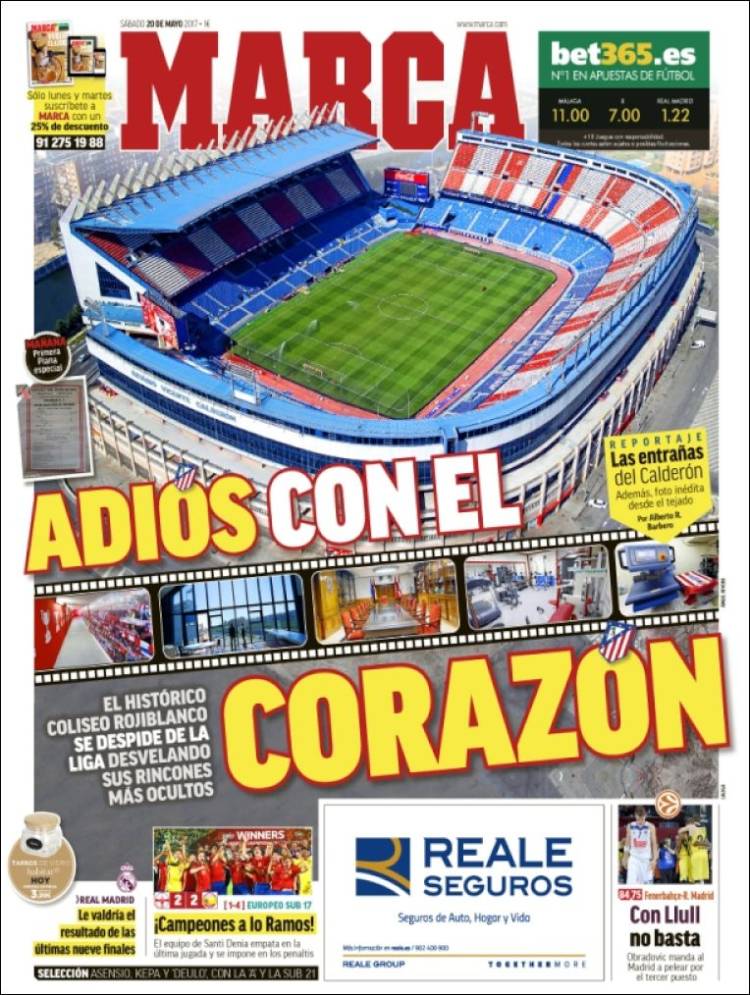 Goodbye with the heart

It would be worth the result of the last nine finals

Champions thanks to ‘a Ramos’!

Asensio, Kepa and ‘Deulo’, with the seniors and Under 21s 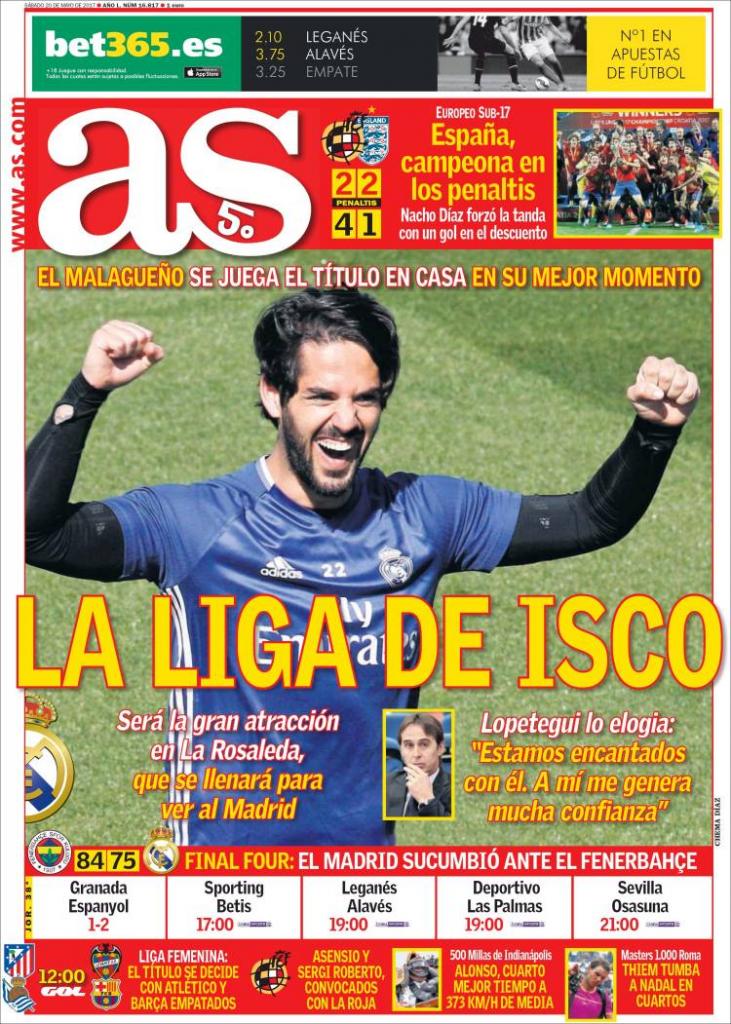 The malagueno plays for the title at his home, in his best form

He will be the great attraction at La Rosaleda, which will be filled to see him

Lopetegui praises him: “We’re delighted with him. He gives me a lot of confidence”

Nacho Diaz forced the shootout with a goal in stoppage time

The title is decided today, with Atletico and Barca level

Asensio and Sergi Roberto, called up by La Roja 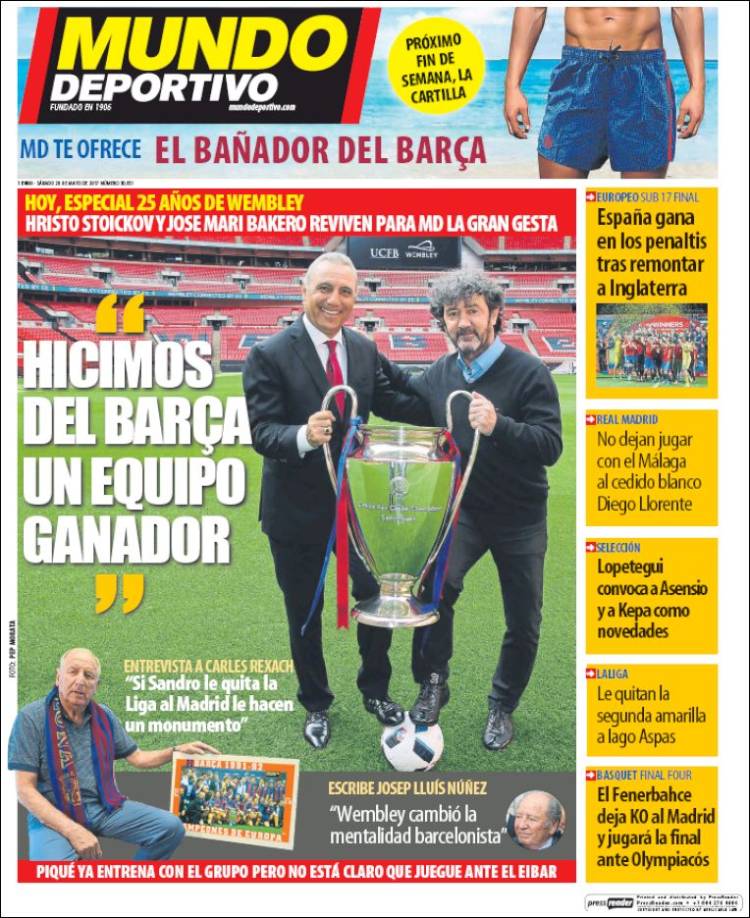 “We turned Barca into a winning team”

“If Sandro takes the League away from Madrid, they should make him a monument”

Pique back training with the group, but it is not clear if he will play against Eibar

Spain win on penalties after coming back against England

Lopetegui calls up Asensio and Kepa as new faces