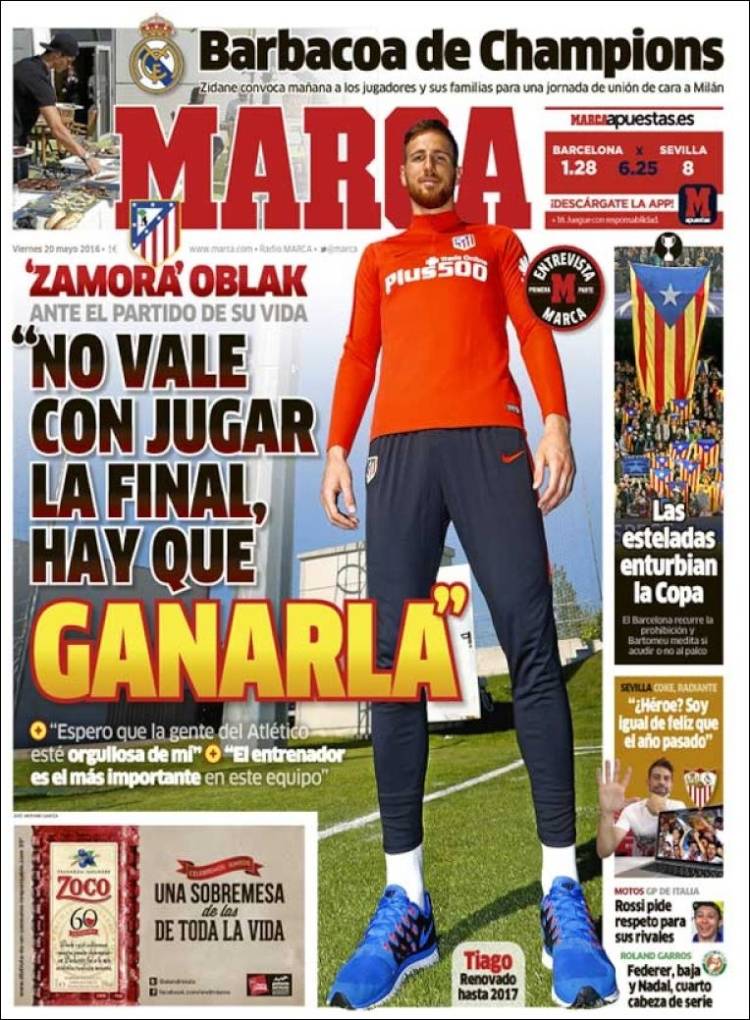 “Playing the final doesn’t mean anything, it must be won”

‘Zamora’ Oblak before the game of his life

“I hope the Atletico fans are proud of me”

“The Coach is most important to this team” 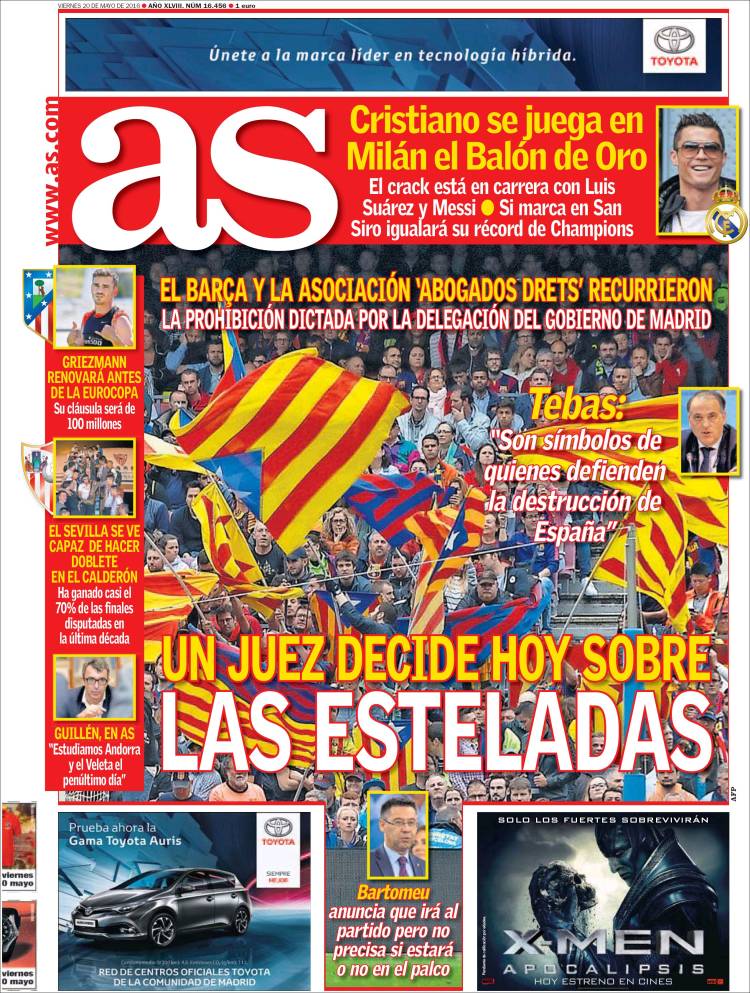 A judge will decide on esteladas today

Barca and the association ‘DRETS Lawyers’ have appealed

The ban was issued by the Government’s Delegation in Madrid

Tebas: “They are symbols that advocate the destruction of Spain”

Cristiano plays for the Ballon d’Or in Milan

The ‘crack’ is in a race with Luis Suarez and Messi

If he scores at San Siro, he will equal his record in the Champions League

Griezmann will renew before the Euros

His release clause will be €100m

Sevilla can achieve a double at the Calderon 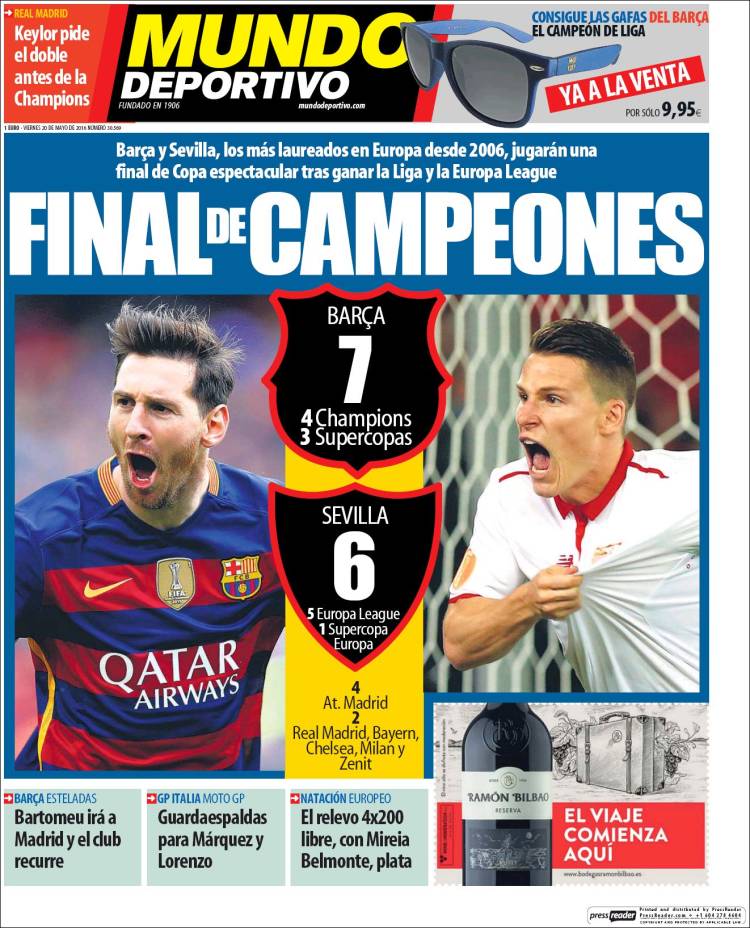 Barca and Sevilla, the most successful clubs in Europe since 2006, will play a spectacular Copa final after they both won La Liga and the Europa League

Bartomeu goes to Madrid and the club appeal