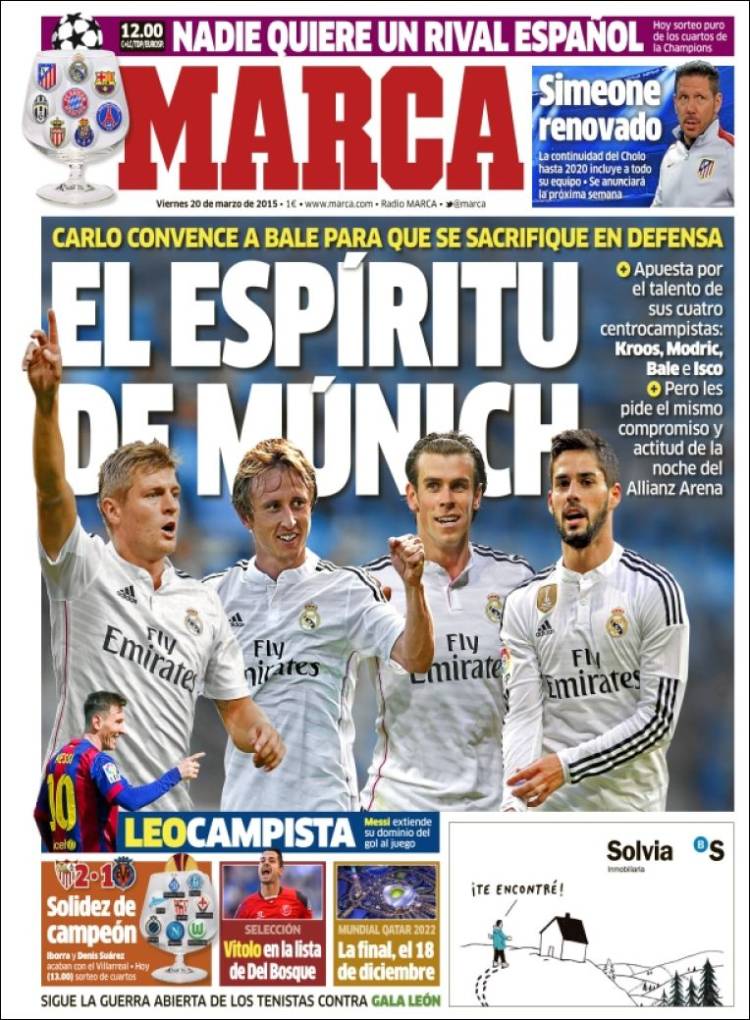 The spirit of Munich

He is counting on the talent of his four central midfielders: Kroos, Modric, Bale and Isco

Simeone renewed: Cholo’s continuity until 2020 includes all his team. It will be announced next week

Nobody wants a Spanish opponent: today the draw is pure for the Champions League quarter-finals

A champion’s solidity. Iborra and Denis Suarez see off Villarreal. The quarter-final draw is today 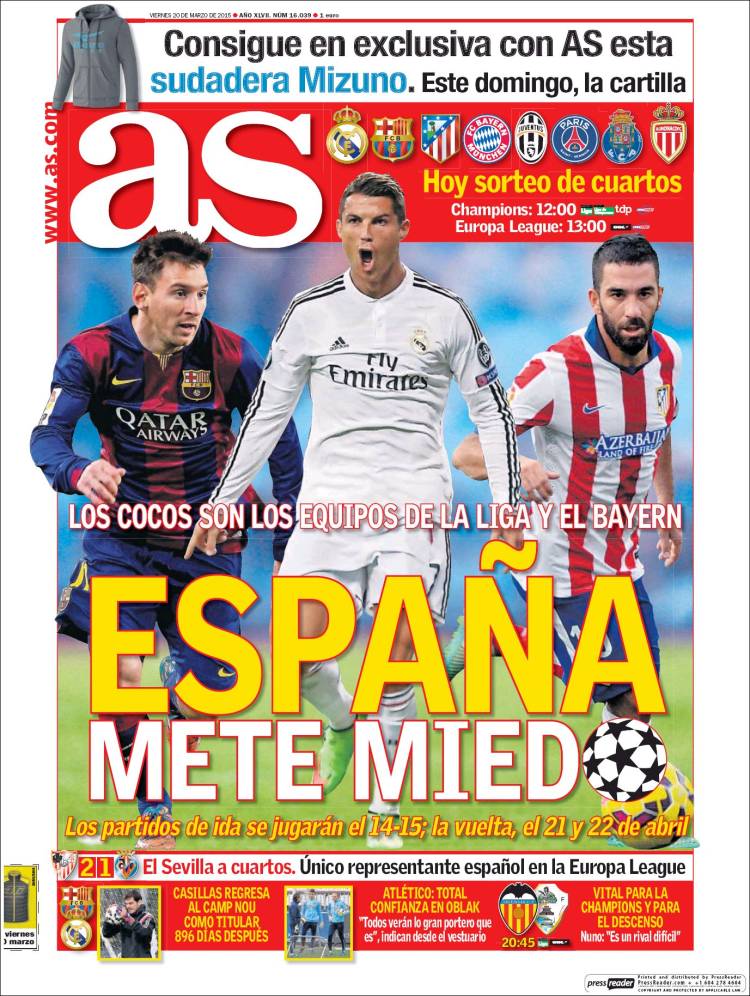 The big guns are from La Liga and Bayern

Sevilla into the quarter-finals. They are the only Spanish representative in the Europa League

“Everyone will see what a great goalkeeper he is”, they point out from the dressing room

Valencia-Elche, crucial for the Champions League and relegation

Nuno: “They are a difficult opponent” 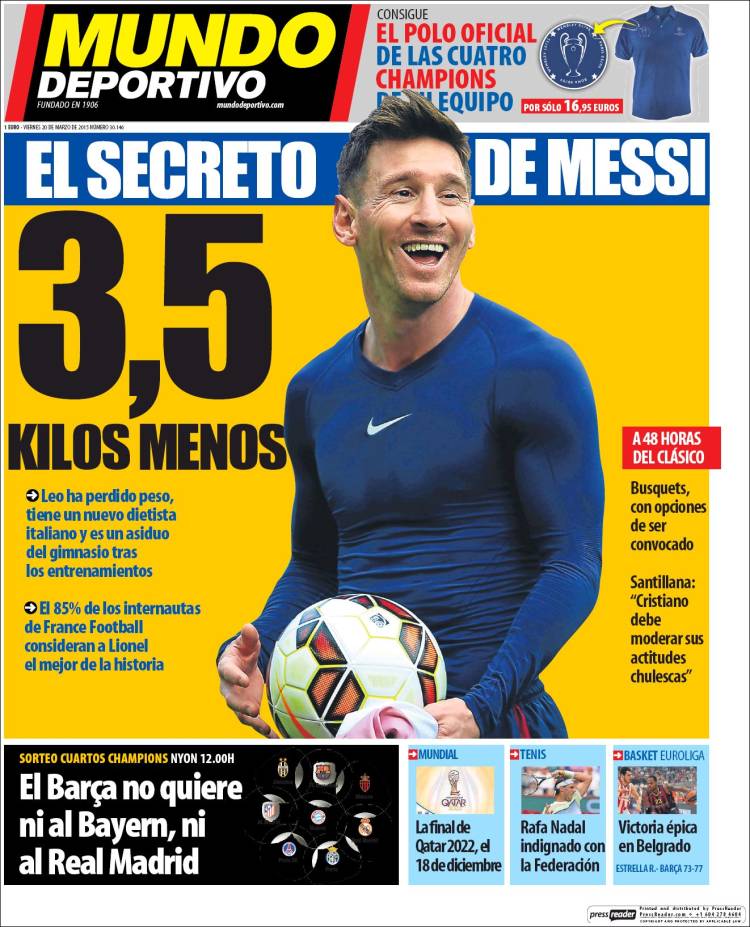 Leo has lost weight, has a new Italian dietician and is a regular in the gymnasium after training

48 hours away from El Clasico

Busquets, with a chance of being selected

Santillana: “Cristiano must tone down his cocky attitude”