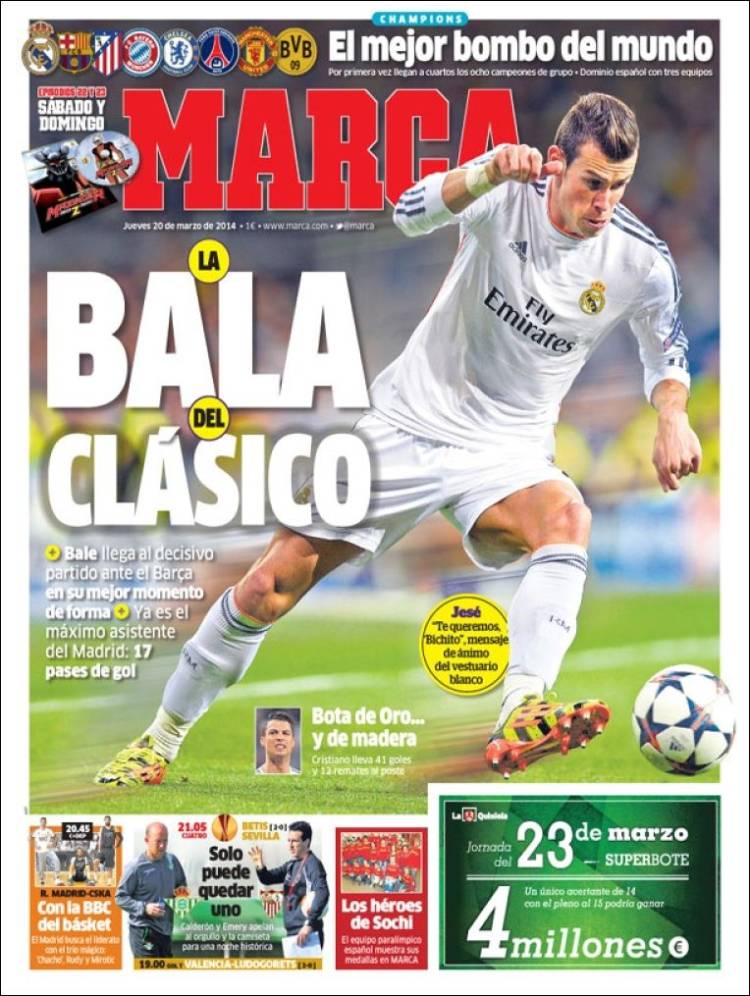 The bullet of the Clasico

Bale heads into the decisive game against Barcelona in great form

He has already provided the most assists for Real Madrid: 17

A boot of gold and wood...Cristiano has scored 41 goals and has hit the post 12 times

The best bunch in the world

Real Madrid - CSKA: With the BBC of Basketball

Only one can remain: Betis v Sevilla

The heroes of Sochi: The Paralympic team show their medals off to Marca 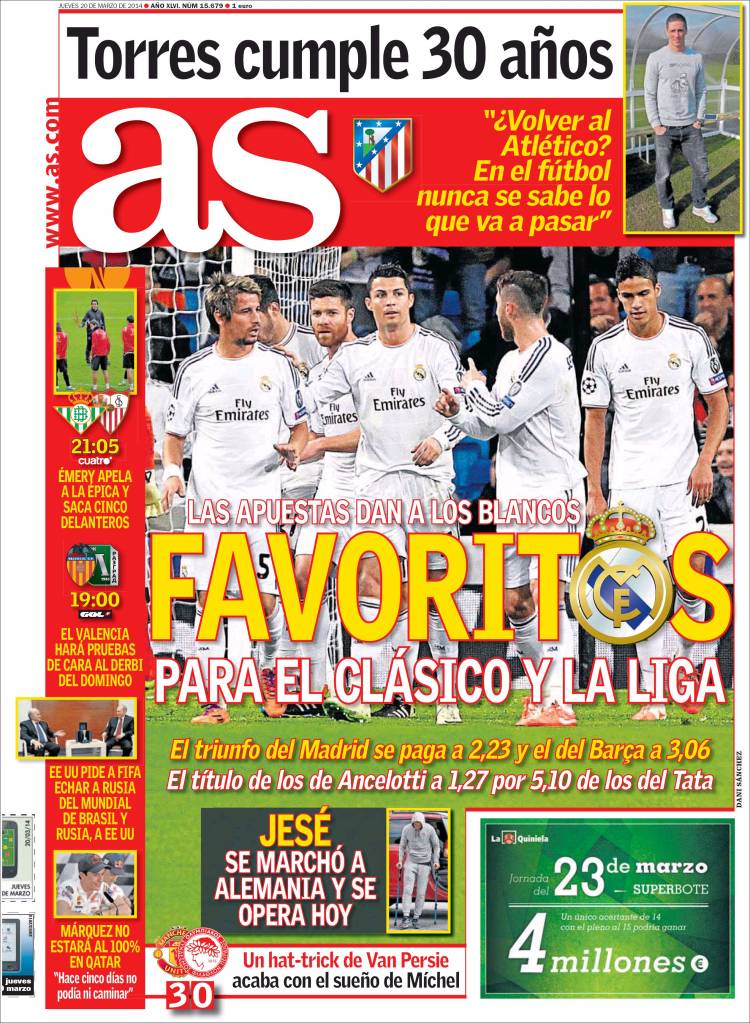 According to the betting houses, Los Blancos are favourites for the Clasico and La Liga

Jese goes off to Germany to be operated on today

"To return to Atletico? In football you never know what will happen"

Emery in need of an epic win, picks five forwards

Marquez will not be 100 per cent in Qatar 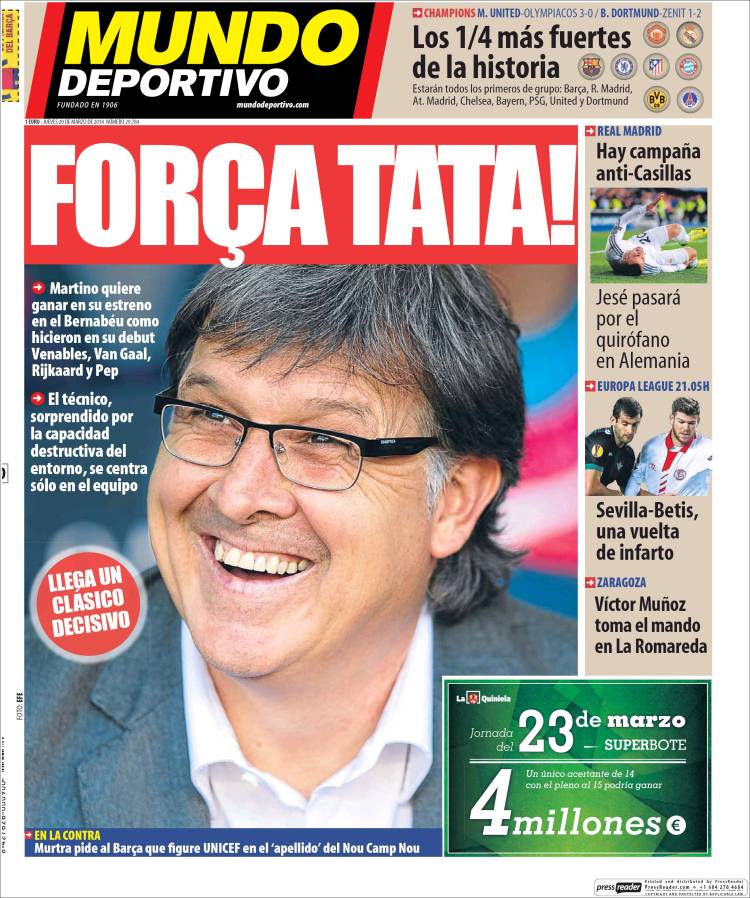 Martino wants to win on his debut at the Santiago Bernabeu just like Rijkaard, van Gaal, Venables and Pep did on their debuts

All the group winners progress to the quarter finals

Today there is a campaign against Casillas

Jese will go under the knife in Germany

Victor Munoz takes over the reins at La Romareda